This new app guides users on history walks around Vancouver

Historic sites don't exist on a planned path, so Chris King built an app to help guide visitors and locals along some of the best routes in the city.
Feb 2, 2021 9:46 AM By: Brendan Kergin 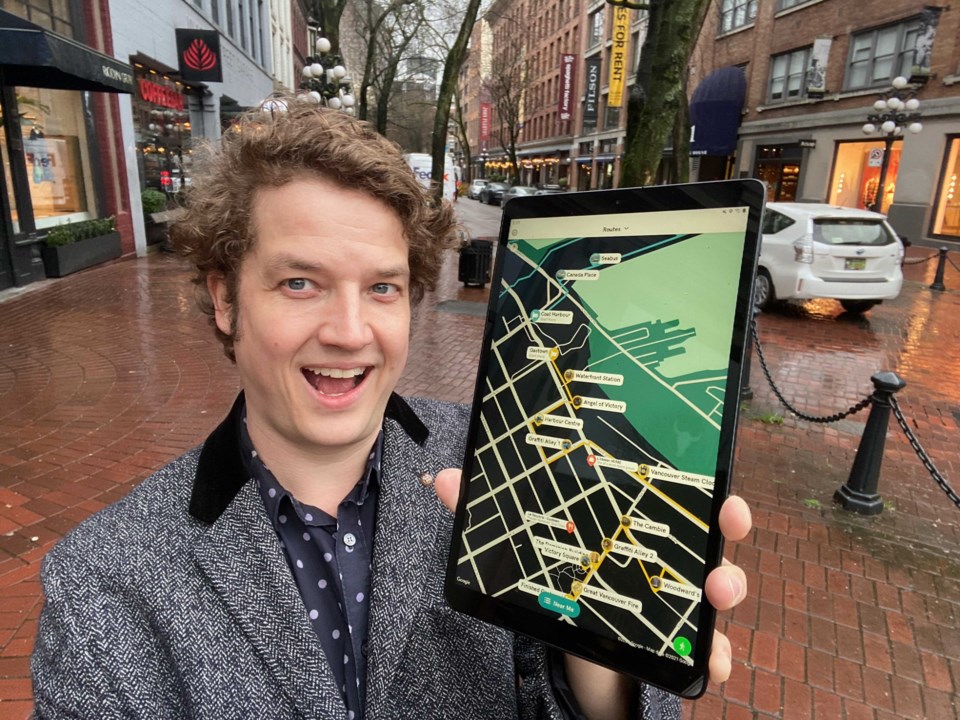 Local web developer Chris King has released his VanWalk app, which guides users along some of the best routes in Vancouver.Chris King

Historic sites don't exist on a planned path, so Chris King built an app to help guide visitors and locals along some of the best routes in the city.

The local web developer has spent years in the industry, but this time decided to strike out on his own with VanWalks, an app specifically built to guide people through historic walks around the city.

"I got the inspiration back before the pandemic when there were still cruise ships coming into Vancouver," he tells Vancouver Is Awesome.

The thousands of visitors were often picked up by taxis and whisked away to sites all over the city. King wondered if he had something to offer as well, for anyone interested in a more pedestrian version of Vancouver. At first, he thought about doing bike tours but realized he could only do that as a one-on-one gig.

With the app, King can offer tours to a lot more people. When he searched around there wasn't anything quite like he was envisioning (though there is another Vancouver history app), so he built himself (with some help from a team of local freelancers).

Instead of breaking up the tour into specific subjects, like art or architecture, the VanWalks routes cover a broad subject matter, so people aren't treading the same route over again.

He's just launched the app, at the end of January. So far there are three routes: Gastown, Chinatown and Coal Harbour (leading people from Canada Place to Stanley Park, a popular destination).

"The main reason I chose those first is I actually live in Gastown," he says. "It made sense to start with the things around me."

Coal Harbour was a bit of a surprise he says, with more history than he expected.

All three routes are accessible for free right now, though as he adds more routes King plans on offering some premium in-app purchases. Other routes will stay free. Long term he hopes to branch out to other cities.

While it was initially targeted at tourists, King is pivoting now to locals while the pandemic keeps visitors out of the city.

"Because of tourism being shut down right now I’m going to be focusing on local Vancouverites who are looking for something to do," he says.

Right now the VanWalks app is available through Google Play and the Apple app store, and he has more information on his website.

This new app allows you to report all the weird smells you discover across Metro Vancouver
Dec 17, 2020 7:36 PM