You could be the new owner of this one-of-a-kind, double-decker food truck (VIDEO)

The 1966 English double-decker 'Buddha-bus' was found in a Vancouver Island forest, before being lovingly restored into a modern mobile takeout restaurant
Nov 8, 2020 7:34 PM By: Megan Lalonde 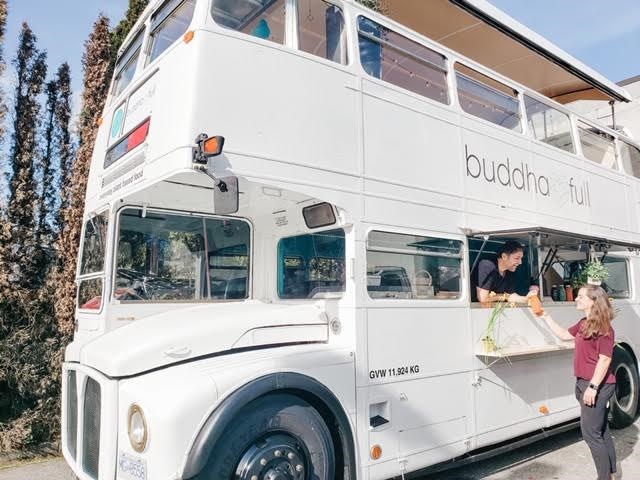 The Vancouver-based Buddha-bus is up for sale. Photo courtesy of Wednesday Hudson.

Have you always dreamt of owning your own food truck?

How about your own double-decker bus?

Well, now is your chance to knock out both goals at once.

A truly one-of-a-kind 1966 English Routemaster Double Decker bus is now on the market, and with it, a rare opportunity to launch your own instantly-recognizable brand.

In the years since members of the Vancouver-based Buddha-full team first discovered the run-down bus hiding in a forest in Sooke, on Vancouver Island, the "Buddha-Bus" has become a beloved sight for many locals.

Buddha-full staff worked with local custom manufacturer Apollo to "lovingly restore" the double-decker and kit it out for food service. Ever since, the mobile restaurant has been serving up plant-based delicacies at the Shipyards Market and the P.N.E., among other locations. 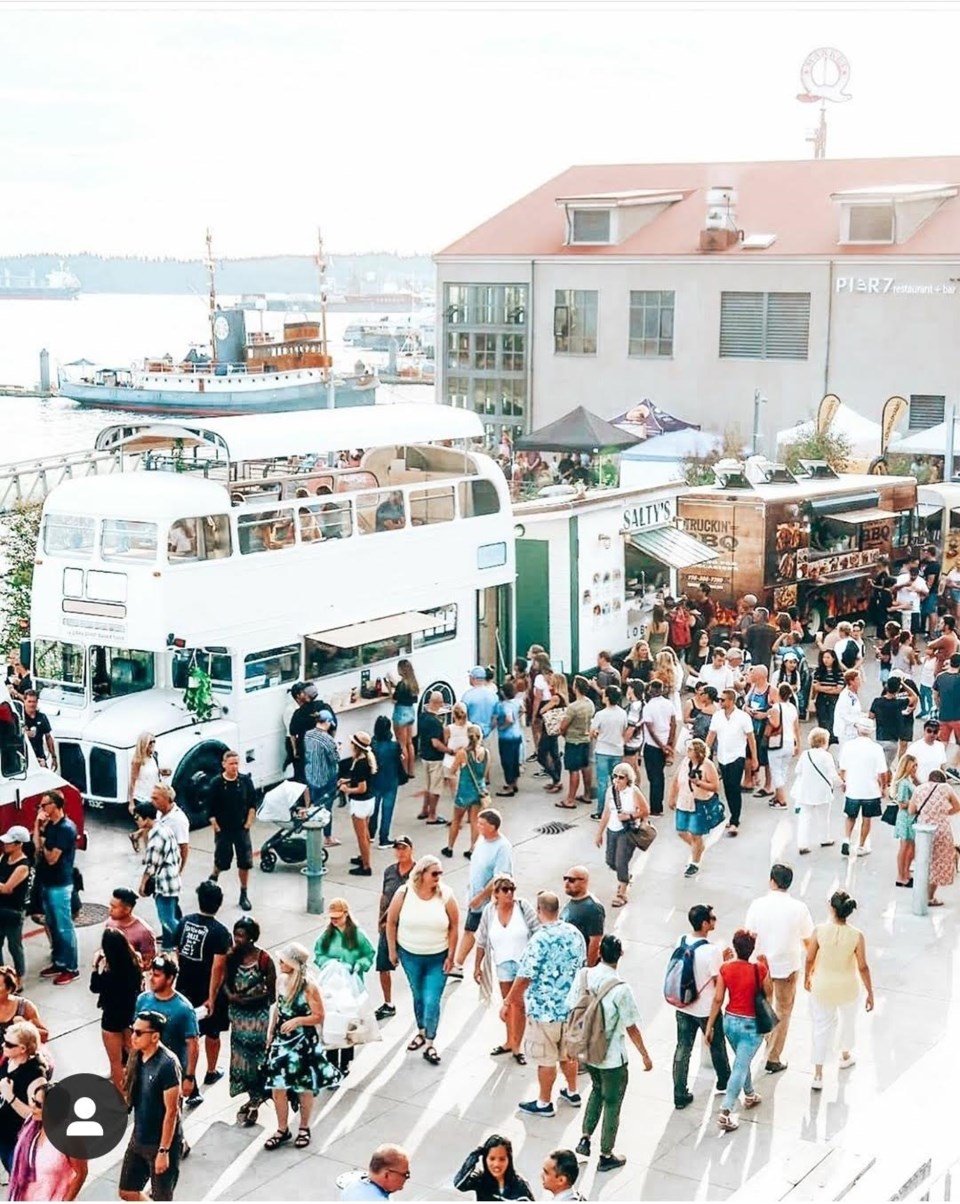 Based off Hudson's research, "There were like 2,400 (routemasters) ever made, and there are 1,200 left in the world," she said. "How many of those are food trucks?"

The 26-foot, aluminum takeout and catering bus features a retractable roof hovering over a seating area that fits up to 20 guests. The seating can be arranged banquet style or switched up to accommodate three tables with window seats.

"The money that they put into it, they're not asking for that money back," Hudson continued, adding, "The thing they got from it is that it's like instant frickin' branding ... you can see it a mile away.

"You're drawn to it because it's so unique."

The vehicle's main floor houses two fridges, freezers, an ice machine, a convection oven, toaster oven, and more, in addition to a 1200 watt generator. The bus runs on an Ivaco 8361 Fiat Turbo engine, capable of racking up "millions of miles," according to Hudson.

That said, Hudson could picture the bus transitioning to a fixed, stantionary location in its next chapter. The vehicle could easily accommodate a business whose operations fall outside the traditional food truck realm, she added.

For example, other restored double-deckers Hudson has come across are used as themed mobile bars for weddings and events, with drink service on the first level and lounge up top, while another similar vehicle located in London functions as a "Swinging Sixties" tour bus carrying customers to iconic rock 'n' roll venues.

"Just like how (Buddha-full) took a bus and turned it into a vegan food truck, it could be just about anything," she said.

The wild world of buying and selling food trucks

If a double-decker sounds like too much vehicle for you, Hudson also has around 15 other food trucks currently up for sale, as well.

So how does one get into the super-niche world of food-truck brokering?

"It just happened," she said with a laugh. "I didn't plan it.

"I'm a realtor, and I was doing commercial work, selling restaurants. I just happened to have a friend ... who was one of the original food truck guys in Vancouver, over 10 years ago, and he couldn't sell his," Hudson explained.

Hudson quickly realized that "nobody was really taking care of the food truck people," she added. "They do everything on their own ... they're very independent, but selling a food truck is a lot different than prepping lunch for 150 people.

"I'm just giving them a hand, and it just kind of blossomed from there."

"People see a food truck and they think, it's sexy, it's cool, but what they don't tend to see is that it's a lot of hard work," she said. "Where I see people get in trouble is when they think they can do it as a side gig, and that's hard. The people that are successful are very committed and consistent."

She added, "You've got to do your research."