This Week in History: Old school days at Lord Selkirk

Reminiscing. It's all a part of high school reunions. And when the students of Lord Selkirk get together this fall, there will be many memories that they will recall.
0
May 24, 2018 3:26 PM By: Melissa Shaw

It's all a part of high school reunions.

And when the students of Lord Selkirk get together this fall, there will be many memories that they will recall.

With each passing face, former students and teachers will relive some of the moments they spent at their old school.

So to help celebrate this, Lord Selkirk's 75th reunion, here are some of the many stories and memories.

In the early 1900s, students at Lord Selkirk completed their school work with the help of pen nibs, ink wells and pen shipper blotters.

To call everyone into school in the mornings, the bell would ring from the belfry high atop Lord Selkirk.

When it was time to go into class students would form single lines in twos and would march forward in time -- no talking was permitted.

In the classroom students would all wait for the attention bell to ring while they held their hands behind their backs at their designated desks.

One of the fond memories that former students of this time will happily remember was the flag raising each morning by Sam Wright.

During the breaks at school, students would meet on the grounds for skipping, jacks, marbles, milk tops, Red Rover and Hide and Seek. 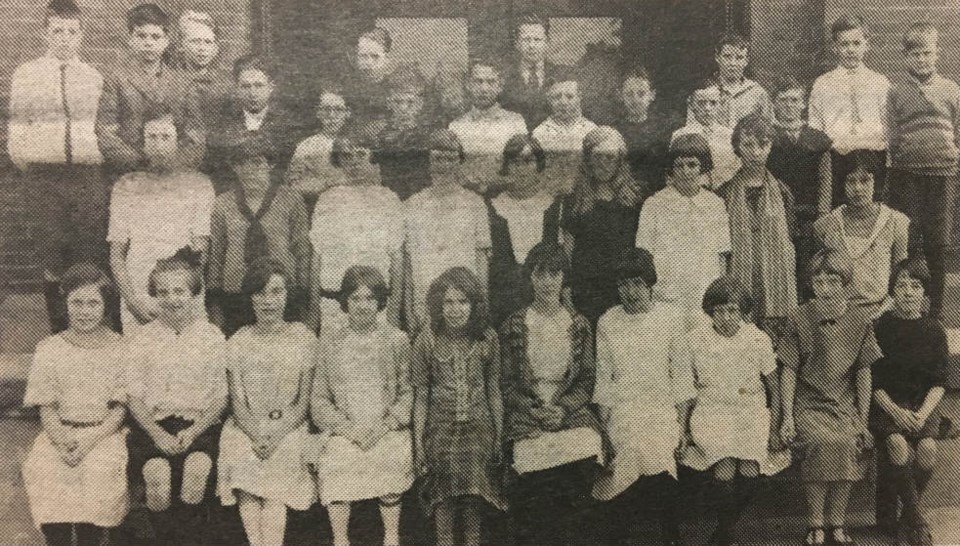 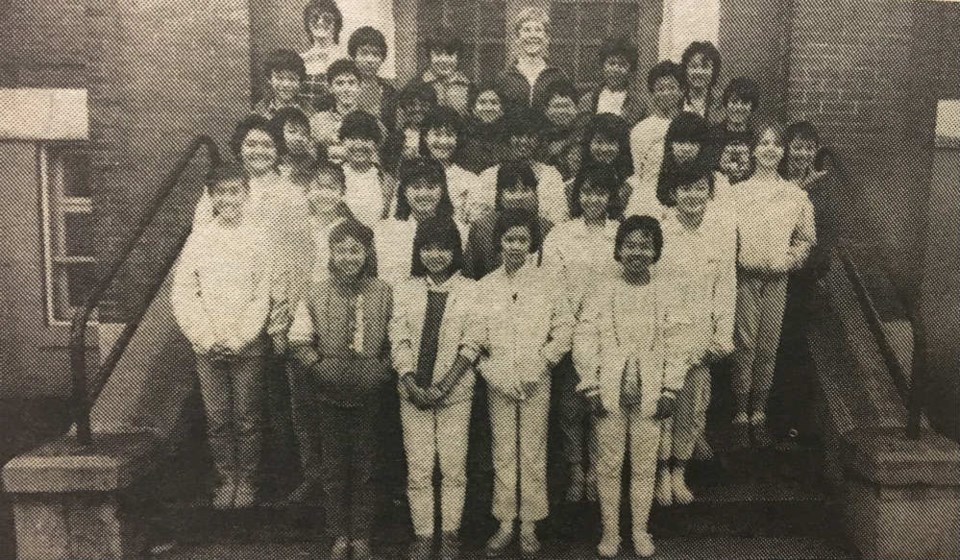 Flying under the team colours of purple and gold, the students of Lord Selkirk did very well in school sports days and inter-school sports.

As well as being involved in school sports, students also participated in PTA picnics on Bowen Island and PTA bazaars.

Moving on to 1941, a different era was shaping the students of Lord Selkirk.

In the 1941 Lord Selkirk annual, a spelling competition was held.

Students were told of a number of spelling errors in the annual and if they found them all they could win a prize.

Today this same contest might have students searching for spelling errors to win a skateboard or a Hulk Hogan sweatshirt -- but not in 1941.

The first prize in the spelling contest were four War-Savings stamps. Second prize was two stamps.

Some of the clubs you could have joined in 1940 to 1941 included the Junior Red Cross club and the Book-Worm's Club with mottos "Broaden your knowledge, enlighten your mind, and treasures untold in books you'll find." The Junior Red Cross was one of the most active clubs at Lord Selkirk in 1940.

As World War II was being fought in Europe, students at Lord Selkirk worked hard to help their country men.

In October 1940, Red Cross members held a candied apple sale and collected $5. A cheque for this amount was sent to the fund for soldier's comforts.

Also helping to collect money for the war effort was the War Services Club of Lord Selkirk Elementary. 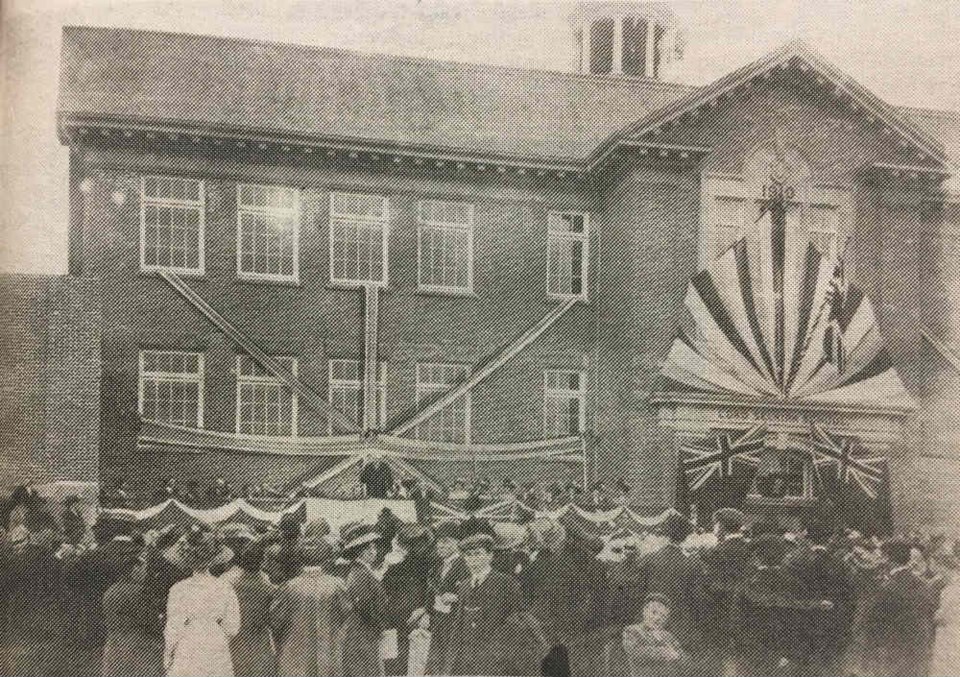 Some of the highlights in the life of Lord Selkirk Elementary include its opening in 1911 by then B.C. Premier Richard McBride (above) and the addition of the frame building to Cedar Cottage in 1908. 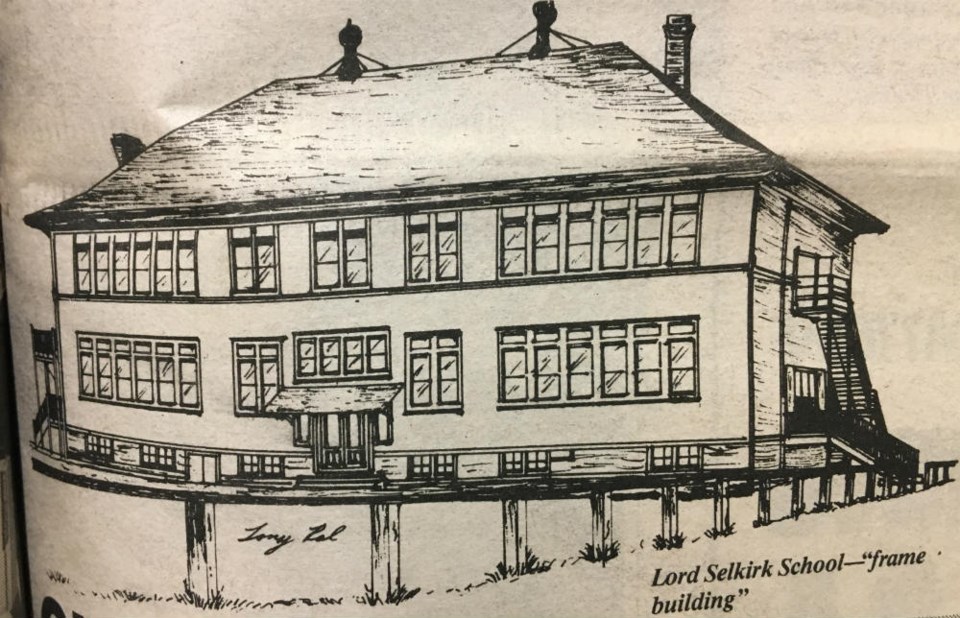