Vancouver council referred another three rezoning applications under the city's Moderate Income Rental Housing Pilot Program (MIRHPP) to public hearings in the new year. The referrals were made at council's Dec. 10 meeting.

Council already approved the first three of 20 projects allowed under the pilot program in December — two on Renfrew Street in East Vancouver and, despite significant pushback from neighbouring residents, one on Larch Street on the city’s West Side.

To qualify under the MIRHPP, proposals must devote 20 per cent of the residential floor area to units for moderate income households earning between $30,000 and $80,000. 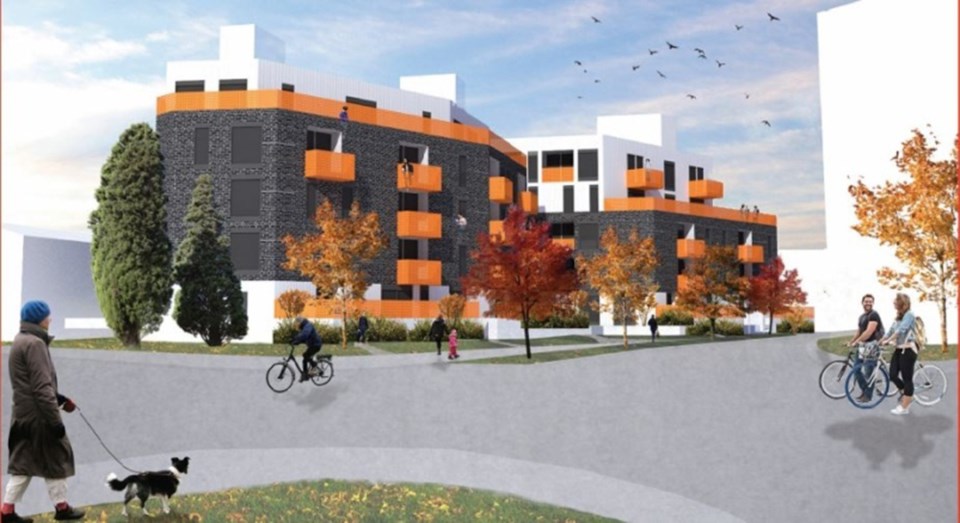 The proposal is for a five-storey rental building for a site at 1990 to 1956 Stainsbury Ave. near Victoria Drive. Rendering Carscadden Stokes McDonald Architects

January’s public hearings will deal with PCI Developments’ rezoning applications for a pair of 14-storey buildings on East Hastings Street — one at the corner of Boundary Road and the other at the corner of Kootenay Street.

The proposal is for a five-storey building. Approximately 13 of the 80 rental units proposed would be for moderate income households About 59 people attended a May open house for the Stainsbury proposal. The city received 67 responses about the project through comment sheets, letters, emails and online comment forms.