'He was tortured': Mother of Strathcona assault victim who lost his leg calls for justice

It took Connie Sinclair days to find her son in Vancouver hospital. It took bystanders 12 hours to call for help the night he was assaulted.
Oct 30, 2020 1:48 PM By: Sarah Grochowski 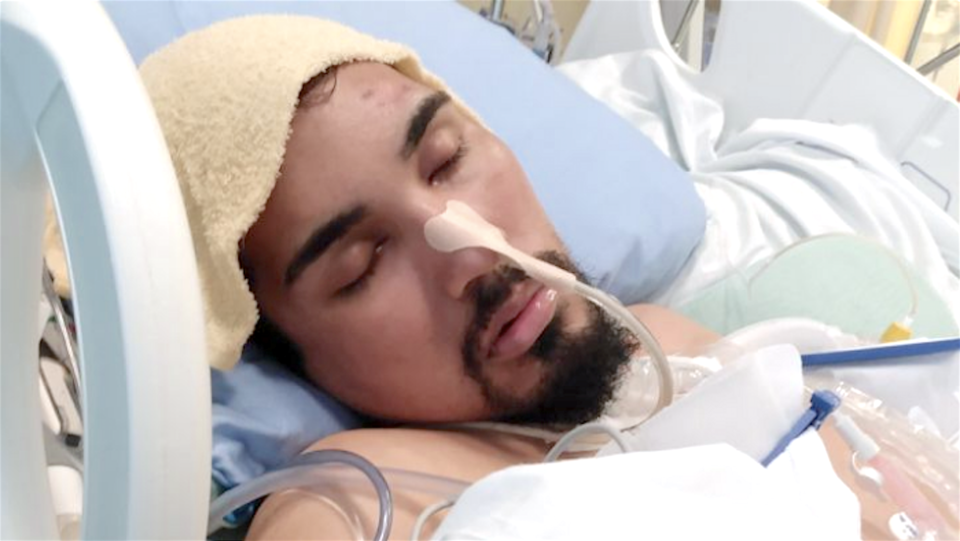 “My son needs justice to be served.”

That’s from Connie Sinclair, the mother of a 24-year-old who was beaten, left inside a tent for what police estimated was 12 hours before help was called to Strathcona Park.

She's now calling for the formation of a community-formed safety patrol to allow tent city residents to report crimes – and to gain answers as to who did this to her son.

Carl was transferred out of the Intensive Care Unit (ICU) just three days ago. There, he had his leg amputated to curb the spread of an infection as a result of his injuries, she said.

“It looks like my son was tortured or something. He’s got burns all over, a broken leg, and an Infection from burns in his arm that kicked in,” the mother told Vancouver Is Awesome in a phone interview.

“It looks like they were from a torch or something."

Carl was missing for days before she located him fighting for his life in critical care.

“I found my son myself, by phoning hospitals in Vancouver," she said.

There were points when Sinclair, who sat at Carl's bedside during his month in the ICU, didn’t think her son would survive.

Thursday was the first day her son was conscious enough to speak.

“I love you mom,” he told his mother, who had ventured to Vancouver from Kamloops, where she currently lives as a member of the Skuppah Indian Band. 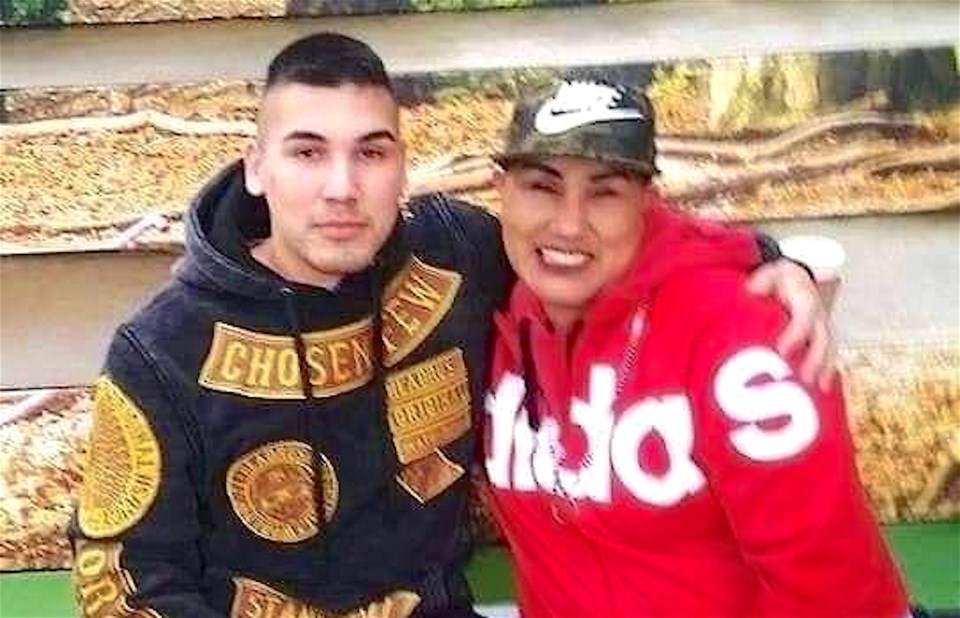 Connie Sinclair and her son Carl, 24, before the attack in Strathcona Park that saw him lose his leg.

'The tent city is harbouring criminals'

Sinclair, who was born and raised in East Vancouver, said she’s never known tent cities to be so violent as reported in recent weeks.

First, her son was brutally attacked on Sept. 21. A week later a man inside the citizen-run encampment was stabbed multiple times and found eight hours later on a street nearby.

“It’s changed; the living situation. People are angry all the time and fighting now,” she said, in comparison with her experience six years ago living in a Maple Ridge tent city.

“People are getting stabbed. The tent city is harbouring criminals,” Sinclair added. “But what about someone else? What if it happens again?” These people belong to families.”

"Cops said they had a hard time gaining entry into the encampment to ask residents what happened to Carl. They were getting threats, people wouldn’t let them in,” she added. 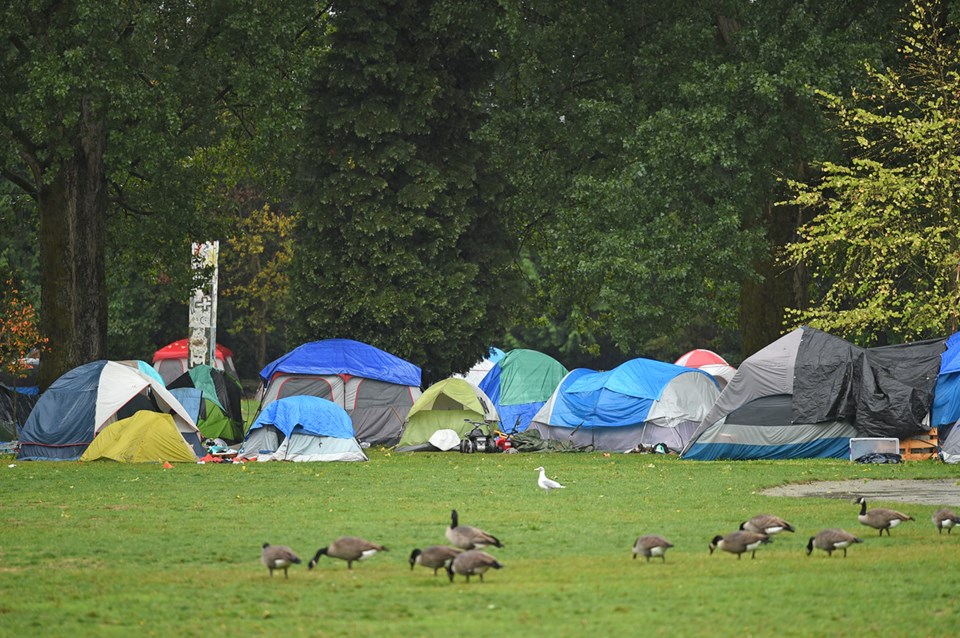 Calls for a community-led safety patrol at Strathcona Park

Sinclair is hoping that what will emerge is a group of volunteers – much like the Indigenous-led Bear Clan Patrol in Winnipeg – to provide a safer avenue for Strathcona Park residents to report threats to their safety.

“A lot of people are scared to even go to the police cause they have warrants or don’t want to be labelled as a snitch,” she elaborated.

“Somebody who does such a violent crime like this, nobody just loses their leg, gets tortured and left to die. People are scared that if they talk this could happen to them.”

Sinclair said her son wakes up in terror each night, amidst a flurry of post-traumatic stress.

“This traumatized him majorly,” Mom said. “He’s got a lot of healing to do, including rehab for him to learn how to live and walk with one leg.”

Though Sinclair is relieved to see her son out of ICU care, she’s been told by doctors there’s a chance the life-threatening infection could return within two-to-three weeks.

"We’re not safe until then,” she added.

A GoFundMe account has been set up to assist Carl in his recovery efforts.

Strathcona residents' advocate says she was followed home, bludgeoned on head with pipe
Oct 19, 2020 9:41 AM

Vancouver police alerted to loaded, semi-automatic rifle stashed on Strathcona street
Sep 16, 2020 12:12 PM
Comments
We welcome your feedback and encourage you to share your thoughts. We ask that you be respectful of others and their points of view, refrain from personal attacks and stay on topic. To learn about our commenting policies and how we moderate, please read our Community Guidelines.