The hiker, a 37-year-old man who was visiting from the U.K., was using the Maps.me app to navigate his way off Crown Mountain. 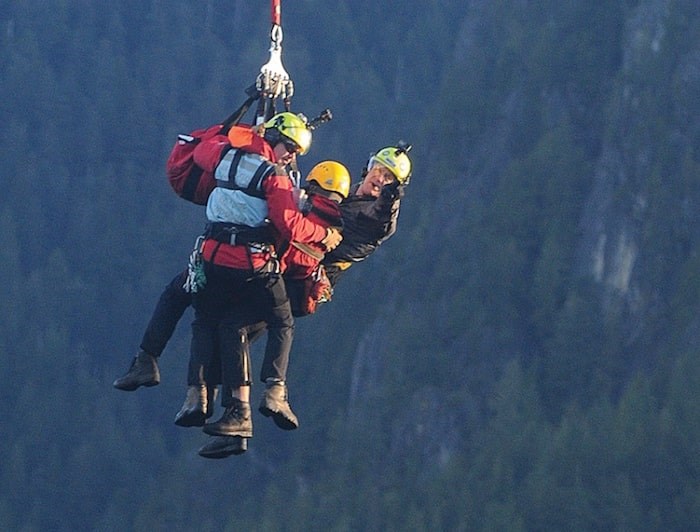 Instead of going directly south back towards Grouse Mountain, he followed another route the app recommended to another mountain peak in the southwest.

Informally, the peak is referred to as the West Crown, Crown Buttress or even Sleeping Beauty because of the topography’s resemblance to a woman lying on her back. But as far as North Shore Rescue is concerned, it’s a no-go area.

“His mistake was thinking the dotted line on his map was a hiking trail where it’s a very difficult rock scrambling route,” said Doug Pope, search manager.

The man descended about 100 metres from the peak before he realized he was in over his head and called for help - right around the time North Shore Rescue’s volunteers were sitting down for Thanksgiving dinner.

“He was in a very precarious position. He was basically stuck on a cliff face and was very scared. He couldn’t go up and he couldn’t go down,” Pope said.

Rescuers called in a Talon helicopter but the fog was too dense to allow the team to land nearby. Instead, two field teams starting in by foot on the long trek north from Grouse. They didn’t make contact with the lost man until well after sundown. One rescuer belayed down to the subject but quickly determined the ledge was too small and too dangerous to bring down any other members. 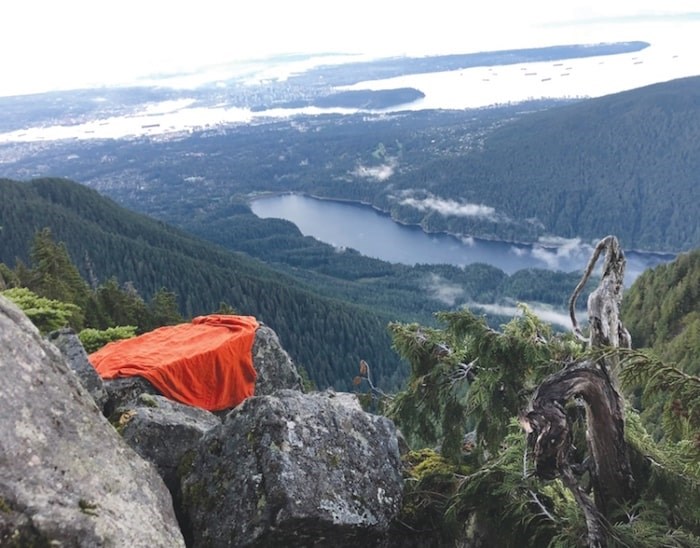 The cliff ledge overlooking the Capilano Lake where a hiker was stranded overnight Monday. photo supplied

They gave the subject some gear to stay warm and raised him up to a safer position above.

At first light Tuesday, the helicopter was back with a long-line rescue team to lift everyone out.

“He was scared and cold and wet. It rained pretty hard last night up there, but otherwise, he was in pretty good condition,” Pope said.

The rescue could have been avoided with some proper research being done beforehand, Pope said. Tourists are making up a greater share of the missions the groups is tasked with but even locals sometimes find themselves misdirected by questionable info they’ve found online.

Pope said he doesn’t recommend trail apps for navigation since very few of them are properly curated by people with important local knowledge.

“You can’t rely on that data,” he said. “I still believe in good old paper maps.”

Trail Ventures BC consulted with North Shore Rescue when designing a waterproof polypropylene map that retails online or at Mountain Equipment Co-op for about $17, Pope said.

“We wouldn’t put a route like that on this map because it is really not a trail. It’s in the watershed and it’s a very difficult rock scramble,” he said.