Dutch tourist dies after being sucked under the water at B.C. waterfall

A Dutch tourist in her 60s died Thursday after falling into the water at Elk Falls Provincial Park near Campbell River, police say.
0
Aug 3, 2018 2:48 PM By: Lindsay Kines

A Dutch tourist in her 60s died Thursday after falling into the water at Elk Falls Provincial Park near Campbell River, police say.

RCMP received a call about 2:20 p.m. indicating that the woman had been sucked under the water. 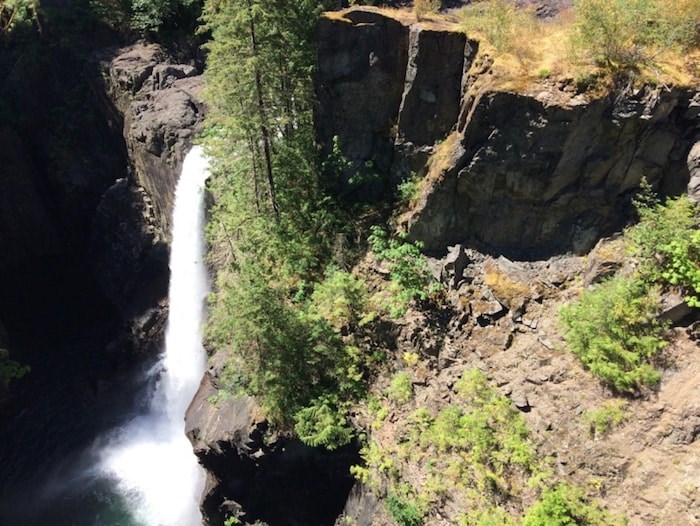 Police first located the husband, who explained in broken English that his wife slipped and fell into the water from the river’s edge, Campbell River RCMP Cpl. Ron Vlooswyk said in a statement.

“She called out for help but went under the water and wasn’t seen again. It was not known if she went over the falls.”

Police evacuated the area, B.C. Hydro halted the release of water from the John Hart dam and a helicopter and drone searched from the air.

Vlooswyk said the woman’s body was found under the water above the falls and recovered at 5 p.m.

RCMP brought in support for the husband as well as a Dutch-speaking RCMP officer to assist with communication.

“On behalf of the Campbell River RCMP, our sympathies are with the families during this tragic event,” Vlooswyk said. “We are doing everything we can to help the husband before he returns home.”

He said the RCMP notified the Netherlands consular office to help provide assistance to the woman’s family in Holland.

The B.C. Coroners Service will take over the investigation.