Street teams will be positioned at random locations across the system and customers may find they’re especially easy to spot when accompanied by TransLink’s new mask-wearing bus.

TransLink is launching a new campaign aimed at encouraging the use of face coverings and non-medical masks on Metro Vancouver’s transit system. As part of the ‘Wearing is Caring’ campaign, more than 15,000 TransLink branded masks will be handed out at key transit hubs over coming weeks.

Street teams will be positioned at random locations across the system and customers may find they’re especially easy to spot when accompanied by TransLink’s new mask-wearing bus.

The transportation agency kicked off the campaign today, distributing TransLink-branded masks along a mask-wearing bus at Joyce-Collingwood Station east entrance. 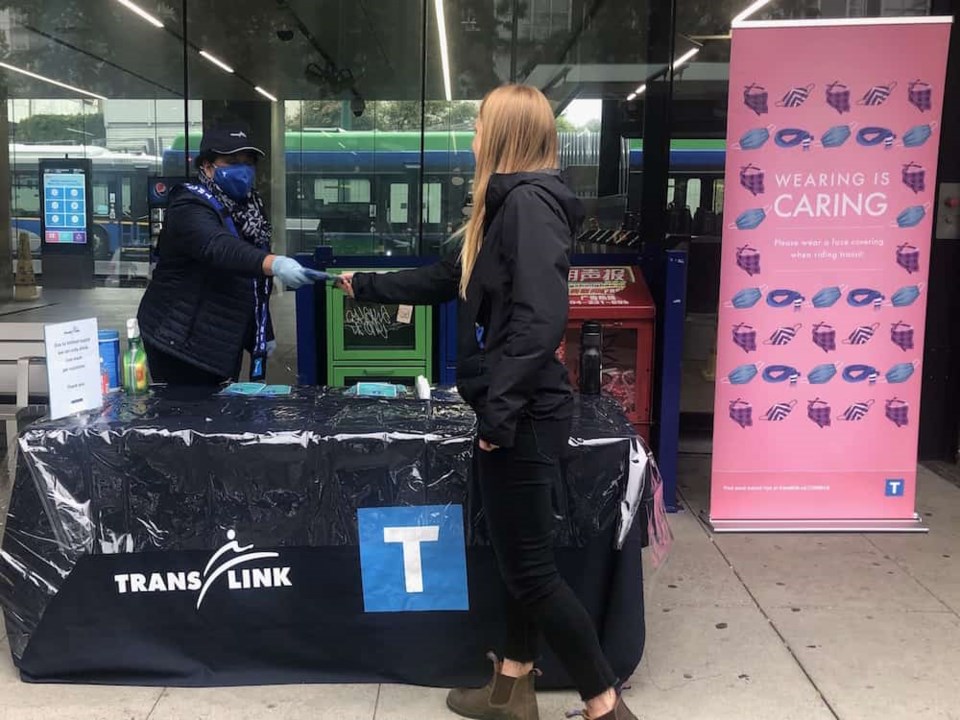 “We want masks to become a regular part of our transit system,” says TransLink CEO Kevin Desmond. “As part of our Safe Operating Action Plan we are recommending customers wear a face covering or mask while on transit or waiting for transit, if they are able to do so. If we can get to a point where most people on transit are wearing a face covering or mask, then it will be a safer experience for everyone.”

In addition to branded face masks, the 'Wearing is caring' campaign will also include systemwide posters and decals installed to promote the use of face coverings and non-surgical masks. Social media giveaways will also be part of the campaign.

Importantly, transit customers must still ensure they stay off the system when sick, travel outside of peak times when possible, and maintain high personal hygiene standards. As part of its Safe Operating Action Plan, TransLink has:

Branded masks will be made available for purchase through the TransLink store later in the summer. 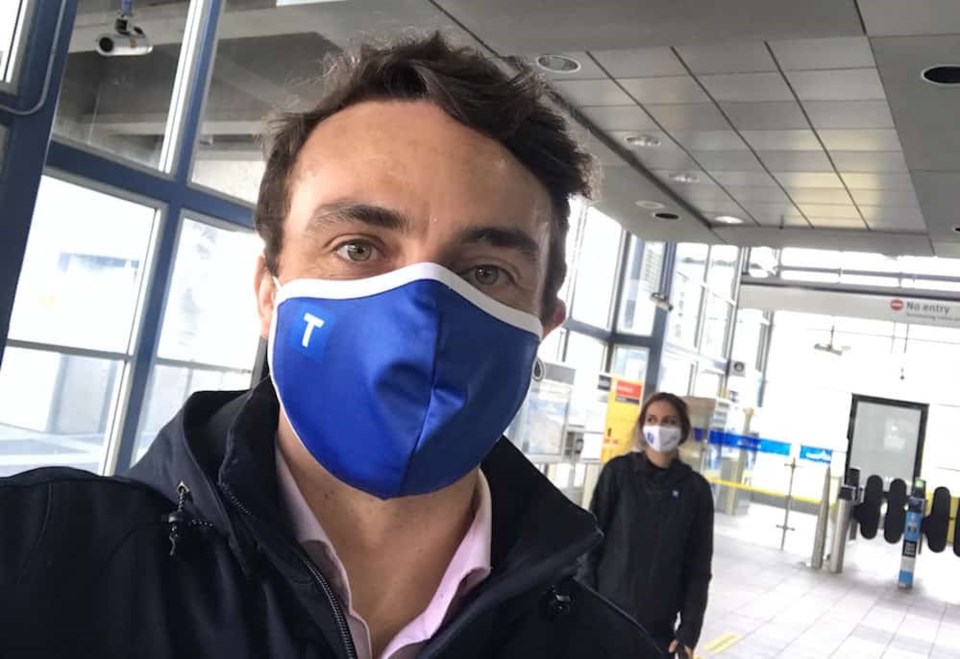 In May, the transportation agency advised riders to wear non-medical masks or face coverings while waiting or on-board its vehicles. It also advised commuters to travel outside of peak hours and to stay home if they felt sick.

TransLink has stepped up its cleaning protocol to prevent the spread of COVID-19 across its system. In addition to daily cleaning schedules, it has increased bus and SeaBus disinfecting sprays to twice per week.  Cleaning “pit crews” have also been deployed to disinfect SkyTrain cars at high traffic stations. Crew also maintain daily cleaning and disinfecting schedules on SkyTrain and West Coast Express cars, as well as HandyDART vehicles.

In order to create more space, the transit authority has laid out decals at bus stops and entraceways that indicate safe, two-metre physical distancing. Service levels have also increased, which allows for more room on all modes of transit. However, TransLink adds that it is monitoring passenger loads in order to deploy additional service at times and on routes where physical distancing is more difficult.

- With files from the Burnaby Now.