Prime Minister Justin Trudeau walks to Question Period in the House of Commons on Parliament Hill in Ottawa on Monday, June 4, 2018.
0
Jun 5, 2018 7:59 AM By: The Canadian Press 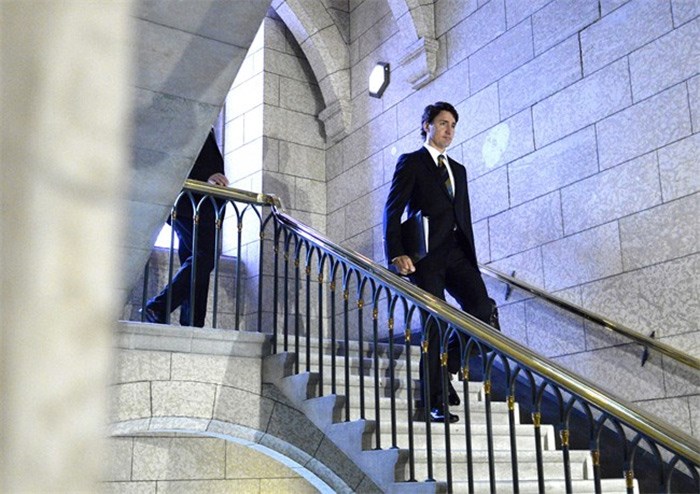 Prime Minister Justin Trudeau walks to Question Period in the House of Commons on Parliament Hill in Ottawa on Monday, June 4, 2018. THE CANADIAN PRESS/Justin Tang

The prime minister is expected to meet with Indigenous leaders in British Columbia today, including a First Nations chief who has been a vocal supporter of the Trans Mountain pipeline expansion.

Justin Trudeau will be in the Fraser Valley where he'll speak with the Indigenous Advisory and Monitoring Committee, a group that monitors existing pipelines and the construction of the Trans Mountain's expansion project.

The group includes Cheam First Nation Chief Ernie Crey, who has said the expansion project will benefit his community, located near Chilliwack, B.C.

Last week, Crey told media outlets that his First Nation would consider buying a stake in the pipeline, depending on the circumstances and what's involved.

His comments followed the federal government's announcement that it will spend $4.5 billion to buy the pipeline from Kinder Morgan to ensure the expansion goes ahead.

A federal government source says more Indigenous groups support the Trans Mountain's expansion project than oppose it, and there's more of an opportunity for them to participate in the economic benefits of the project now that it will be owned by the government rather than a private company.

The source added "it's possible" that the government would backstop Indigenous groups to enable them to buy a stake in the pipeline or they could also be included in any market-driven offer to purchase it.

Finance Minister Bill Morneau said in Calgary last week that many parties have expressed interest in investing in the project, including Indigenous groups.

Several First Nations remain staunchly opposed the $7.4-billion expansion project, which would triple capacity of the pipeline running between Edmonton and Burnaby, B.C.

Some Indigenous groups have launched legal challenges against the project, arguing Ottawa did not adequately consult First Nations communities before it was approved, violating their rights.

Trudeau is also scheduled to be in Edmonton later today, where he'll visit a Kinder Morgan terminal.

— With files from Joan Bryden in Ottawa.