Constable Tania Visintin says in a statement that the protest was peaceful overall.
Jun 6, 2020 7:45 PM By: Canadian Press 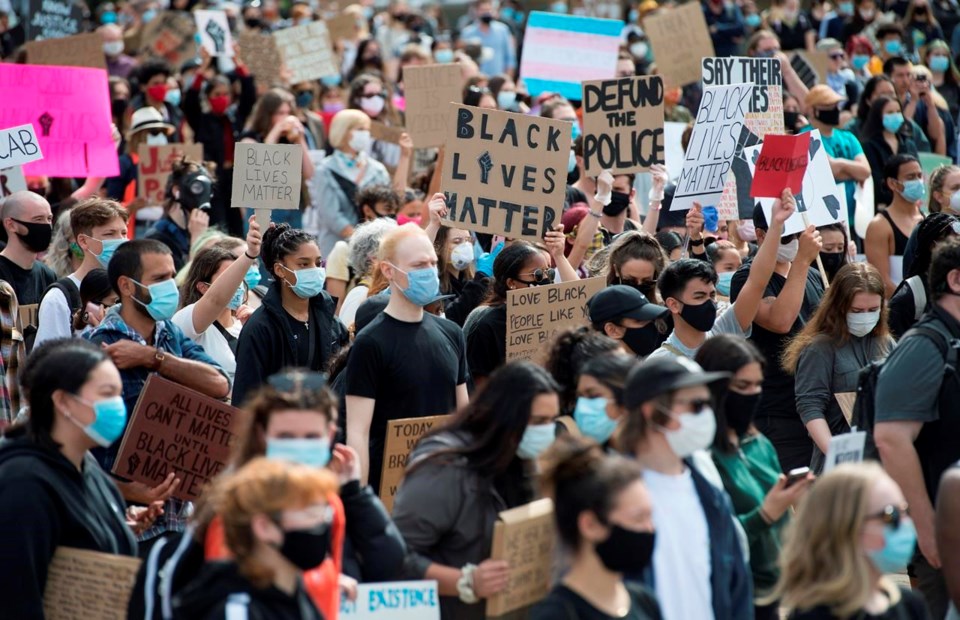 Thousands of people gather for a peaceful vigil in Vancouver, Friday, June 5, 2020 in solidarity with the George Floyd protests across the United States. THE CANADIAN PRESS/Jonathan Hayward

Constable Tania Visintin says in a statement that the protest, which was attended by upwards of 5,000 at its peak, was peaceful overall and everyone was co-operative.

She says toward the end of the event, instigators got involved with the protestors.

That resulted in two people being arrested in connection with an assault, and they were later released pending further investigation.

She says no more information about the arrests is available at this time and did not provide details about charges.

The demonstration was one of many across Canada that day sparked by the death of George Floyd in Minnesota.

This report by The Canadian Press was first published June 6, 2020.