Unionized workers at three high-end Vancouver hotels say they have begun strike action to back demands for safe and stable work.
Sep 19, 2019 2:40 PM By: The Canadian Press 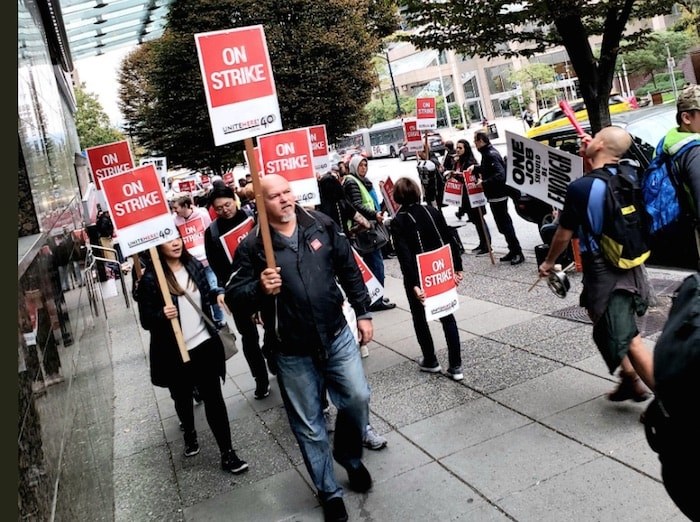 VANCOUVER — Unionized workers at three high-end Vancouver hotels say they have begun strike action to back demands for safe and stable work.

Unite Here Local 40 says workers at the Hyatt Regency, Westin Bayshore and Pinnacle Harbourfront hotels walked out Thursday in what the union describes as an "open-ended strike."

A statement from the union says the walkout is an escalation of job action following a lunch-hour strike on Tuesday.

Room attendants, chefs, front desk agents and other staff are on the picket line at all three hotels.

Unite Here says talks with the hotels have been underway for 14 months without significant movement on issues related to workload, safety and job security.

"Many of the city's hotel workers are struggling to provide for their families with precarious, on-call shifts caused by the systemic cutting of hours in these hotels," the union statement says.

Safety is also a key issue in the dispute, as the union says many workers have complaints about sexual harassment on the job, as well as understaffing that has led to unsafe and unsustainable workloads.

This report by the Canadian Press was first published Sept. 19, 2019