The V2V Empress left the Point Hope Shipyard on Dec. 13. Photograph By DARREN STONE, Times Colonist A passenger ferry between downtown Victoria and Vancouver has delayed its return to service until the new year.
0
Dec 24, 2017 4:28 PM By: V.I.A. 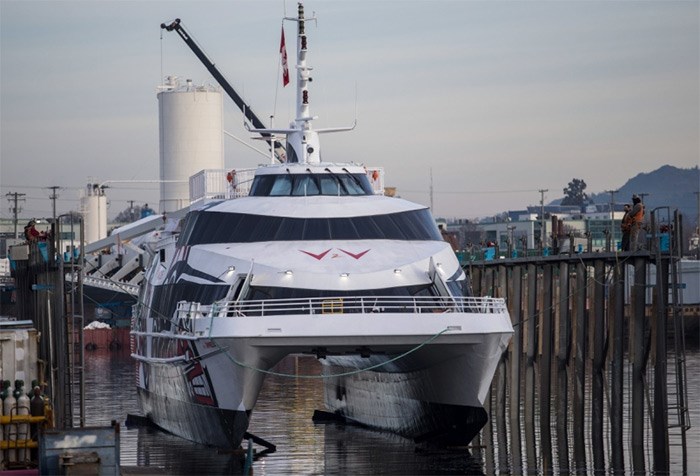 A passenger ferry between downtown Victoria and Vancouver has delayed its return to service until the new year.

The V2V Empress, owned by Australia’s Riverside Marine, was scheduled to re-enter service on Dec. 27.

The vessel, a passenger touring ferry between Victoria’s Inner Harbour and Vancouver’s Coal Harbour, was launched in May. By mid-August, it had been sidelined, needing a new engine.

The company initially figured the problem could be fixed in three to four weeks.

Four months later, the first sailing has been pushed back to allow for safety testing and sea trials, the company said. It did not give a specific day for the resumption of service.

Affected passengers will be given the option to use their tickets after service resumes or book transportation through Wilson’s Transportation B.C. Ferries Connector service.

A total of $10 million was spent to develop the V2V service, including a complete refit of the catamaran, which has capacity for 254 passengers.