While September's back to school congestion is expected, TransLink customers were met with unexpectedly long lines for buses this week.
Sep 6, 2019 5:39 PM By: Elana Shepert 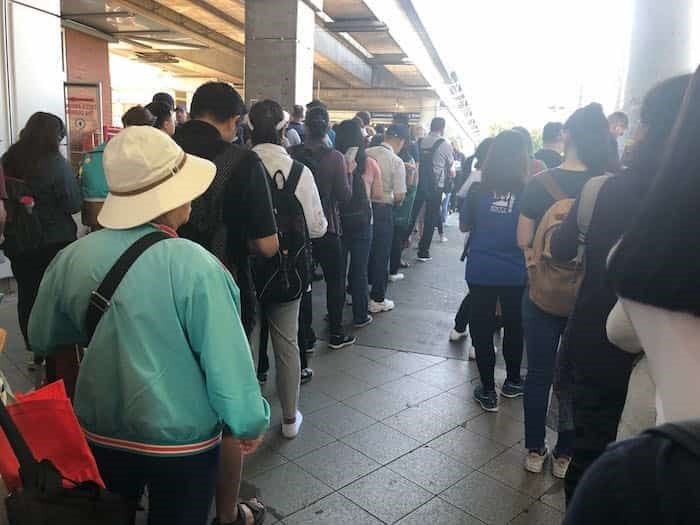 Is this the new normal?

While September's back to school congestion is expected, TransLink customers were met with unexpectedly long lines for buses at Vancouver's Commercial-Broadway Station this week. As such, many riders are wondering if these extended waits will continue throughout the rest of the school year, or if the first week was an anomaly (a really inconvenient one).

As a rule, the summer season is less crowded during rush hour, and then commuters see an increase traffic once school is back in session. However, on Wednesday, Sept. 4 around 8:30 a.m., a long line for the #9 wrapped around the Blenz Coffee at Commercial-Broadway Station, and there were huge crowds for the #99.

Following that, on Thursday, Sept. 5, confused commuters struggled to determine which line went to which bus inside a packed Commercial-Broadway Station. On the previous day, the lines went in opposite directions rather than into the station. As a result, riders didn't have any issue determining where to queue up, even if they had a long wait ahead of them. In contrast, multiple lines for the #99 and #9 came into the Skytrain station itself, and people weren't sure where to go. 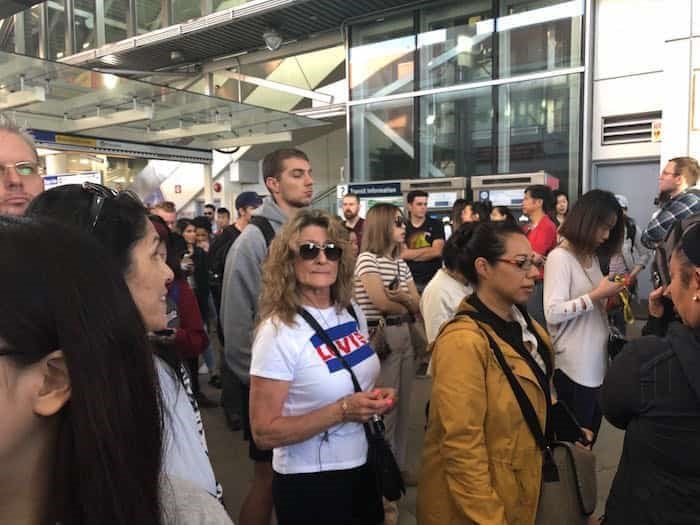 Vancouver Is Awesome spoke to Dan Mountain, TransLink Spokesperson, who explained why there was so much congestion at the train station this week, and what can be expected moving forward.

"The first week of September is traditionally one of our busiest periods of the year for commuters. Last year we saw a 12% increase in ridership during that week, with around 100,000 additional journeys each weekday," Mountain says.

Mountain added that TransLink has added 40,000 extra bus hours across its network to meet growing customer demand. In addition, it has added 24 new SkyTrain cars and increased peak SeaBus service to every 10-minutes.

"Morning rush hours can see increased wait times and we thank our customers for their patience. During these periods, the 99 B-Line departs every 3-minutes, while the 9 Bus departs every 3 to 5 minutes," notes Mountain.

"The Broadway corridor is already at capacity, with any additional bus services only increasing congestion and decreasing reliability."

Mountain added that the 41st Avenue RapidBus will help to alleviate commuter congestion along the Broadway corridor once it comes into service. Further, in the long term, the Broadway Subway project will also improve service and help to reduce wait times.

On Friday, Sept. 6, the Commercial-Broadway Station was markedly less congested, however. When asked about the change in traffic, TransLink stated that commuting patterns vary day-by-day, and that, "no changes in service were made from yesterday to today."