"Now the Vancouver Park Board wants to kick out the local community in favour of 12 paying customers per hour. We think that during this crisis green space should be open to everyone, not just those who can pay up to $58.25 to access it."
Apr 30, 2020 7:04 PM By: Elana Shepert 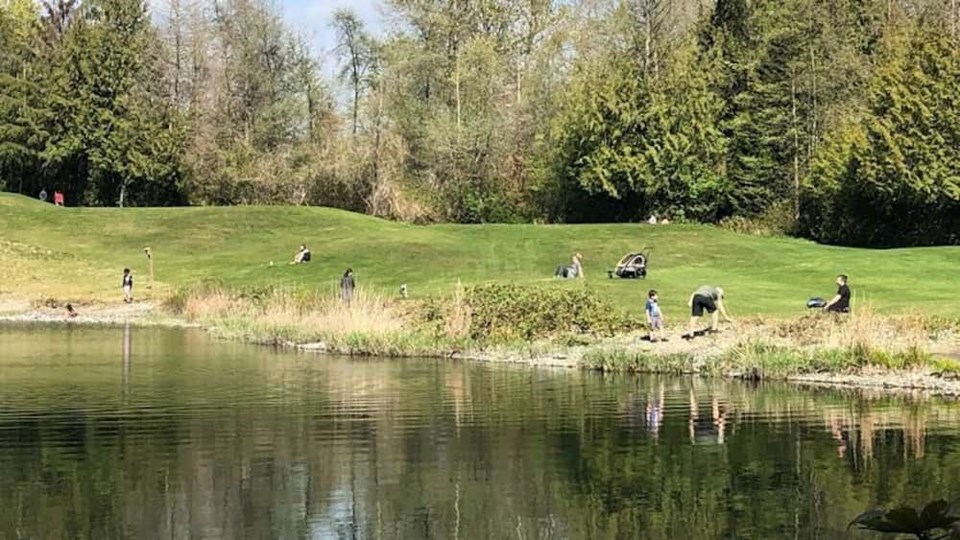 On Monday, the Vancouver Park Board announced that it would re-open Van Dusen gardens and two city-operated golf courses on Friday, May 1. And while a number people are happy about the decision, others feel that it isn't in the best interests of the public at large.

Since COVID-19 restrictions were enacted in the city, South Vancouver's Fraserview Golf Course has been closed to golfers but open to the community. During that time, many people have utilized the open space to maintain their physical and mental health while keeping a safe physical distance from other people.

In response to the Park Board announcement, a campaign has been launched to keep Fraserview Golf Course open to the local community until pandemic precautions are completely lifted.

Entitled "Keep Fraserview Golf Course Open to the Community," the GoFundMe petition notes that there aren't a great deal of places in the city where people can be outside and comfortably stay two metres from others, and that the golf course offers an ideal place for a variety of activities.

"On a sunny day you can see people enjoying the fresh air, kids learning to ride their bikes, families picnicking, frisbee players, seniors out for a walk, small children running free across the fairways, and even musicians practicing guitar," reads the petition.

"Now the Vancouver Park Board wants to kick out the local community in favour of 12 paying customers per hour. We think that during this crisis green space should be open to everyone, not just those who can pay up to $58.25 to access it."

"Please join me and many others in protesting the decision of the Vancouver Park Board to reopen Fraserview and McCleery courses exclusively to golfers during the current pandemic lockdown," he wrote. "These publicly owned spaces have been open for walking since the lockdown began - until now."

Tovey notes that it is easier to maintain physical distancing in the park and that it allows children to run around freely. In contrast, he remarks how forest paths and beaches don't always allow enough room to do so.

"Please urgently rethink this decision Vancouver Park Board. In such a densely populated city as Vancouver these spaces are needed by everyone at this time," he adds.