The Grandview Heritage Tour, which runs Sept. 28, is a self-guided tour of 10 sites located between East Hastings Street and East First Avenue and Clark Drive and Nanaimo Street.
0
Sep 21, 2019 4:53 PM By: Naoibh O’Connor

He called it an “obvious, comfortable fit.” After all, Dayton Boots has been a longtime fixture in the neighbourhood.

Charlie Wohlford founded the business in 1946, which moved into its purpose-built building at 2250 East Hastings near Nanaimo in 1949. Wohlford’s son Wayne and grandson Ray were also involved in its operation — the three generations ran it for 50 years.

Dayton Boots Factory, and its neon “Boots by Dayton” sign on the building’s exterior, also earned a VHF Places that Matter plaque in 2012.

Eric and Catherine Hutchingame took over the brand and building as tenants — they don’t own the building — in 2016.

Eric Hutchingame said its inclusion on the tour is important because it’s notable for both its structure and the fact it’s been in business for decades. 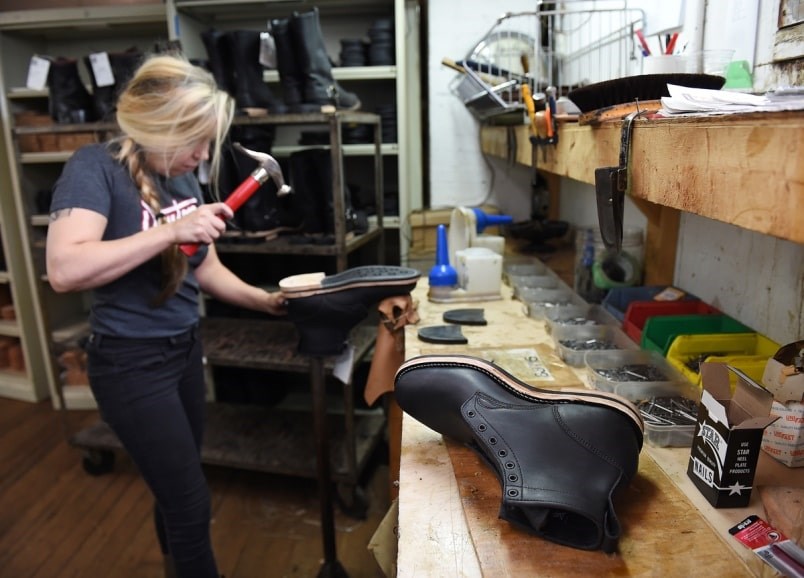 “If all you did was focus on the buildings, then you could get that done in a ghost town. But the ghost town certainly wouldn’t give you the authenticity and the flavour and the experience of an ongoing business,” he said.

Much of what’s done in the shop, he added, is the same as it was from 1949 on, although some safety and business practices have obviously changed over time.

The Grandview Heritage Tour, which runs Sept. 28, is a self-guided tour of 10 sites located between East Hastings Street and East First Avenue and Clark Drive and Nanaimo Street.

Aside from Dayton, the sites include five private homes, among them one of the first Vancouver Special’s to be renovated, St. Francis of Assisi Catholic Church, Templeton secondary school, and the šxʷqʷeləwən ct carving centre at the Britannia Community 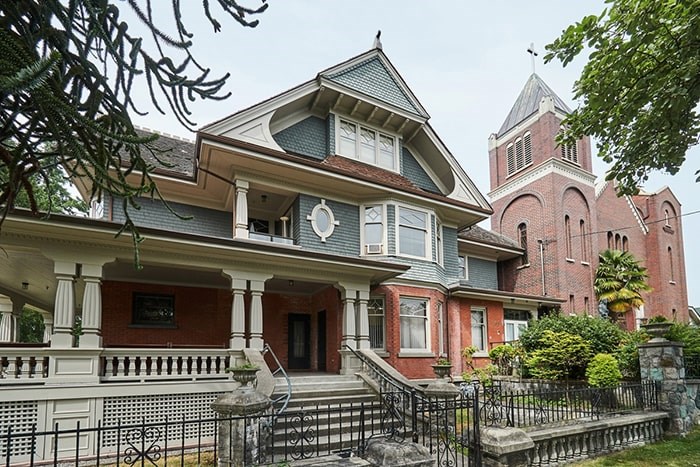 Kathryn Morrow, a VHF spokesperson, said it will be easy for ticket holders to participate whether they’re travelling by foot, bicycle, transit or car, because all the stops are within a few blocks of each other. Each participant will be provided a brochure and map with addresses and information about each site.

She noted that Grandview was one of earliest suburbs in Vancouver.

“It’s diverse and it has a lot to offer. There’s a lot of legacy businesses in the area, a lot of historic homes of varying sizes,” she said.

“We’re trying to show a variety of historic places in that neighbourbood — public buildings, community spaces… It’s [about] showing different types of heritage places that are in Grandview.”

Morrow said those who enjoy seeing homes will get “a really nice selection of character homes,” while architect Stephanie Robb renovated the Vancouver Special that’s on the tour, which she bought in the late 1990s. 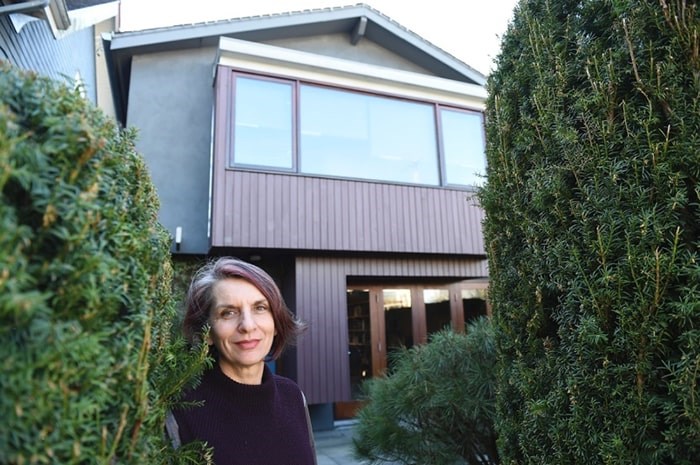 “[Robb] went through quite a process to get permission from the city to be able to actually convert a Vancouver Special into a modern space. It’s really amazing on the inside,” Morrow said.

“There’s also some exclusive experiences that people will get to enjoy. At Dayton Boots Factory, you’ll be able to actually go into their production area and get private tours of that, and the carving centre at Britannia Community Services Centre, we’re going to have that open for ticket holders as well, which isn’t normally open to the public. It will be a great chance to see some First Nations carvings and what goes on there.”

The Catholic Church, meanwhile, is both a religious building, which was constructed in 1938, and a historic 1909 mansion known as “Wilga.”

“The rectory is in the historic mansion and they’ve combined the two spaces for their building, which is really interesting to see,” Morrow explained.

“This [tour] offers a different take on a house tour — you get to do some exclusive experiences, you get to learn about businesses and community spaces as well as houses. It offers a more diverse selection [of places,] and a better idea of how a neighbourhood developed versus just one person’s house.”

For more details about the Grandview Heritage Tour, which runs from noon to 5 p.m., Sept. 28, or to buy a ticket go to vancouverheritagefoundation.org.