“Over the past 10 years, Vancouver has placed a strong emphasis on development that supports walkability."
Feb 12, 2020 5:50 PM By: Elana Shepert 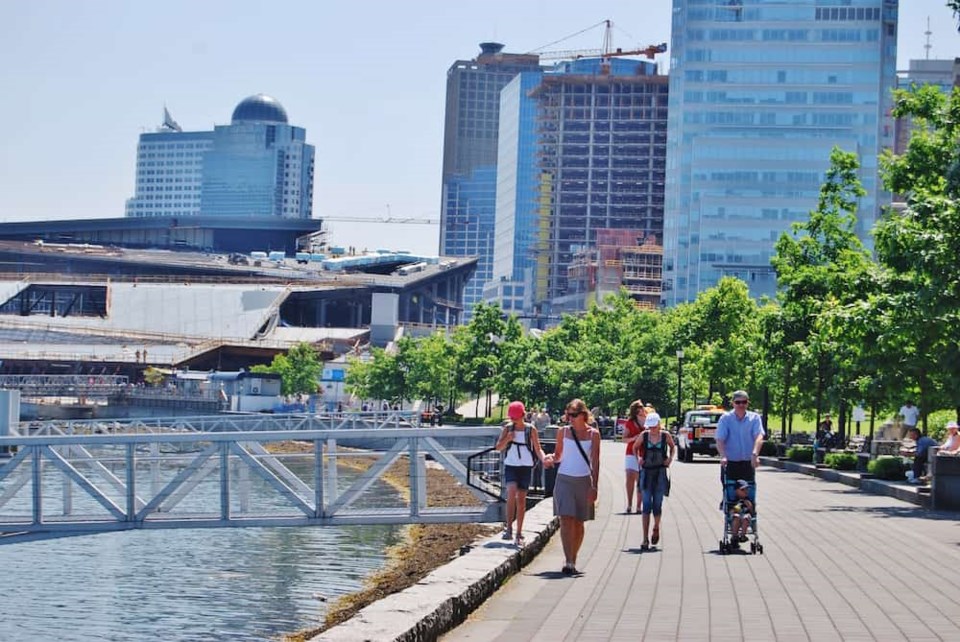 Vancouver has been named the most walkable city in Canada. Photo: Walking in Vancouver/Shutterstock

While Vancouver was recently ranked the most congested city in Canada, a new ranking finds that the coastal city is quite comfortable on foot.

According to a new ranking from Redfin, a technology-powered real estate brokerage, Vancouver is the most walkable city in Canada.

The ranking is based off of data from Walk Score®, a Redfin company that rates the walkability of cities, neighborhoods and addresses. Cities where daily errands do not require a car score 90 points and above, a score of 70 to 89 points means most errands can be accomplished on foot and a score of 50 to 69 indicates that some errands can be completed on foot.

Vancouver was given a walk score of 80, or very walkable, with report authors noting that the city has, "a lively downtown, terrific neighbourhoods, easily accessible natural playgrounds all year round, and a thriving economy."

In Vancouver, however, well-built properties in walkable areas often cost a pretty penny.

“Over the past 10 years, Vancouver has placed a strong emphasis on development that supports walkability. Many of the new developments are focused on areas that are close to transit—specifically our monorail system,”  said Brooks Findlay, Redfin Vancouver market manager.

“The city itself has also been very focused on building new walking and bike paths, allowing for a green commute and discouraging single-driver vehicles. Many young professionals in Vancouver don’t even consider owning a car. Developers have created mini villages in high-traffic areas, meaning you don’t have to travel more than five or six blocks to get anything you need.”

Toronto, with a Walk Score of 61, also made it into the top three.

“A lot of Toronto is connected underground, so when it gets cold in the winter, there are still ways to get around. Then there’s the boardwalk, which allows people to walk across much of the city right on the waterfront,” Redfin Toronto market manager Blair Anderson said.

“One thing people don’t always realize about Toronto is that there are lots of nature walks and trails right in the city. If it was just a concrete jungle, people wouldn’t be so inclined to walk places, but since it’s so beautiful, walking is appealing. Plus, city traffic is less than desirable these days, so being able to get around on foot is very advantageous.”