In an online petition, Strathcona homeowners are pledging to withhold property tax payments until safety is restored for all residents of the community - including those who currently call the camp home
Aug 14, 2020 2:07 PM By: Megan Lalonde 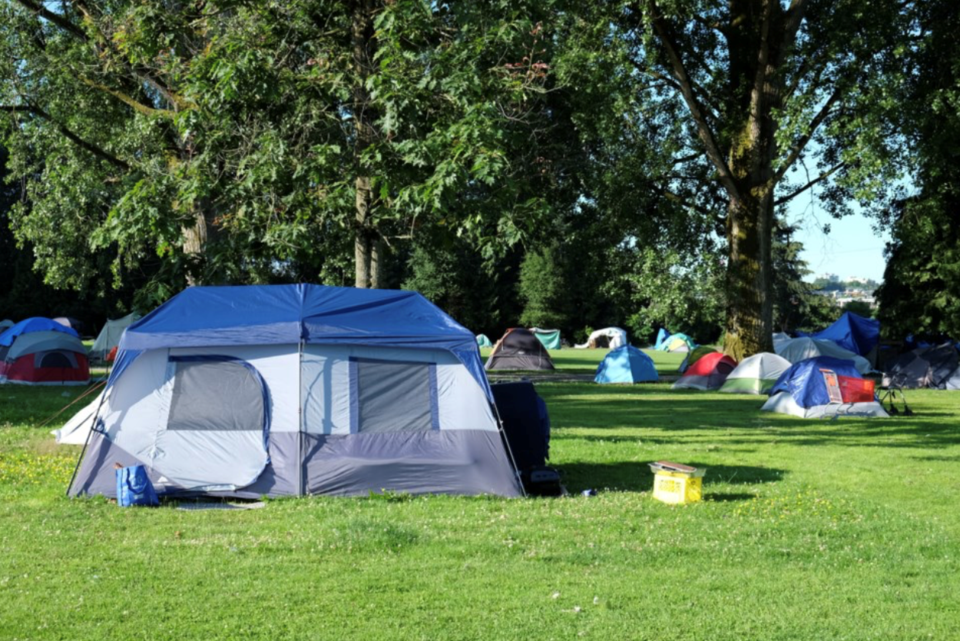 With more than 200 tents, the Strathcona Park homeless camp is the newest and largest unsanctioned encampment in Vancouver. File photo by Mike Howell

A group of homeowners in East Vancouver's Strathcona neighbourhood are declaring "tax resistance" until officials address their concerns about community safety related to a nearby homeless camp.

In a Change.org petition launched earlier this week, the homeowners are pledging to withhold property tax payments until safety is restored for all residents of the community - including those who currently call the camp home.

The homeless encampment, dubbed Camp K-T, popped up in Strathcona Park in June, after police evicted campers from CRAB Park, operated by the Vancouver Fraser Port Authority, and Oppenheimer Park.

In a declaration of intent, the petition's organizers said their neighbourhood "draws strength and resiliency from the diversity of its community, who include Indigenous people, multi-generational Chinese-Canadians, new Canadians, young families, pensioners, artists, activists, and most recently unhoused residents of Camp K-T."

They added, "Strathcona is a community where neighbours care for each other, and share a keen interest in community health and safety."

Homeowners' concerns stem from a steady increase in personal crime, property crime and public exposure to human and biohazardous waste over recent years, the petition explained. "These issues have worsened dramatically in recent weeks, to the point that many of our most vulnerable neighbours—including low-income seniors and children—feel too unsafe to use one of only two neighbourhood parks available to them."

The issues can be attributed to "government inaction in the face of obvious public health and housing crises," according to homeowners.

"We have been abandoned by our elected officials."

The petition, directed at the City of Vancouver, the B.C. Government and the federal government, is calling on signatories to withhold property tax payments to the City—"by way of deferral, assessment appeal or other lawful means"—until three demands are met.

Petition organizers said they would like to see elected officials respond to the public health and housing crises currently plaguing their neighbourhood with the same force that was applied to bending the COVID-19 curve.

"A single 60-bed high-barrier navigation centre will not suffice," they wrote. "We pledge to pay our fair share of property taxes when our community—which includes Camp K-T—finally receives its fair share of public health and safety resources."

To date, the petition has received over 570 signatures.