Commissioners approved a colonial audit of the Vancouver Park Board’s history and actions, including dispossession and theft of ancestral lands in traditional Coast Salish territories, like the area that came to be known as Stanley Park.
Jul 25, 2018 6:52 AM By: Jessica Kerr

Vancouver Park Board is looking to formally apologize to Musqueam, Squamish and Tsleil-Waututh First Nations for “core acts of colonialism.”

Board chair Stuart Mackinnon recommended making the formal apology Monday night as commissioners approved a colonial audit of the board’s history and actions, including dispossession and theft of ancestral lands in traditional Coast Salish territories including Vancouver beach areas and the area that came to be known as Stanley Park in the years after the park board was formed in 1888. 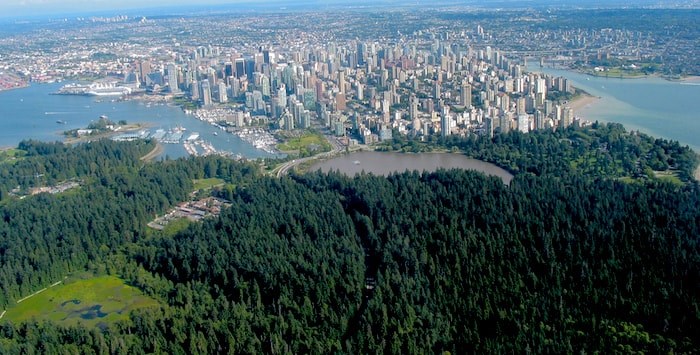 “The occupation of unceded territories has produced the uncomfortable question of what it means for the park board to hold jurisdiction over the federally and internationally recognized territories of Musqueam, Squamish and Tsleil-Waututh peoples,” Mackinnon said.

“To move forward we must come from a position of truth and humility and acknowledge that our colonial past requires us to take responsibility,” he added. “This responsibility means we must be willing to admit fault and seek an opportunity to formally apologize to the local First Nations.”

Commissioners approved the colonial audit and directed staff to undertake a more comprehensive audit for a deeper analysis of all areas of colonial impact, fully documenting long-term practices, impacts and the ways in which colonialism is woven into the day-to-day operations of the park board.

The park board started its reconciliation work at a meeting in 2015 between the commissioners and the three First Nations, marking the first time the board officially acknowledged the Musqueam, Squamish and Tsleil-Waututh peoples are rights holders and launching a joint process to develop a long-term plan for Stanley Park.