A Vancouver photographer has shared a series of moody images of Chinatown dusted in snow.

Mazhar Bagasrawala, a designer and photographer based in Vancouver, said he was inspired to take the photos during the snowstorm that swept through the city mid-January. He had just returned from a trip to Indonesia and woke Jan. 15 to see a city covered in white, and couldn’t resist the rare opportunity to capture it in all its glory.

“My eyes opened at 4 a.m. and I saw that there was a snowstorm outside,” Bagasrawala told Vancouver Is Awesome.

“So I layered up, took my camera gear, an umbrella and ventured out into the -7°C environment."

He said he chose to capture Chinatown in snowy conditions because of its historic and aesthetic value. 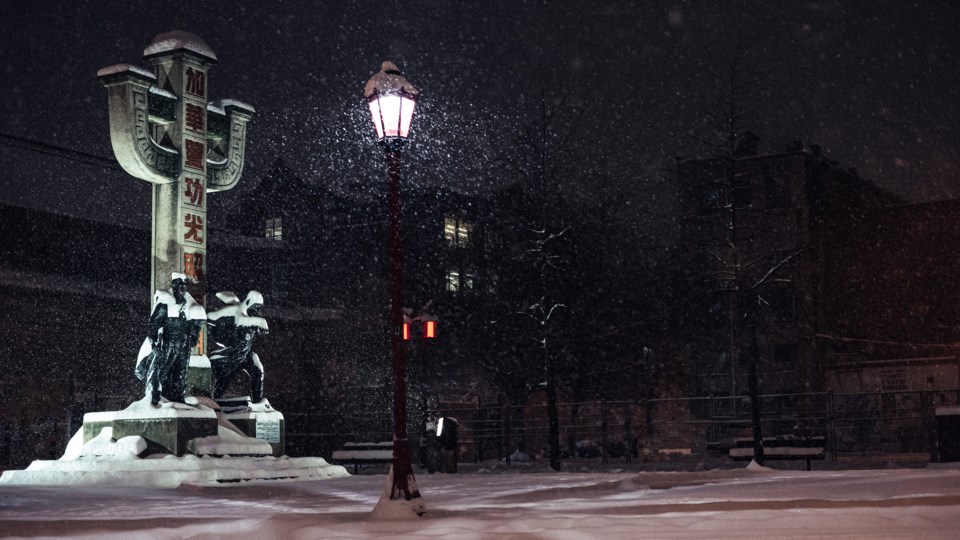 “A National Historic Site of Canada and one of North America's largest and oldest Chinatowns—the neighbourhood is truly an eclectic mix of East and West.

“With its notable buildings, neon signs, and traditional business establishments, Chinatown makes for a picturesque midnight escapade during a snowstorm.”

Bagasrawala said the series of photos —Snowmageddon in Chinatown—was simply a passion project, which he wanted to share with others.

You can see more of Bagasrawala’s work on Instagram via @mazhar.b.