Vancouver poised to ban use, sale of ‘bear bangers’ 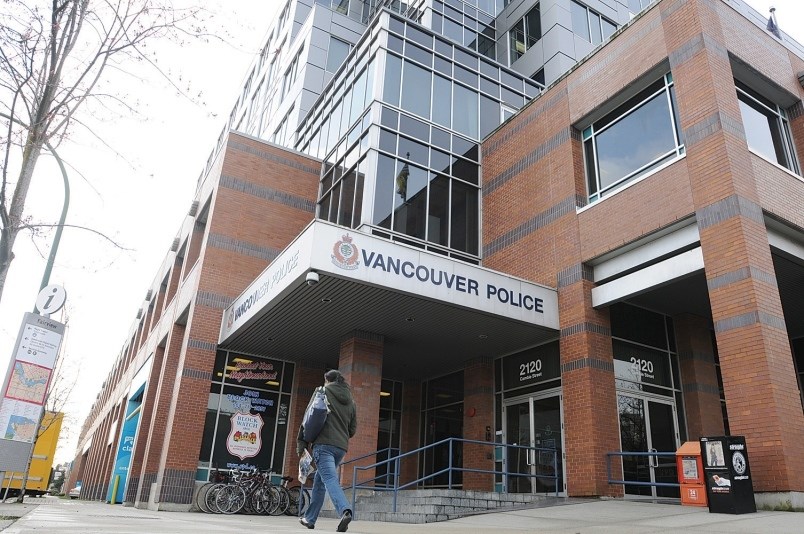 Vancouver police and 3-1-1 city operators have received more than 500 calls in the span of two months related to “bear bangers.” File photo Dan Toulgoet
More than 500 calls to city hall and police about people setting off “bear bangers” in Vancouver has triggered city council to order a ban on the discharge and sale of the animal-scaring devices.

The ban could be in place next Tuesday after council reviews a staff report that also recommends a $1,000 fine be levied against anyone who sets off or sells a bear banger.

Further penalties could include prosecution and loss of a business licence.

Residents, however, who require bangers for their intended purpose — wilderness encounters with animals, primarily bears — can continue to purchase them online or in stores outside Vancouver that carry the devices.

Earlier this month, council requested staff prepare amendments to the fire and ticket offences bylaws to ban the devices. In May, complaints began to pour in to the city’s 3-1-1 phone service of loud, explosive sounds heard throughout downtown and surrounding areas.

As of July 8, the city received 180 complaints and Vancouver police fielded reports of 327 over the same time period related to the devices. The report said some of the 507 calls could have been from the same caller about one incident.

Police say they don’t know what sparked the sudden use in bangers.

“I’m actually not too sure,” said Const. Tania Visintin, a VPD media relations officer, in an email Thursday.

Bangers, which are about the size of a roll of dimes, are usually fired from various types of launchers and can travel between 20 and 100 metres before letting out an explosive bang.

In some cases, police investigations discovered bangers were modified with ball bearings and a fuse for use as an improvised explosive device, or IED.

In one case, such a device was set off against the wall of a downtown building, shaking the walls and causing “significant distress to residents and people in the vicinity,” the staff report said.

In another case, police found a stuffed animal toy in a downtown park with an IED strapped to the underside. The report doesn’t indicate whether anyone has been injured from the devices.

The bangers can be purchased at outdoor supply stores in Vancouver and other parts of the region. A package of six typically sells for $20. Retailers are not required to maintain records of purchasers, or limit the number sold.

The sale of bear spray, however, requires the purchaser to be at least 18 years old and provide their name and address to a retailer, who records the amount purchased.

A signed “notice to purchaser agreement” is also part of the transaction, which outlines the legal uses of the spray and contains a liability warning.

The report said buyers of bear bangers tend to be people who work in forestry and mineral exploration, and people who spend time in the outdoors for recreation such as hiking, camping and mountain biking.

In preparing the report, staff consulted nine retailers and three suppliers of bangers. Others consulted included outdoor recreation clubs and associations, conservationist groups, conservation officers, industries that use the devices in the field to protect workers and the B.C. Society for the Prevention of Cruelty towards Animals (BCSPCA).

“Most of the groups consulted were supportive of a ban on the discharge and retail sale of exploding animal deterrents in Vancouver, with the exception of some retailers and a few outdoor recreation and industry groups that do not support a ban on sale,” said the report, noting gun stores were among those opposed to the ban on sales of bangers.

One supplier, the report added, thought prohibition of bangers would be an “extreme reaction” to take by council. Meanwhile, the BCSPCA told staff it was unaware of any documented cases of pets in distress, or gone missing because of noise made by bangers.

But, the report added, that may be because cases attributed to fireworks were actually due to bear bangers, with pet owners likely unable to distinguish between the two sounds.

This Halloween will be the last one for Vancouver residents who like to set off fireworks, with council deciding in November 2019 to ban the sale and use of fireworks to and by the general public after Oct. 31, 2020.

If council passes the staff recommendations Tuesday, Vancouver will join Delta, Pitt Meadows, Township of Langley, Rossland, Vernon and Dawson Creek as cities that have either regulated or banned the use of bangers.

Check out this crazy augmented reality mural in downtown Vancouver
Feb 24, 2021 9:57 AM