Organizers also announced a new look for the brand ahead of this year’s event.

Vancouver Pride is going to look a little different this summer.

Following last month’s announcement that Vancouver’s annual Pride Parade and associated festivals would not be taking place this summer, Vancouver Pride Society (VPS) has released its line-up for “Virtual Pride 2020.”

Scheduled to kick off on Monday, July 27 with a proclamation and flag rising, highlights of the seven-day event roster include a Virtual Pride Parade live stream, a QTBIPOC pride celebration, drag shows, a day of physically-distanced city hall weddings for LGBTQ2+ couples, “Symphonic Pride” with the Vancouver Symphony, and much more.

“I am excited about our new collaborations this season,” said Andrea Arnot, VPS executive director, in a release. “We are partnering with the Vancouver Symphony Orchestra to bring you a variety talent show extravaganza and with the Vancouver Writers Festival to produce a queer Writers Showcase.” 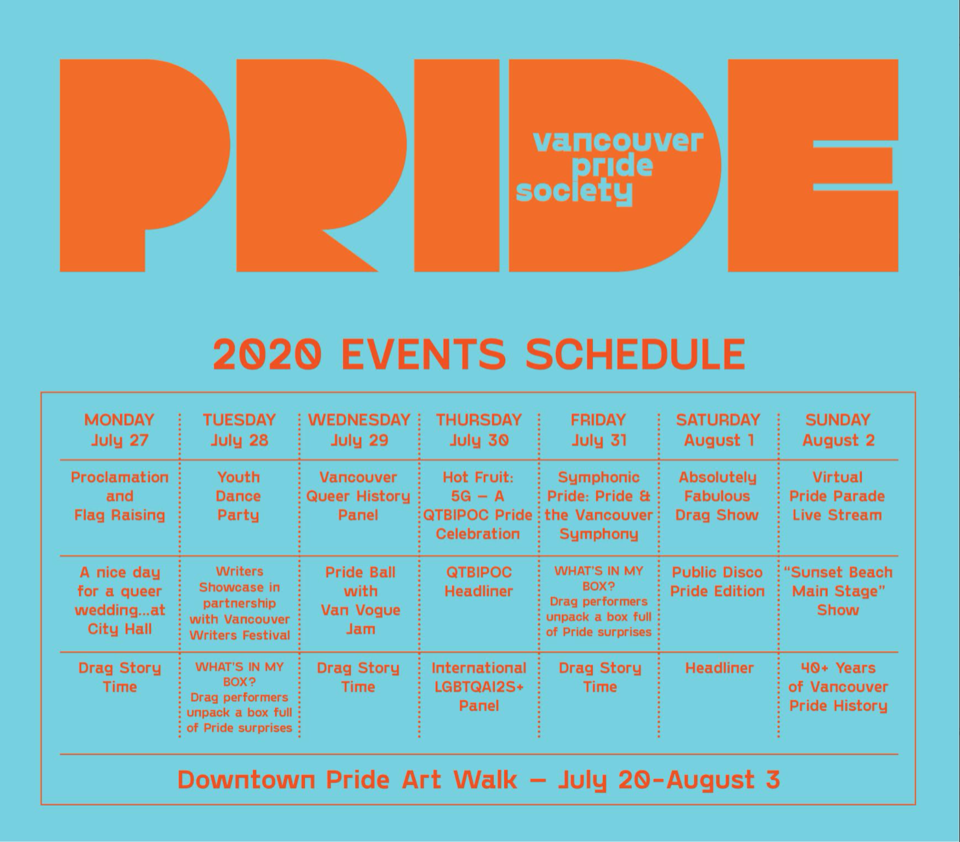 Some of the events VPS is producing will also shine a light on LGBTQAI2S+ history in Vancouver.

“Now people from all over the world can tune into Vancouver Pride festivities and events. Pride cannot be cancelled, only reimagined,” VPS explained in the release.

But the switch from in-person gatherings to virtual platforms isn’t the only change the Vancouver Pride Society is implementing this summer. Organizers also announced a new, re-branded look in time for this year’s event.

Considering Vancouver Pride “is both protest and party, critical and celebratory,” all while taking place on B.C.’s beautiful West Coast, organizers were tasked with figuring out how to capture that feeling and turn it into “a visual identity.”

So, they turned to Carter Hales Design Lab for help creating a new app, website and brand identity. While the society’s anticipated brand launch and open house were yet another casualty of COVID-19 cancellations, those interested can check out the changes online, with the full website and app set to launch on June 1. 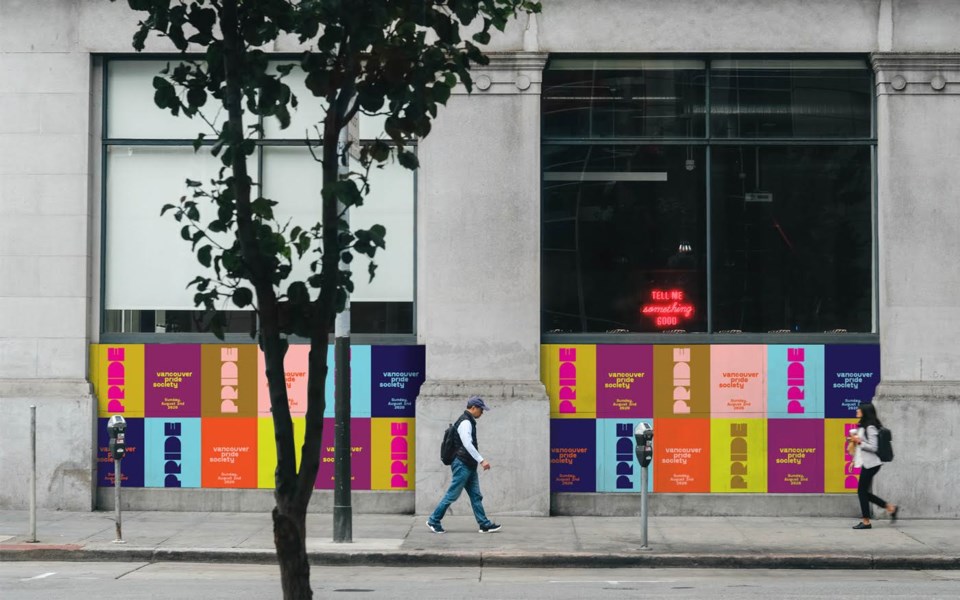 “VPS has gone through a metamorphosis over the past five years,” said Arnot. “We changed how we serve and advocate for our community and we wanted a fresh, new look that reflected our journey.”