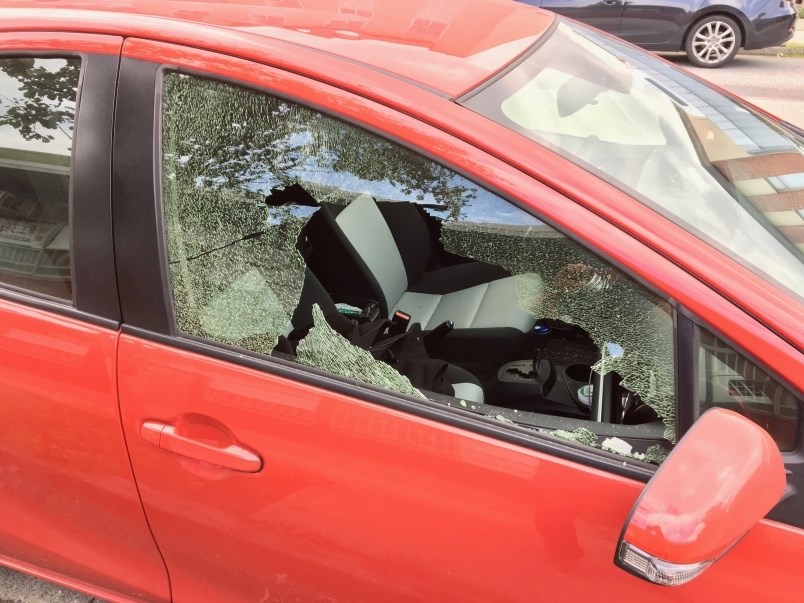 A review of the Vancouver Police Department’s crime statistics shows that reported thefts from vehicles reached 1,270 cases in January before falling to 463 in June, the lowest it has been in several years.

In fact, when compared to the same six-month period in 2019, police handled 1,676 fewer reports of break-ins to vehicles this year, according to calculations done by Glacier Media.

Although Const. Tania Visintin, a VPD media relations officer, wouldn’t speculate on the reason or reasons for the drop, the decrease suggests a strong link to the wide-ranging effects of the pandemic on society.

People have lost their jobs and no longer drive into the city, while others are working remotely from home. Businesses have closed, fewer people are shopping and tourism has plummeted.

These are factors Charles Gauthier, president and CEO of the Downtown Vancouver Business Improvement Association, mentioned in explaining the likely reasons for the decrease in car break-ins.

For years, the downtown central business district has been the primary hotspot for break-ins, both in the many parkades and on the street. In January, police received 504 reports connected to the district— by far, the highest in the city.

That statistic dropped to 111 in June.

In an email Tuesday to Glacier Media, Gauthier said he was “pleasantly surprised” by the drop but suggested it wasn’t unexpected when considering the dearth of visitors downtown, particularly in April and May.

At the same time, Gauthier said, he has heard that in late May and in June that those still employed were driving to work because of fears associated to contracting COVID-19 on transit.

“Traffic volumes are picking up as is parking usage,” he said.

“The sheer drop in tourism and out-of-town visitors renting cars, or driving here from other provinces and the U.S., has resulted in fewer [theft from automobile] targets.”

The City of Vancouver regularly updates a “dashboard” of statistics on its website, with one category capturing the number of vehicles travelling in and out of the city.

The most recent statistics for the July 20 to 26 period show a decrease of 15 per cent compared to the same week last year. Specifically for downtown, the decrease was 18 per cent.

More data supplied to Glacier Media from the city’s communications department shows traffic in and out of downtown saw a 52 per cent or more drop between March 25 and April 22.

It was more than 42 per cent city-wide for the same period.

Pedestrian traffic at “key locations” in Mount Pleasant and the West End was down 52 per cent for the July 20 to 26 period, when compared to last year. Bicycle traffic was up three per cent.

Visintin said the police department hasn’t run any major operations focused on break-ins to vehicles, but officers have gone after thieves breaking in to businesses and people committing hate crimes.

“Certain crimes did go down, but we’re noticing trends with other crimes, so our investigators had to make adjustments and focus on other areas,” she said.

“It’s not like we’re saying our job is done [on reducing car break-ins], it’s just that we’re focusing on areas of more concern during this time.”

Hate crimes are not included in the monthly statistical reports posted on the VPD’s website, but police announced July 17 that investigators identified 155 “hate-associated reports” this year.

That statistic is up from 69 for the same period last year.

Police have since formed a special hate crime project team to combat the crimes that are largely targeting people of Asian descent.

VPD statistics show thefts across the city have also decreased during the pandemic, with 989 reported in January and 634 in June. Burglaries to homes and businesses are also down, from 457 reports in January to 309 in June.

A total of 21 arsons were reported in January and February. In March alone, that type of crime spiked, with 38 reports, followed by 41 in April and 39 in May. Arsons decreased in June, with 24 reported.