Photo VTSL Vancouver TheatreSports League's new late-night show takes its inspiration from the bizarre stories featured in the news and turns them into edgy comedy.
0
Jul 23, 2018 2:00 PM By: Melissa Shaw 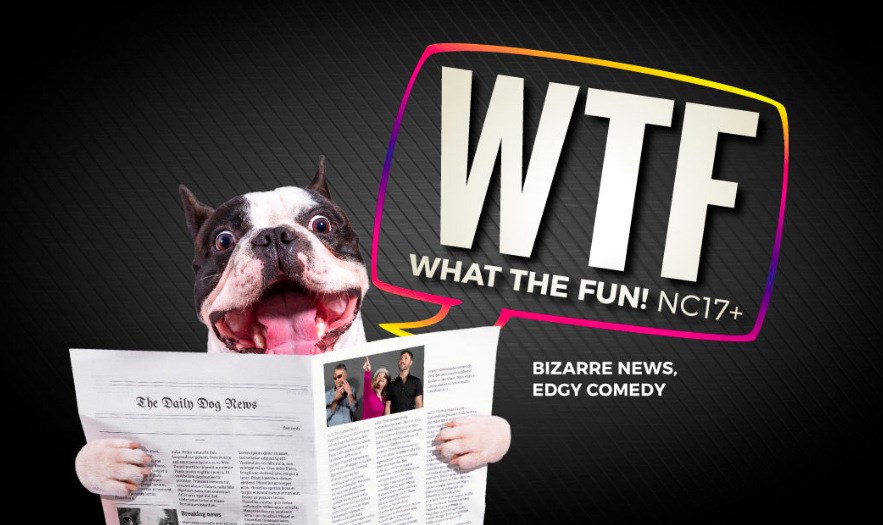 Vancouver TheatreSports League's new late-night show takes its inspiration from the bizarre stories featured in the news and turns them into edgy comedy.

How many times have you seen a weird news story pop up on social media? In this era of fake news who hasn’t felt the compulsion to click on one of these stories to see if the headline is really true?

These stories are fascinating because they never turn out the way people expect them to and as Mark Twain wrote -- truth is stranger than fiction.

Recent gems from past shows include: "Fish fall from the sky in Northern Mexico,” “Shark nearly chokes to death on moose, is saved by Canadian bystanders,” and “Goat refuses to leave Sask. Tim Hortons, gets ‘arrested’ by RCMP.”

The VTSL improv team brings their lightning-fast wits to add to each scenario. The result is unpredictable and cutting comedy.

Another segment of the show features on-stage improvisers putting their own spin on written anecdotes or Instagram photos provided by the audience to provide 'reinterpretations' of fun times.