It doesn't look like we'll see that many April showers.

The Vancouver weather forecast calls for two weeks of spectacularly sunny, pleasant weather, albeit the nights will still feel cool.

While Friday, April 9 was dismal in the city, The Weather Network calls for a dry two weeks to come, with daily highs reaching up to18°C. 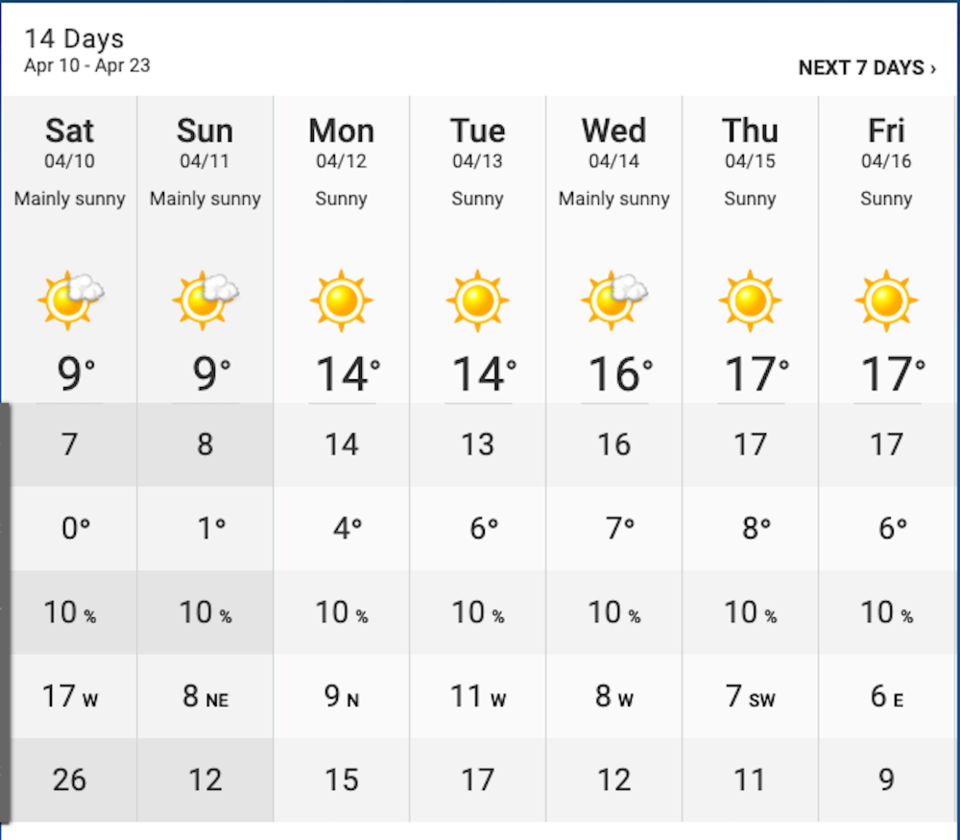 Photo via The Weather Network 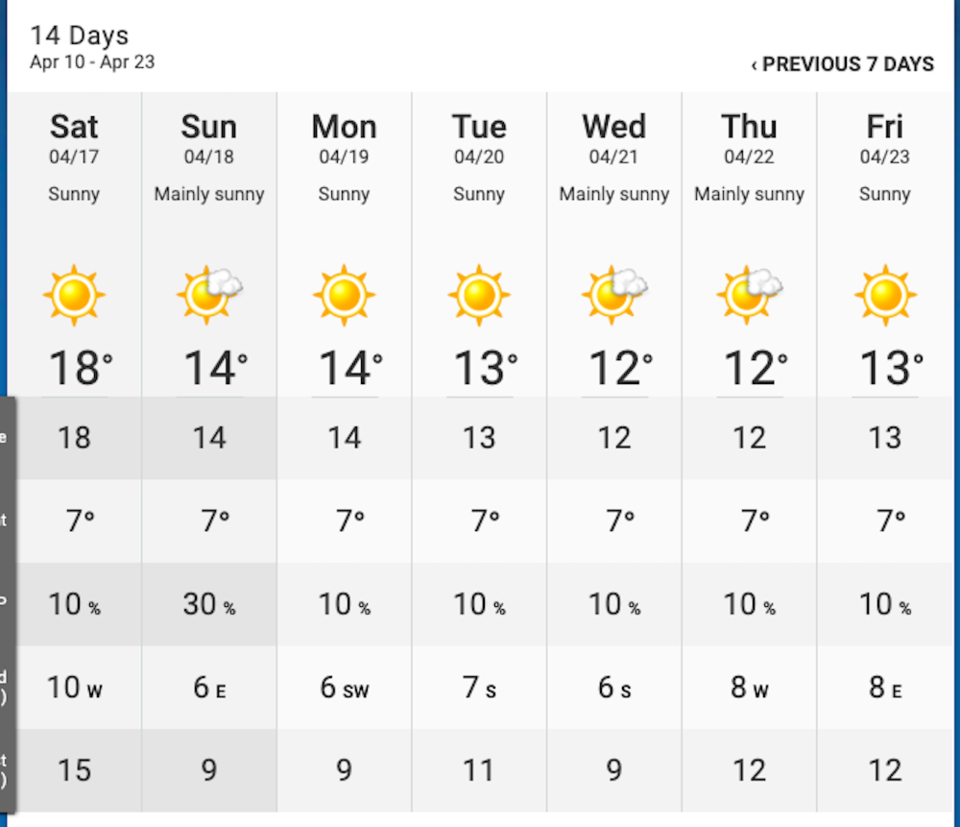 Photo via The Weather Network

While summer might start off with a bang in Metro Vancouver, April's forecast isn't looking particularly warm for the Lower Mainland.

Environment Canada Meteorologist Armel Castellan tells Vancouver Is Awesome that April's forecast looks cooler than average this year. What's more, he says it looks like the month will see temperatures up to 2°C below seasonal averages.

"I think we're going to see a higher probability of seeing that continued northwesterly flow giving lower normals," he explains.

Following April, however, Castellan says the south of B.C. is expected to see above-average temperatures for May and June. That said, he notes that the forecast is still showing the weaker "end of the probabilities," such as 40 to 50 per cent.