VIDEO: Waterfront Station considered one of Vancouver's most haunted buildings

Over the train station's many years of operation, dozens of ghost stories have been reported ranging from ghostly flapper girls to headless railway workers
Jan 21, 2021 1:50 PM By: Cameron Thomson 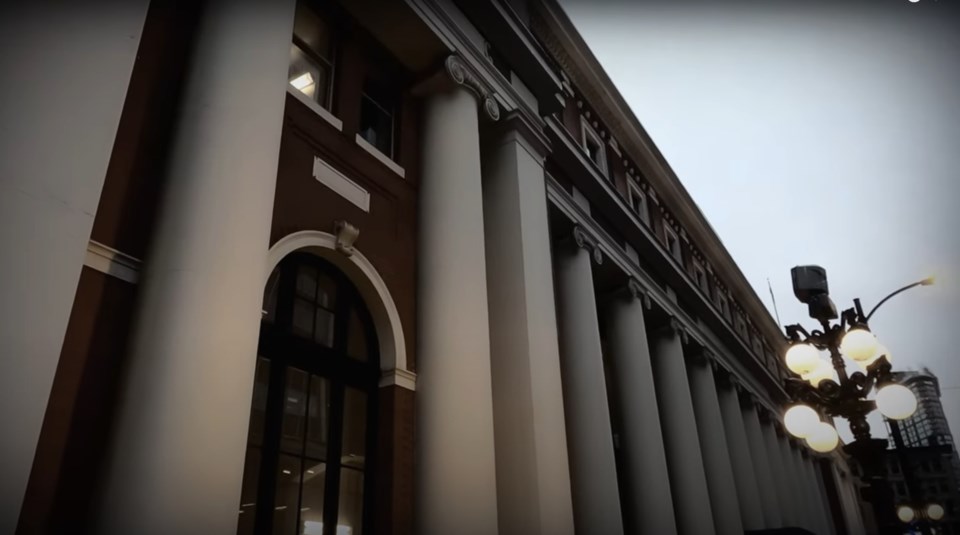 According to one exploration YouTube channel Vancouver's Waterfront Station could be one of the most haunted buildings in the city. Exit Thru the Gift Shop

An exploration dedicated YouTube channel recently called Vancouver’s Waterfront Station one of the most haunted buildings in the city.

The channel, called Exit Thru the Gift Shop, has tasked itself with finding the best, most unique and weirdest theme parks and attractions. Over 250 videos have been uploaded to the channel featuring stories and locations from North America with the majority being based on sites in British Columbia.

Videos range from a tour of the Britannia mines, Kangaroo farms in Kelowna and the Kettle Valley Railway. More recently though the channel uploaded Haunted Vancouver: Ghosts of Waterfront Station.

The video spends a few minutes introducing the building and its history before getting into the ghost stories. One of the most famous being the story of Hub Clark, a railway worker who was killed in 1928. Legend has it that while Clark was making repairs in the rail yard he slipped on some wet tracks, was knocked unconscious and was beheaded by a passenger train.

Since then people have reported that Clark has been seen roaming the tracks, lantern still glowing in his hand.

The video goes on to mention station security guards have seen many of the paranormal activities, including dancing ghosts of 1920s flapper girls and hearing depression era music, the sounds of footsteps when no one is around, objects being moved without being touched, and the ghosts of three little old ladies waiting for a train that never arrives.

“In the daytime thoughts of ghosts fade as thousands of travellers hurry about on their daily commute but if you’re at the station late at night when most of the city is asleep you might just catch a glimpse of these mournful souls,” the narrator says in the closing minutes of the video.

The ghost stories are corroborated by the Ghosts of Vancouver blog.