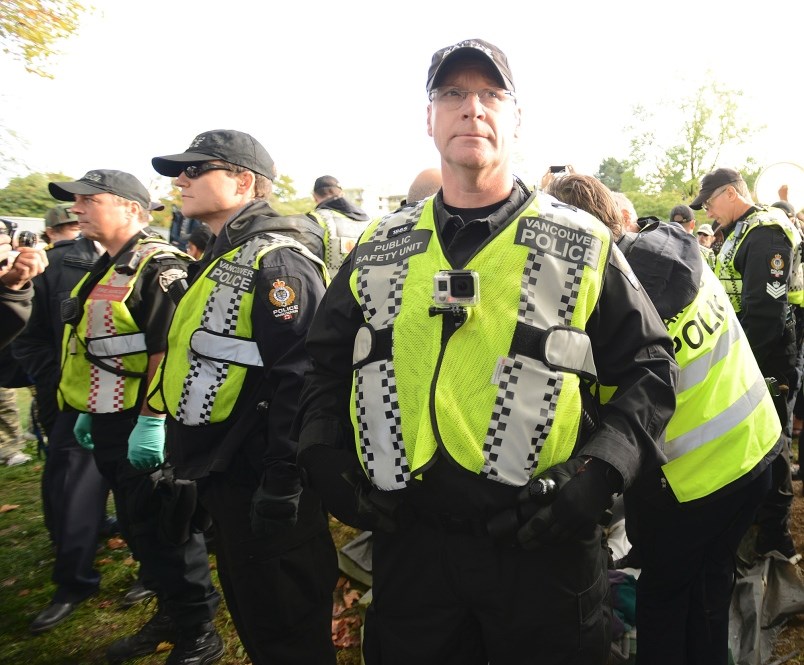 You may have heard that Toronto police officers will soon be wearing body cameras.

The Toronto Police Services Board approved a recommendation Tuesday from that city’s now-retired police chief, Mark Saunders, to equip officers with body cameras, according to a statement the board posted on its website.

More than 2,000 cameras will cost about $34 million over the next five years.

Body cameras were among a series of sweeping changes adopted by the board that aim to make police more accountable for their actions in Toronto, including anti-racism training and developing new and enhanced models of mobile mental health and addictions crisis intervention.

The changes also require a line-by-line breakdown of the 2020 Toronto Police Service budget to be posted on the department’s website “in a machine readable, open format that would facilitate further analysis of the information.”

Furthermore, the new chief — whoever that may be — must provide an annual line-by-line breakdown of the department’s budget request at the outset of every annual budget process.

All of this is interesting for many reasons here in Vancouver, but I’ll focus on two: body cameras and the Vancouver Police Department’s budget.

I’ll begin with the budget.

Just last week, the city launched a campaign to get citizens’ feedback on what they want to see in the city’s overall 2021 budget, which is estimated to come in around $1.6 billion, with $300 million or more of that tied to the VPD’s operating budget.

The newest addition to the budget feedback exercise is an online simulation tool that allows a citizen to “balance the budget” and identify areas where that person thinks the city should invest more or less money.

So if a citizen believes police should be wearing body cameras, or they want to “defund the police,” this would be a place to weigh in before city council meets in December to debate in what will undoubtedly be heated back-and-forth sessions.

I used the word “heated” because we’ve already seen some of that behaviour play out between some councillors via Twitter.

The sniping is not surprising, since we are living in different times and more pressure is on council to respond to how police operate in Vancouver, whether it be street checks or responding to domestic disputes or to someone in a mental health crisis.

Police Chief Adam Palmer told me back in June that he is prepared to hear people out on what changes they recommend — as long as the changes are based on evidence and reason.

During our conversation, he pointed out the agency with one of the loudest voices calling for more treatment for drug users, more housing for people who are homeless and more services for people in a mental health crisis has been the police.

“I’m a big fan of dealing with upstream drivers of crime or social disorder, things related to poverty and homelessness and addiction and mental health issues,” said Palmer, noting the department has published several reports over the years about their concerns.

“But I think people have to be pragmatic and realize it’s fine in some of the lower level things [to have someone other than police respond], but not in the more serious cases where people are dealing with severe mental health issues…I don’t want to see a social worker or a psych nurse put into danger in a situation they’re not trained to deal with.” 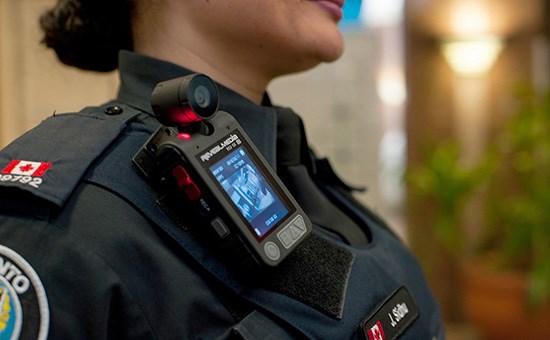 The last time I wrote about this issue was in November 2016.

That’s when the Independent Investigations Office said in its annual report that it could have better resolved a significant number of cases in B.C., if officers were equipped with body cameras.

The report concluded that footage from cameras would have potentially assisted in 93 per cent of 71 investigations reviewed by the agency’s investigators.

At the time, then-VPD media liaison officer, Sgt. Brian Montague, told me the department was not opposed to the concept. But, he said, the cost of setting up a new unit within the department, along with outfitting officers and purchasing new equipment, was estimated at $17.2 million.

The cost was cited again by current media liaison officer, Const. Tania Visintin, in her emailed response to me Wednesday, although she didn’t provide any new budget estimates for the cameras, which would likely cost more in 2020.

“Further, there are concerns that the cameras provide a specific view that is unlikely to convey the totality of the situation; and there are privacy considerations for members of the public.”

A statement from Mayor Kennedy Stewart in his capacity as chairperson of the Vancouver Police Board echoed Visintin’s comments, saying costs and privacy concerns “remain key barriers in considering to move forward with implementation.”

“The board remains open for discussion on the implementation of body worn video, or any other viable mechanism that would ensure accountability to the community, and is hopeful such topics will be part of the ongoing provincial review of policing in British Columbia,” Stewart said in an email.

A Vancouver police report that went before the police board in 2013 pointed to several benefits of having police wear cameras, including increased transparency.

“When an incident occurs and the facts of the case are disputed by police officers and suspects, the camera provides another set of facts which may aid in determining what actually occurred,” the report said.

“However, it is important to note that the value of [body cameras] in many use-of-force situations is limited due to the fact that in the case of a struggle, the video will likely be obscured.”

The last time I recall Vancouver police experimenting with body cameras — GoPro cameras not the kind police typically wear in other departments — was when they cleared the Oppenheimer Park tent city in 2014.

Police wrote a report on the experiment but I have yet to see it, although I don’t recall any controversy raised at the time, as Pivot Legal Society was in the park to observe officers on that day.

Last year, the B.C. government established standards for how police officers should use body cameras, but they don’t mandate their use.

I know the RCMP has used body cameras from time to time in B.C., but I’m not aware of any detachments or municipal departments that have completely outfitted officers with the cameras.

That may change as pressure mounts in B.C. for more police accountability.

Interesting to note though, the recent mass protests around the globe to reform police departments were not ignited by images captured on a body camera, but after a teenager used a phone to film a Minneapolis police officer kneeling on George Floyd’s neck until he could no longer breathe.