No one should be without a place to stay during a pandemic, or for that matter, a Canadian winter.

Housing is something everyone deserves, and it’s also a key driver of the economy.

The last six months have laid bare fundamental gaps in our society.

OK, I’ll stop there with the obvious statements.

They’re not mine, anyway.

I lifted them from the Trudeau government’s throne speech read Wednesday by Governor General Julie Payette to open a new session of Parliament in Ottawa.

I zeroed in on these statements because I wondered what they actually mean for people without a home in Vancouver, particularly those on the streets, in shelters and the several hundred living in Strathcona Park.

The short answer is I don’t know yet.

But I do know Mayor Kennedy Stewart and his staff are seized with putting together a plan to access some of the $1 billion the federal government promised this week to cover the construction of modular housing, the purchase of land and conversion of existing buildings to affordable housing.

The $1 billion was highlighted in the throne speech, but announced a few days earlier when Ahmed Hussen, the federal minister responsible for Canada Mortgage and Housing Corporation, rolled out what is being called the “Rapid Housing Initiative.”

“Pursuing Vancouver's fair share of the [$1 billion initiative] is my top priority right now, and I've already asked staff to finalize a list of projects we will submit,” Stewart said in an emailed statement to me Thursday.

“I have already spoken with Minister Hussen twice since this fund was announced three days ago, and my team and I are in daily meetings with city staff and our contacts in Ottawa to make sure we secure funding quickly."

The government says the money will allow for the “rapid creation” of up to 3,000 new affordable housing units across the country, according to a news release issued Monday, which was full of numbers and promises.

If I’ve got this straight, the $1 billion is in addition to $236.7 million to be further spent on the government’s homelessness strategy “to help extend and expand the emergency response to the COVID-19 outbreak.”

That $236.7 million is an addition to $157.5 million announced in April “to help communities address the immediate impacts of the pandemic.” No specific examples were given of how and where the money from April was used, or what specifically the $236.7 million will be spent on in the coming months, or years.

In Vancouver, recent investments in housing for homeless people have come largely from the provincial government, with funds for hundreds of modular housing units, the purchase of hotels and a promise to build a 60-bed triage, or “navigation centre.”

Over the years, city politicians and housing advocates have complained repeatedly at council meetings, at news conferences and in interviews that the feds should be spending more money and time in Vancouver, where more than 2,000 people were counted in March as homeless.

That number is considered an undercount and the mayor has said he believes the pandemic has only increased the homeless population in the city, as easily observed in a walk or drive around town. 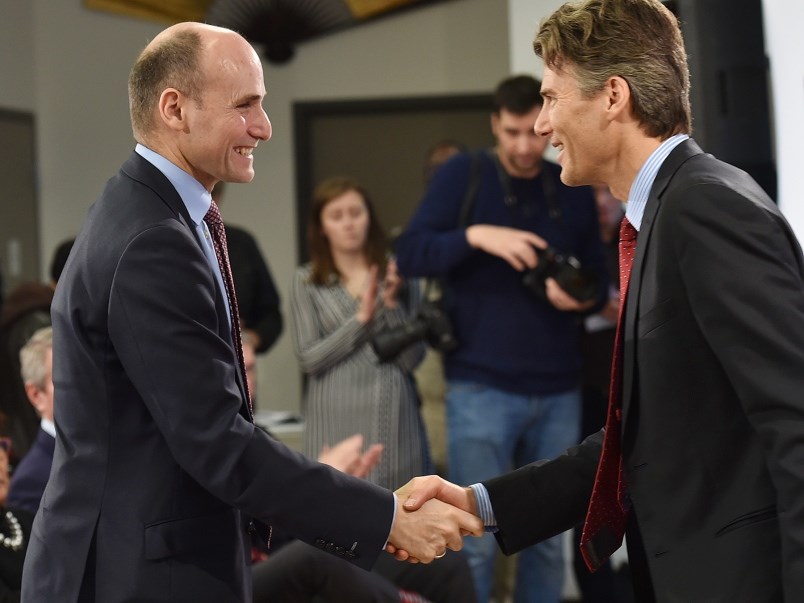 Regular readers will recall the Trudeau government made a big news splash in November 2017 when then-minister responsible for housing, Jean-Yves Duclos, came to town to announce a $40-billion, 10-year housing strategy.

“The federal government is back in housing — and in a big way — with more ambition, more money and a greater desire to collaborate,” said Duclos from the Woodwards building, where he was greeted by a smiling Gregor Robertson, the city’s former mayor, whose pledge to end “street homelessness” by 2015 failed miserably, with him blaming senior governments for inaction.

Duclos said at the time the goal of the national housing strategy was to reduce “chronic homelessness” in Canada by 50 per cent by 2027. Now we learn via the throne speech the government is now focused on “entirely eliminating chronic homelessness in Canada.”

But then there’s the current reality, as I heard from longtime housing advocate and current city councillor, Jean Swanson, and Jill Atkey, the CEO of the BC Non-Profit Housing Association.

“First thing with the Liberals is there’s usually a big gap in what they say and what they do,” she said, pointing to Duclos’s announcement in 2017 and how Vancouver’s homeless population continues to grow.

“I don’t really believe anything unless I see the money. They said they were going to give us all this dough in 2017, and where is it?”

The 3,000 new affordable housing units announced in the $1 billion plan, she said, would be great for Vancouver, but those homes are supposed to be spread across Canada, noting the country has a homeless population of more than 200,000 people.

Swanson described the modifiers “chronic” and “street” as “weasel words” used by politicians to avoid committing to ending homelessness — period. 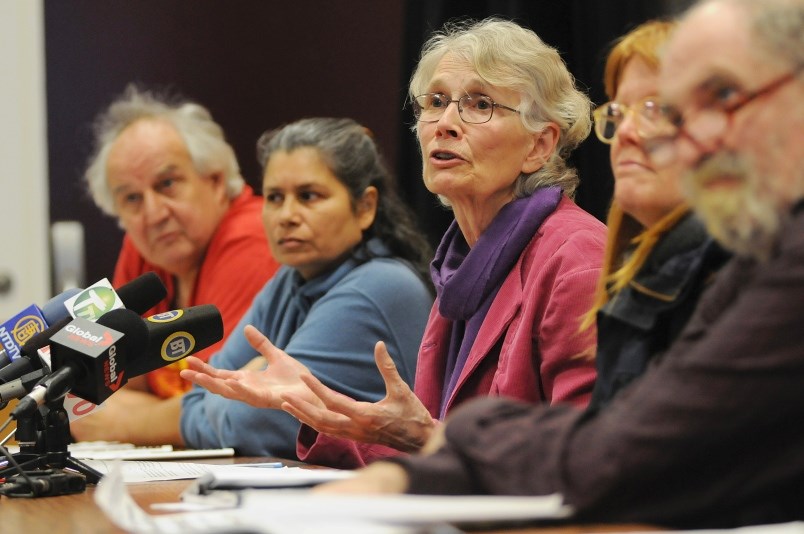 Swanson noted she was talking to Shane Simpson the other day and he told her the provincial government unsuccessfully begged the feds to match the government’s commitment this month to build 98 units of modular housing and another 350 units of permanent supportive housing in Vancouver.

Simpson was the B.C. government’s minister of social development and poverty reduction until an election was called this week. Simpson is not seeking re-election in the Vancouver-Hastings riding, where he has served since 2005.

Atkey, who attended Duclos’s announcement in 2017, agreed the feds could do more to address homelessness, but described the $1 billion plan coupled with $236.7 million dedicated to combatting homelessness as positive news, as is more funding for childcare and a disability income assistance supplement.

“All of those indirectly make housing more affordable,” she said. “Not all affordable housing solutions come through housing policy because we have to look at the income side of the equation.”

Added Atkey: “But as with all of this, the devil is in the details and we know that ultimately it will come down to how the programs are designed, and that’s what is going to determine whether or not they have an impact.”

She said some of the programs under the national housing strategy rolled out in 2017 were not designed well, or made too difficult to access, pointing to the co-investment fund component, which provides low-cost loans for builders of affordable housing, and those who want to revitalize a building.

“We’re not seeing the investment here in B.C. that we should be seeing under that program,” said Atkey, but noted a separate rental construction finance initiative has been hugely popular for the private rental and non-profit sector.

“We don’t see the same level of affordability that we would see in the co-investment fund. That program now is at its debt ceiling, and I would have hoped to see in the throne speech an increase to the debt ceiling because they’re not making any new commitments until 2023.”

Atkey said she knows of a project for 600 affordable housing units in the Lower Mainland that is on hold because of the government’s refusal to accept new applications. She added that B.C. has received under six per cent of co-investment funds available.

“Then you layer in the eviction ban lifting, the provincial temporary rent supplement ending and the pandemic hitting, and all of that does not bode well for housing affordability here in the province,” Atkey said.

“So we’re really looking for every single level of government to make some serious commitments to make sure that more people aren’t experiencing homelessness.”

In other words, as was so poignantly — and maybe a touch dramatically — put in the throne speech:

“This is our generation’s crossroads. Do we move Canada forward, or let people be left behind? Do we come out of this stronger, or paper over the cracks that the crisis has exposed? This is the time to remember who we are as Canadians.”