As Mother Nature’s war against Vancouverites rages into its second week, city officials cautioned residents Friday that the battle isn’t over yet.
0
Feb 15, 2019 3:35 PM By: John Kurucz

As Mother Nature’s war against Vancouverites rages into its second week, city officials cautioned residents Friday that the battle isn’t over yet.

With the bulk of snowfall behind us for now, Snowmaggedon 2019 may well give way to flooding issues, making catch basin clearance key in the days ahead. 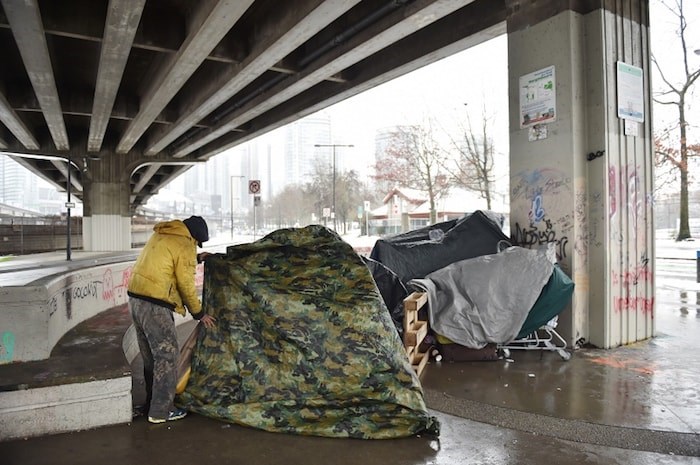 About 100 people have accessed City of Vancouver warming centres over the last week. Photo by Dan Toulgoet

When that happens, either clear the basins if you’re able to or call the city’s 311 line.

“Our work is not over yet,” said Erin Hoess, the city’s manager of street operations.

City crews will be deployed day and night, as has been the case every day for the last week, over the weekend and into next week, spreading salt and brine on city streets.

While the primary response for city crews is emergency routes, main roads, bridge decks and bike routes, crews are now turning their attention to residential streets, Hoess said. Those clearing efforts will continue in to next week as well.

About 100 people have accessed the centres over the last week, according to Abi Bond, the city’s managing director of homelessness services and affordable housing programs.

Bond added that 30 tents and roughly 25 people continue to prefer staying in Oppenheimer Park. Those people are visited daily by city outreach workers, but by and large refuse to accept housing.

“It often takes time to encourage people, to come inside or mkt ha step into a shelter or housing, but we’re working really hard to do that,” Bond said.

Environment Canada is calling for sunny, daytime conditions through Monday, though evening temperatures will dip below freezing each night.