Woman describes being at Langley's Willowbrook Mall during shooting 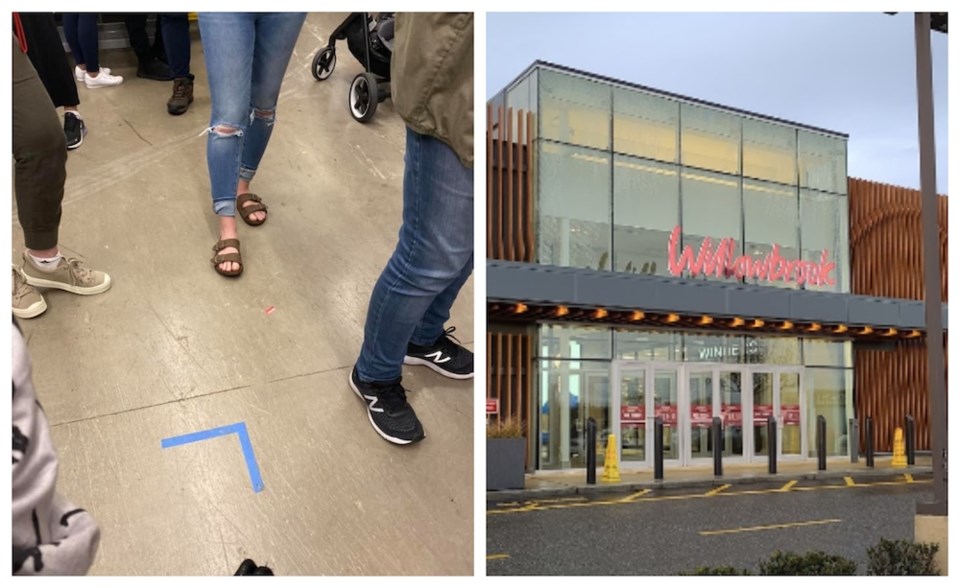 A woman who was shopping at Willbrook Mall in Langley on May 3, 2021, says she was afraid to return to her car after a shooting took place today.Photo via Dawn Muckle / Facebook and Google Maps

A woman who was shopping at a Langley Mall says she was afraid to return to her car after a shooting took place today.

Just after 3:30 p.m., Langley RCMP was called to Willowbrook Mall after a report of shots fired was received. Upon police attendance, one adult male victim was located suffering from gunshot wounds.

The male has been taken to hospital for treatment of his potentially life-threatening injuries.

Langley resident Dawn Muckle told Vancouver Is Awesome that she was shopping at Nordstrom Rack with her 11-year-old daughter when the incident took place.

While Muckle and her daughter were standing at the register waiting to pay, she said a message overhead came on that said there was an emergency situation outside the store and that everyone needed to get to the back of the store.

"I asked the cashier if there was a shooter outside, and she said yes, please go to the back," she said.

"Everyone ducked and ran to the back of the store, and then an employee announced that we were all going to go into the stock room. So we all funnelled in there."

While Muckle was in the stock room she added that a woman and man with their young son were behind them, crying. "She was trying to calm her son, and so I asked, were you there? She said they were, in the Toys R Us, heard 6-7 gunshots and were quickly rushed out an emergency exit."

Muckle adds that the event was "unsettling. I’m an ER nurse so I’m used to a level of chaos, but my daughter was there so that changed things. I was afraid to go out to the car after they said we could leave."

Based on the investigative theory in this initial phase, the RCMP does not believe this is a random act.

The area surrounding the scene will be cordoned off for a significant amount of time. Langley RCMP Serious Crime has assumed conduct of the investigation.

Police are currently in the evidence-gathering phase, no further information will be provided at this time.

Shortly after 4:00 p.m., Langley RCMP was called to a rural Aldergrove berry farm for a report of a vehicle fire. It is yet to be determined if this vehicle fire is related to the Willowbrook event.

Anyone with information regarding this investigation can call Langley RCMP at 604-532-3200. Anyone in the area is asked to review their dash camera footage to see if they have video of the events around the shooting. Should you need to remain anonymous, please contact CrimeStoppers by phone at 1-800-222-TIPS (8477).