It was a ‘Mooey’ Christmas for a Port Moody mom who rescued nine calves over the holidays.

Sarien Slabbert says she’s over the moon now that she and her supporters have found forever homes for the animals at B.C. farm sanctuaries, where they will live out their days in a protected environment. 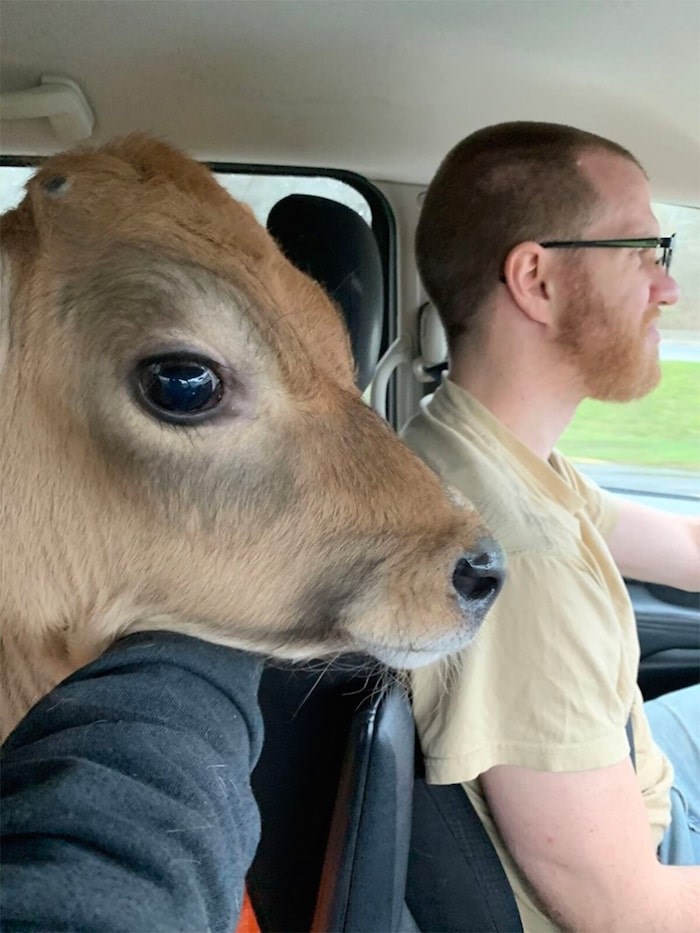 A calf named Rusty is driven to a sanctuary in Kelowna by Hugo Slabbert and his wife Sarien. The calf was one of nine rescued over the winter break. Photo submitted.

The animals were rescued by a dairy worker worker who posted a call for help on Craigslist.

“I called it a Christmas miracle,” Slabbert told the Tri-City News this week as she made arrangements for the remaining three calves to be homed.

It is not known why the animals were being disposed of but Slabbert said she and her supporters, many of them animal rights activists, jumped to the rescue of the calves after a dairy worker posted about them on the online.

According to the dairy industry, male calves not needed for milk production are sold for veal or raised for beef. 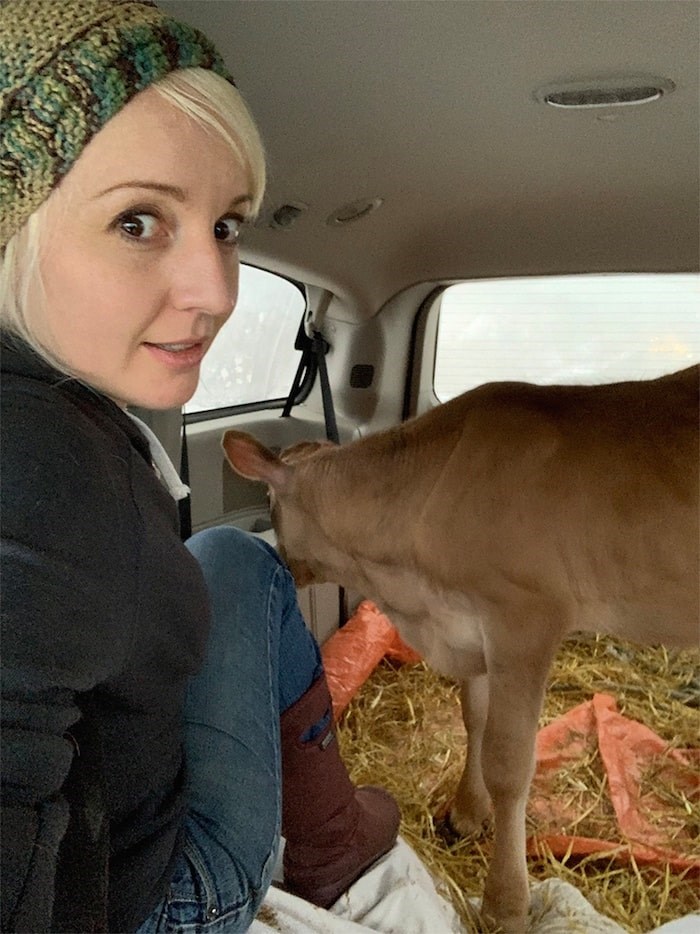 Sarien Slabbert gets comfortable in her mini van before she and her husband, Hugo, drive a calf to a Kelowna farm sanctuary. Slabbert, a Port Moody mom, rescued nine calves with a group of supporters and donors who raised more than $3,000 for transportation, vet bills and other costs. Photo submitted.

“He got permission — if he could find homes for the calves, he could re-home them. He was posting it on Craigslist, mutual friends found it, and saw it,” said Slabbert, who said the animals were young, with the most recent born Dec. 24.

“He was a surprise, but we luckily took him.”

Three were immediately saved by Critteraid in Kelowna, and the rest transported to no-kill sanctuaries in Nanaimo, Aldergrove, Sunshine Coast and Kelowna.

A GoFundMe page was also started that raised $3,745 to pay for transportation, food for the animals and vet bills.

Slabbert and her husband, Hugo, drove one of the calves to Arion Therapeutic Farm in Kelowna in their mini van, covering the floor with straw and trying to keep him from eating the seat belts.

“He was wanting to cuddle with me in the front,” said Slabbert, who said the animals are gentle but will get large, which is why it takes special people to be willing to feed and look after them as they get older. 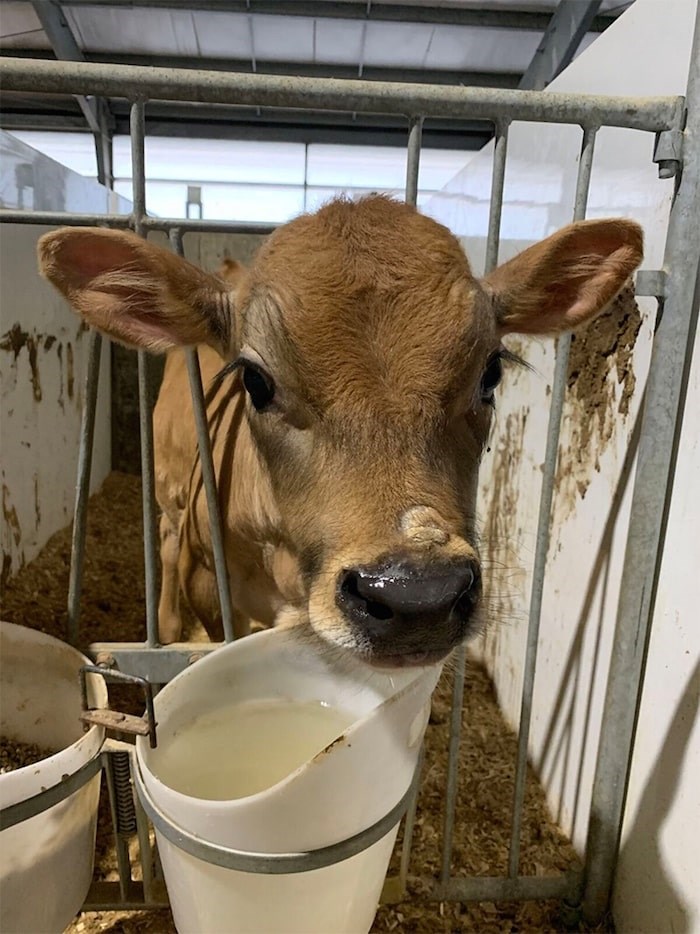 One of the nine calves that were taken to B.C. farm sanctuaries in recent weeks. Photo submitted.

Her children, two and six, also like the calves, but also like some of the pigs and turkeys that are now living out their days at farm sanctuaries in B.C.

Slabbert said she got started in animal rescue after following animal rights activists on social media and successfully re-homed a pig. More people, especially vegans, are getting involved in rescuing animals from the agricultural food industry, and Slabbert expects the trend to grow.