The Terror is a supernatural horror TV series inspired by true events, and the theme of its second season rang true for Vancouver actor Lee Shorten.
0
Jul 20, 2019 6:45 AM By: Vancouver Courier

The Terror is a supernatural horror television series that’s inspired by true events, and the theme of its second season rang especially true for Vancouver actor Lee Shorten. 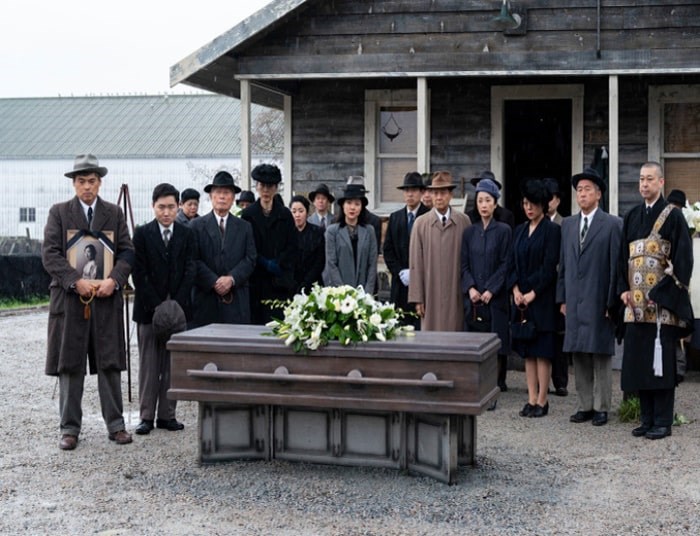 AMC’s The Terror: Infamy takes place in a Japanese American internment camp during the Second World War with a supernatural twist. Photo AMC

Each season of the AMC anthology series is set during a different era in history, and throws a supernatural wrench into actual events. The first season brought a mysterious beast into the story of the Franklin Expedition, and the second season — which was shot in Vancouver and premieres on Aug. 12 — takes place in a Japanese American internment camp during the Second World War.

(Here’s a history refresher for those who need one: Following the attack on Pearl Harbor in December 1941, tens of thousands of Americans and Canadians of Japanese descent were rounded up and imprisoned in internment camps; many such camps were located in the British Columbia interior.)

The supernatural twist in The Terror’s second season involves some kind of cultural monster, but that’s all Shorten is allowed to say without violating his non-disclosure agreement.

Shorten is half-Japanese, and on The Terror: Infamy he plays a character named Walt Yoshida who is Nisei — a second-generation Japanese American.

Although the series is set in the U.S., much of the filming took place at locations around the Lower Mainland that are inextricably linked with the internment of Japanese Canadians — locations such as Hastings Park, where Japanese Canadians were held before being sent to the camps, and Steveston, where a large number of Japanese Canadians worked in the cannery before the government sanctioned xenophobia of the early 1940s uprooted them from their homes, their livelihoods and their communities.

Filming in these historic locations was deeply meaningful for Shorten.

“I would walk onto these sets and feel the weight of that history,” says Shorten, who played a similar role — that of an internment camp survivor, also named Yoshida — in Amazon Prime’s dystopian alternate history series The Man in the High Castle.

But it wasn’t just the locations that gave Shorten pause during filming. He worked alongside cast and crew whose families had direct and intimate knowledge of the internment camps — people such as first assistant director Jason Furukawa, whose parents had spent time in the camps, and lead actor and series consultant George Takei (Star Trek’s Sulu), who had himself been imprisoned in an American internment camp.

“Even though it is a horror story, they went to great lengths for historical accuracy,” says Shorten. “I believe this the first time this story has really been told on this scale and in this medium, so there’s a lot of responsibility.”

Shorten’s character, Walt, is the best and oldest friend of The Terror: Infamy’s lead, Chester Nakayama (portrayed by Derek Mio).

As the series kicks off, Walt’s a happy-go-lucky, all-American kind of guy, says Shorten. “He’s about to get married, he’s living his life, he’s drinking with the boys, and then when everything goes down [in 1942], he faces a lot of racism, and it forces him to really step up and become a man.”

Shorten has plenty of special memories from his time filming of The Terror: Infamy “Working with James Saito, who played the Shredder in Teenage Mutant Ninja Turtles and was the first Asian I’d ever seen on screen, was pretty surreal.”

But perhaps the most profound event occurred on his very first day, when he perused the call sheet and noted that nine of the 10 actors listed were of Japanese descent.

“It was the first time I’d been on a show where pretty much the whole main cast were Asian,” says Shorten. “When we were all sitting around set in the early days, we’d talk about how this was crazy, and amazing, and how it had never happened before. I’m usually the only Asian, or one of two. The producers were concerned with authenticity, and it shows in the end result.”

Watch the trailer below: