Most of B.C. could be in for a drier, warmer winter this year

AccuWeather's winter forecast, released Monday, calls for a drier, warmer winter through most of the province, including Vancouver.
0
Oct 15, 2019 7:20 AM By: Castanet

What does winter have in store for British Columbia this year?

Will it be drier, wetter, cooler or warmer than normal?

That depends on who you want to believe.

The Farmer's Almanac is predicting the 2019-2020 winter season will be about normal when it comes to both precipitation and temperatures.

But, it does state Southern B.C. will. bear the brunt of winter's chill.

They are predicting below normal snowfall and precipitation in general and above normal temperatures. 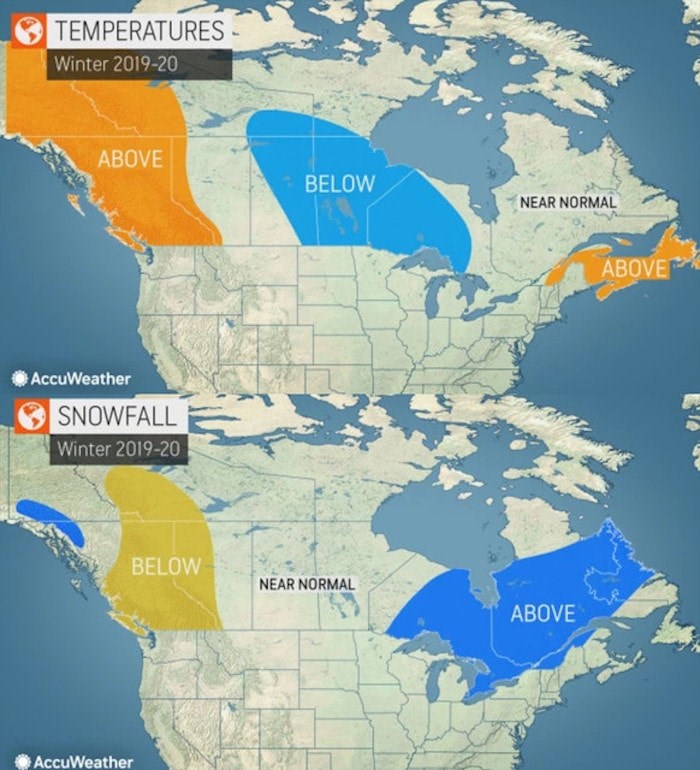 The exception to the warmer, drier forecast for B.C. is in the northwestern region, which is expected to be in the path of the season's main storm track.

AccuWeather further states the majority of Arctic intrusions will likely be sent through Central Canada.

"The overall pattern is likely to favor lower snowfall, which would increase the potential for late spring and summer drought next year," AccuWeather says in a summary of winter conditions.

"Meanwhile, places such as Vancouver, Victoria, Kamloops and Prince George are forecast to be drier and sunnier than usual."