Chance of flurries for Vancouver in this week's forecast 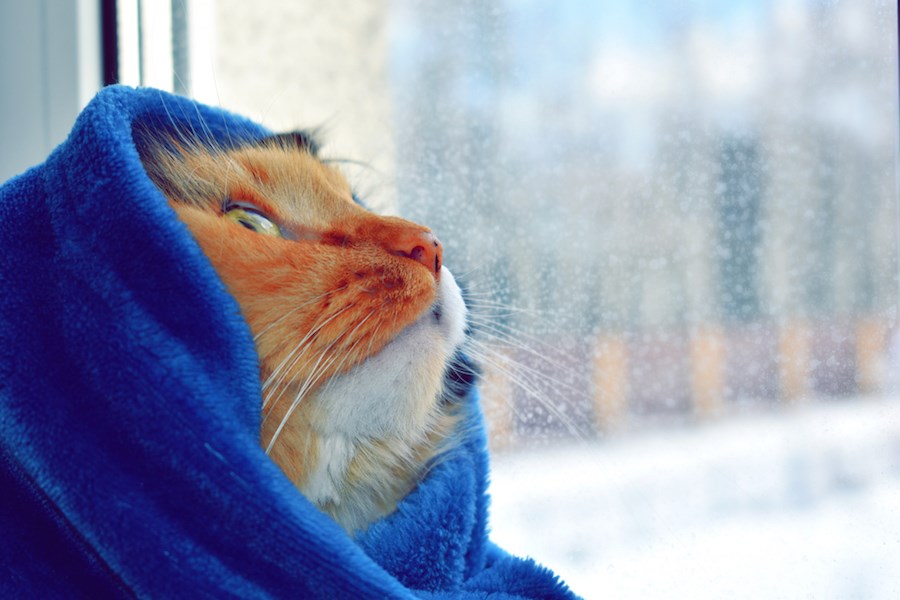 Photo: Cat in blanket looking out the window/Shutterstock

In case you needed a reminder that it is still winter, this week's forecast for Vancouver from Enviroment Canada will do the trick. That's because later this week there's one night that includes those frosty words "chance of flurries."

While our days this week will be mostly wet (minus the sweet sight of some sun and temps up to 10°C on Wednesday, March 4), as we get closer to the weekend, overnight temps are expected to drop down closer to the 1-2°C zone, even going as low as 0°C on Saturday night.

On Friday, March 6, the day's forecasted showers could hang on into the evening, and, combined with the cooler nighttime temps, that means there's a 60% chance of flurries that night.

Cold nighttime temps have been sticking around Vancouver lately; late last week, because our predicted weather was for "feels like zero" conditions, the City of Vancouver acitvated an Extreme Weather Response, triggering the availability of extra shelter spaces and a warming centre.

Monday morning, the City of Vancouver announced that their Extreme Weather Response has been extended to at least March 4, which will find EWR shelters and Powell Street Getaway open to serve the public.

"We encourage anyone who is sleeping outside in the cold to go to one of these locations," advises the City of Vancouver.

Special weather statement for Vancouver: Hot temperatures on the way
Jul 27, 2021 9:36 AM