Goodbye, sun: Vancouver forecast calling for a high chance of rain all weekend

The Metro Vancouver weather forecast calls for a decidedly damp change of pace this weekend with both Saturday and Sunday calling for a chance of rain.
0
Aug 8, 2019 9:59 AM By: Elana Shepert

The Metro Vancouver weather forecast calls for a decidedly damp change of pace this weekend on both Saturday and Sunday.

Monday's forecast calls for a chance of a shower and a high of 21°C, while Tuesday is expected to see a mix of sun and clouds. 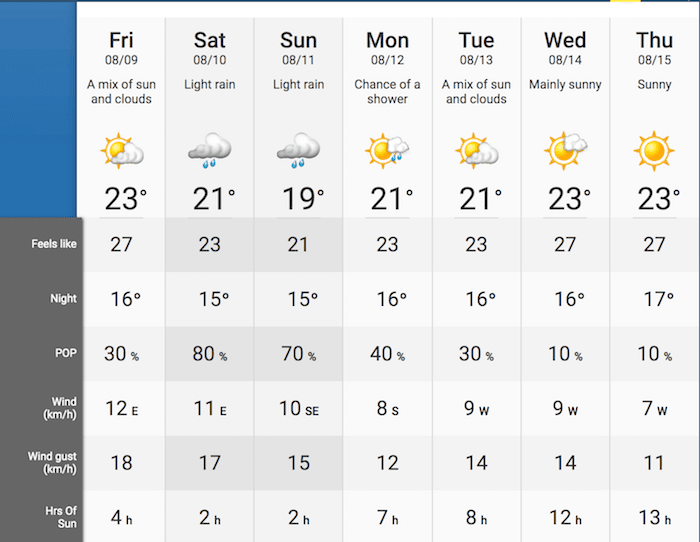 British Columbia saw an impressive 17 weather records broken across the province on Wednesday, June 13 due to a very strong ridge of high pressure.