The Metro Vancouver weather forecast calls for nearly two weeks of bright sunshine and clear skies with only a couple of cloudy days.
0
Oct 22, 2019 9:47 AM By: Elana Shepert

Yesterday, residents of the Lower Mainland visited the polling stations in the pouring rain, as Vancouver saw one of its wettest days in the last two weeks.

Now, the Metro Vancouver weather forecast calls for nearly two weeks of bright sunshine and clear skies with only a couple of cloudy days.

Starting on Wednesday, Oct. 23, The Weather Network calls for sunshine and clear skies. Following this, Thursday will see more cloudy periods, but the forecast isn't calling for rain. On Friday, however, Vancouver may see a few showers through the day as well as some windy periods.

The weekend forecast calls for bright sunshine, and, as a result, the daily lows dip down due to the clear skies. Saturday through Wednesday next week calls for overnight temperatures to dip down to 4°C to 5°C. Starting on Halloween, however, cloudier skies are expected to bring the overnight low up to 6°C. The following week is also expected to be sunny expect on Monday, Nov. 4, when the forecast calls for a chance of a shower. 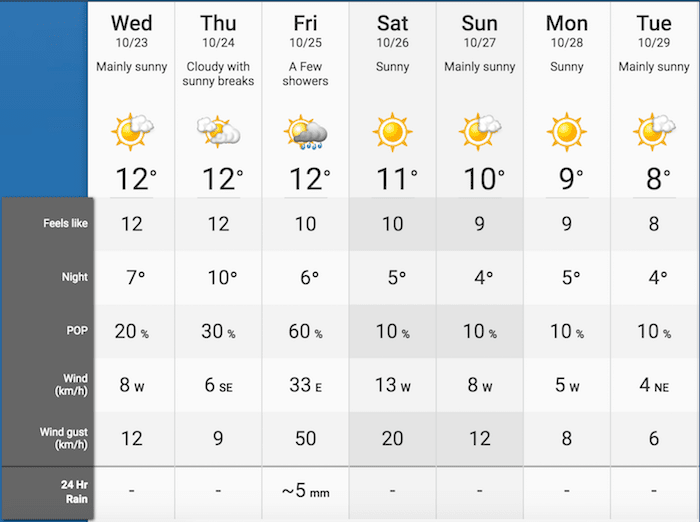 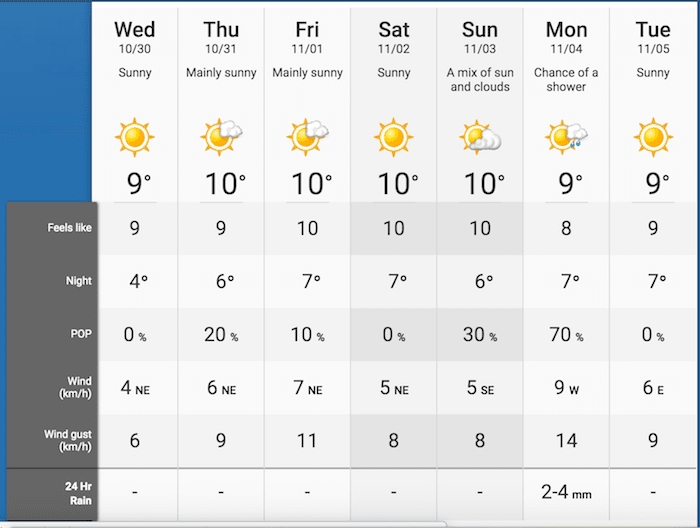