Five abandoned hedgehogs dubbed the ‘Jackson 5’ have each been given “loving forever homes" in Metro Vancouver.
Aug 20, 2019 2:46 PM By: Elisia Seeber

It was as easy as 1, 2, 3. As simple as, do, re, mi ... to find homes for this adorable family of five hedgehogs, after they were left stranded outside a BC SPCA in Metro Vancouver last week.

The little critters were left in a box at the BC SPCA Maple Ridge Branch parking lot Aug. 15, and quickly became popular after posts to the branch's Facebook page.

Dubbed 'The Jackson 5' by SPCA staff members, it didn't take long for the hedgehogs to win over hearts. 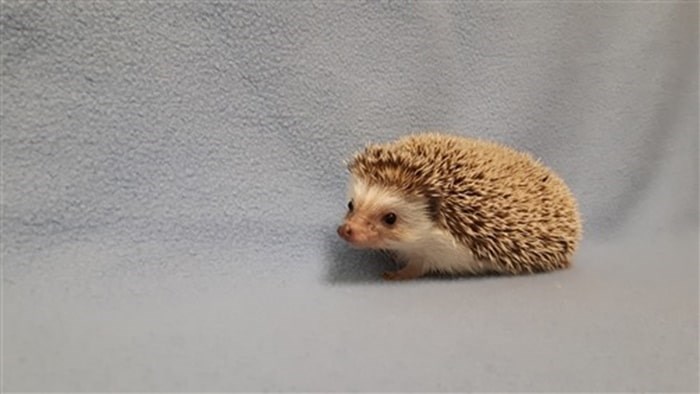 After being cared for by the animal centre the hedgehogs — who were nicknamed Tito, Marlon, Michael, Jermaine, and Jackie — were put up for adoption and the branch was inundated with interest.

"We wanted to thank everyone for all of the support and interest in our Jackson 5 hedgehogs," a Facebook post on Monday stated.

“Our phones have been ringing off the hook and our email inbox is full. Due to the overwhelming amount of people wanting to adopt them and the amount of applications we have received, we are no longer accepting applications."

The cuties were all adopted within a few days.

On Tuesday, Aug. 20, the SPCA let the community know that "The Jackson 5 had left the building,” in a Facebook post.

“These five lucky hedgehogs all found their loving forever homes."

The BC SPCA works to protect and enhance the quality of life for domestic, farm and wild animals in British Columbia.