From horse defamation to rogue racoons, these Animal Law experts have seen it all

Two Vancouver women who specialize exclusively in animal law will lead an animal law course at the University of B.C.’s Allard School of Law in September.
0
Mar 8, 2019 3:20 PM By: John Kurucz

Animal owners can be a very particular bunch.

Of all the people in Vancouver, Victoria Shroff can testify to that point.

Misplaced horse semen, a marauding raccoon and even a horse defamation case — Shroff has seen it all.

“People get very quirky about their animals,” Shroff told the Courier. “There’s a lot of competition. It gets fierce, it gets ugly.” 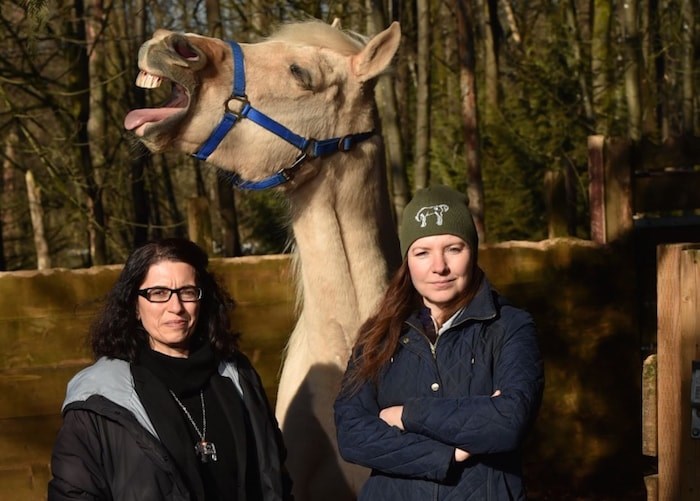 Shroff is one of the few lawyers in Vancouver, if not B.C., who specializes exclusively in animal law. Alongside fellow lawyer Amber Prince, the pair will lead an animal law course at the University of B.C.’s Allard School of Law in September.

Shroff defines the practice of animal law as “any time an animal intersects with the law,” and she very intentionally leaves the parameters open ended.

The specifics of animal law are indeed a bit of a dog’s breakfast, and Shroff rattles off a number of different hypotheticals to prove the amorphous nature of her practice.

If a breeder somehow screws up a deal, the case’s focal point may be an animal but the legalities focus on contract law.

If abuse is involved, animal cruelty laws are applied. Municipal bylaws come into play, as does the Criminal Code or Wildlife Act.

Both Shroff and Prince have worked alongside the SPCA on some cases and vice versa.

Most high-profile animal law cases concern dog bites, but Shroff has been involved with some truly bizarre stuff. There was the case of horse semen that was purchased, but went missing before the transaction was completed (it was the courier’s fault). Someone defamed a horse by publically claiming it was “problematic,” so naturally, that one ended in court, too.

With other examples, Shroff can’t say too much.

“One involved a township and garbage and a raccoon and a neighbour,” she said.

Shroff has been active in animal law since 2000 and can count on one hand the others in her field with the same specialization.

Prince, on the other hand, is a lawyer with the Atira Women’s Resource Society whose training focused specifically on animal law.

Prince’s day-to-day involves providing pro bono legal services to women in the Downtown Eastside and within that work, there are pet parallels and social justice ties. Prince represents women fleeing violence who are seeking to retain ownership of animals. She also lobbies for animals to be present in certain housing situations.

Animal law is a relatively new practice, having only been offered for the first time in the U.S. in 1977. It first arrived on western shores at UBC in 2004, followed by a University of Victoria course in 2007. Prince and Shroff have intermittently taught the course locally since 2014, at times together and other times separately.

The course was last taught at UBC in 2017, Shroff said. The amount of electives available to law school faculty is such that some programs aren’t offered every year.

“Hundreds of law students petitioned to have this course offered again,” Prince said. “It’s quite extraordinary to me to see the real growing interest in this field.”

Admissions for the course have yet to open, though details will be posted online.