Animals Hunter fined $4K for mistaking therapy dog for a wolf: BC Conservation

The B.C. Conservation Officer Service announced Thursday that a Squamish man has been fined over $4,000 and banned from hunting for four years in connection with the shooting death of a therapy dog near Lake Lucille in 2017.
Dec 8, 2019 5:32 AM By: Jennifer Thuncher 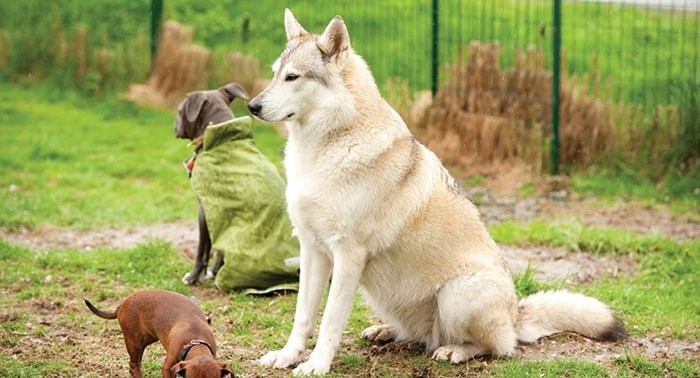 The B.C. Conservation Officer Service announced Thursday that a Squamish man has been fined over $4,000 and banned from hunting for four years in connection with the shooting death of a therapy dog near Lake Lucille in 2017.

Valley Calderoni, founder of Canine Valley rehabilitation centre, was walking her dog, Kaoru, and nine other dogs from the  centre on Sept. 18 when the dog was suddenly shot.

Conservation officers say the man had mistaken the dog for a wolf.

The event occurred in the management area 2-7 and there is no wolf hunting allowed in that specific area, a conservation service officer told The Chief at the time.

“It is a hunter’s responsibility to be cognizant of their surroundings & know the [regulations], the tweet from the Conservation Officer Service said on Thursday said.

Court records show the hunter was found guilty of two charges under the Wildlife Act — hunting wildlife out of season and hunting without consideration.

“It was a horrible incident and we feel that the penalties were pretty slack. I think that a lifetime ban would have been nice,” he said, adding the fines weren’t significant.

He said after the incident, he and Calderoni and others fought to change the rules on hunting in the area where Kaoru was shot. They launched a petition “Create a No Shooting – No Hunting zone along highway 99 between Squamish & Whistler,” on Change.org, aimed at the Minister of Forest, Lands, Natural Resource Operations and Rural Development that garnered close to 30,000 signatures.

In the end, it was to no avail.

“I reached out, and I was very adamant and persistent in my calling and we met a lot of people, but at the end of the day, it is very difficult. You need a full-on organization to truly create change,” he said. “It wasn’t enough to make any change.”

A silver lining, however, was that a woman who read about Kaoru — then Canine Valley’s only therapy dog — reached out to organization and offered them two puppies of the same breed, Tamaskan.

“They came here, they are in training now — they are amazing dogs. They are beautiful and the loss of [Kaoru] really showed us what we wanted to do. Our goal is not just to take care of dogs and take care of the community and do outreach and real stuff that affects people profoundly for life — therapy dogs do that for us.”

Merac said the many messages and support given by those in Squamish and from around the world show the positive that can come out of a huge negative.

**Please note, this story has been updated since it was first posted as new information was gathered.

Don’t confuse these largely harmless insects with the ‘murder hornet’
Aug 10, 2020 7:47 AM
Comments
We welcome your feedback and encourage you to share your thoughts. We ask that you be respectful of others and their points of view, refrain from personal attacks and stay on topic. To learn about our commenting policies and how we moderate, please read our Community Guidelines.