Meet the B.C. cat that fought a bobcat and survived (he needs a little help)

Cupid, an eight-year-old stray, is now being described as a cat with the “heart and bravery of a lion” after being spotted taking on a bobcat in Castlegar.
0
Feb 26, 2020 5:28 PM By: Elisia Seeber 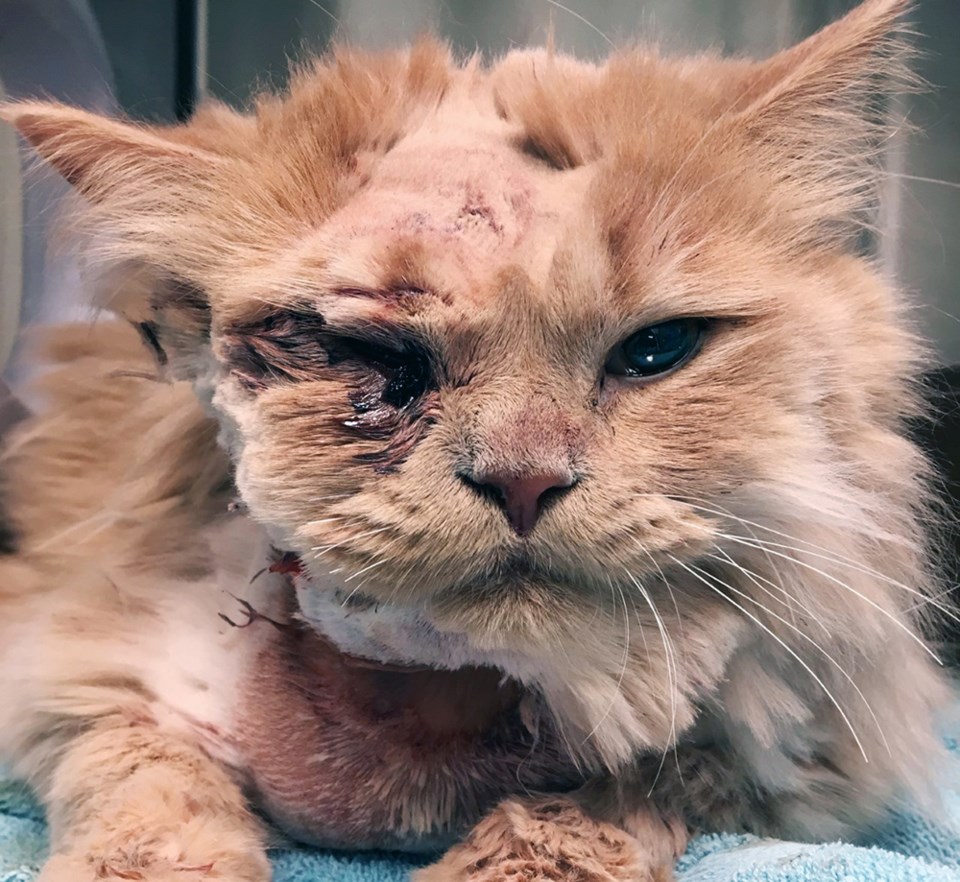 Cupid, an 8-year-old stray, is now being described as a cat with the “heart and bravery of a lion” after being spotted taking on a bobcat in Castlegar. Photo: BC SPCA

BC SPCA is calling on the public for donations to help treat a badly injured cat that wound up in a fight with a bobcat—and lived to tell the tale.

Cupid, an eight-year-old stray, is now being described as a cat with the “heart and bravery of a lion” after being spotted taking on a bobcat in Castlegar earlier this month.

The SPCA said while Cupid was tough, it wasn’t a fight he could win, and he was lucky a passer-by quickly alerted the SPCA’s West Kootenay Branch about his serious injuries.

"Cupid was rushed to an emergency veterinary clinic, where he was treated for multiple bites to the head, causing abscesses and severe damage to his eye," an SPCA release stated.

"SPCA staff are waiting for the swelling and infections to decrease to get a better look at his eye, although it will most likely have to be removed."

The SPCA estimates Cupid’s treatment will cost $2,000 and is calling for donations from the public to help with his care.

The SPCA also notes that bobcats are just one of the many dangers that outdoor cats face, stating that risks like poisons and antifreeze, attacks by other cats, frostbite and car accidents are common.

"The BC SPCA recommends that cats live indoors, as they have a better and longer life than those who go outside. Cats like Cupid can be kept safe by providing them an enriched indoor environment, supervised outdoor time and leashed walks," an SPCA release stated.

Once Cupid has recovered, the SPCA will find him a fur-ever home.

You can help Cupid and other animals like him HERE.

This is how the Vancouver Aquarium’s penguins are taking advantage of the COVID-19 pandemic
Mar 27, 2020 3:01 PM
Comments
We welcome your feedback and encourage you to share your thoughts on this story. We ask that you be respectful of others and their points of view, refrain from personal attacks and stay on topic. To learn about our commenting policies and how we moderate, please read our Community Guidelines.