A Langley man revived an orphaned bear cub by doing CPR after its mother was found dead by the side of the Trans-Canada Highway near Lytton.
0
Jul 2, 2019 7:15 AM By: Castanet

A Langley man revived an orphaned bear cub by doing CPR after its mother was found dead by the side of the Trans-Canada Highway near Lytton. 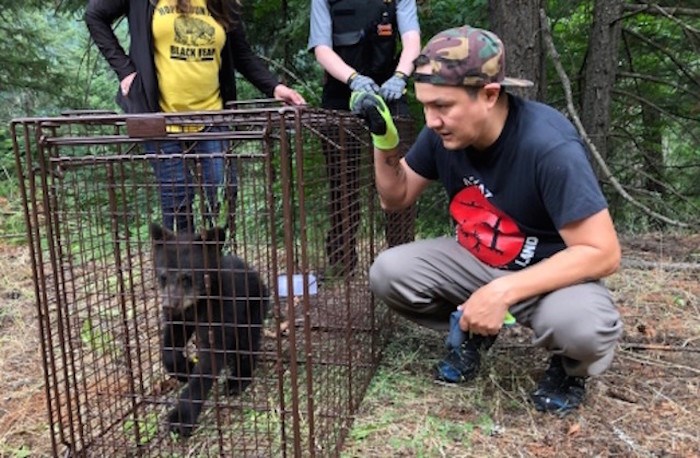 "Over the guard rail, I saw this little head poke up," he told CTV News.

There were two cubs hovering nearby. When they climbed up a tree, one got tangled.

"It was caught by its neck by a cord. It started to struggle and make some really panicky noises, so I went to my car to get a blade. And by the time I got back it was hanging there lifeless from the tree."

Harris cut the bear cub down and tried to revive it.

"I was petting it and stimulating it and then I pushed on it like one, two compressions," he said.

"Come on, come on! And I pressed it and pressed it and it let out this gasp, and it started kind of like reeling and get it senses. By the time it seen me and seen I was a human being, it just ran."

Both cubs took off into the woods and were later trapped by conservation officers, who took them to the Critter Care Wildlife Society in Langley.

Sadly, the cub that Harris revived did not survive.