There's a $2,000 reward for information leading to the conviction of the person who shot and killed a black bear in Keremeos this week.
0
Oct 4, 2019 3:49 PM By: Castanet 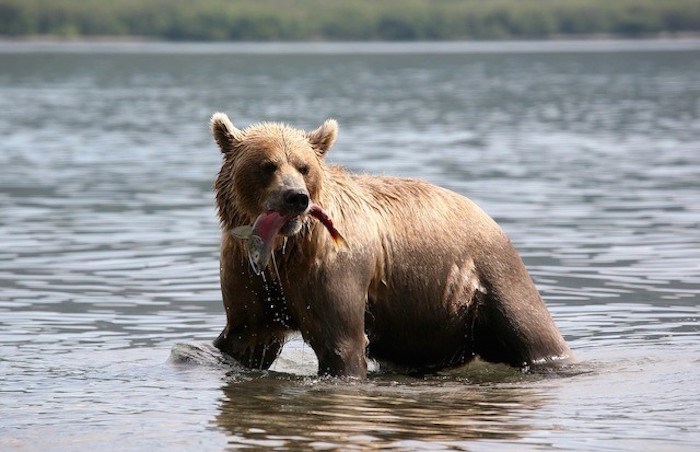 The B.C. Conservation Officer Service and B.C. Wildlife Federation is offering a $2,000 reward for information leading to the conviction of the person who shot and killed a black bear in Keremeos this week, leaving two cubs orphaned.

Conservation officer Clayton DeBruin says the bear was found dead in a vineyard on the 700 block of Bypass Road in Keremeos, suspected to have been killed between the evening of Sept. 30 and the following morning. Conservation officers were alerted to the dead bear by a concerned resident.

“The bear family unit has been in this area for many months. The mother bear is light-brown-coloured bear, a common but unique feature of South Okanagan bears,” DeBruin said, explaining the sow’s cubs are new this year.

“The concern is that these cubs were still learning from mom how to find food and with winter almost upon us the mother bear won’t be able to properly den,” he said, adding the orphaned cubs may select a den unprotected to the elements, which could kill them.

Conservation officers are actively trying to trap the cubs, which remain in the area, so they can take them to a sanctuary for the winter.

Anyone with information on the bear’s killing is being urged to come forward, with a $2,000 reward being offered in conjunction with the B.C. Wildlife Federation. Witnesses can stay anonymous if need be. Contact the BC COS RAPP line at 1 877 952-7277.