A North Vancouver resident gained a photo as his neighbour lost some footwear recently.
0
Oct 21, 2019 3:58 PM By: Jeremy Shepherd 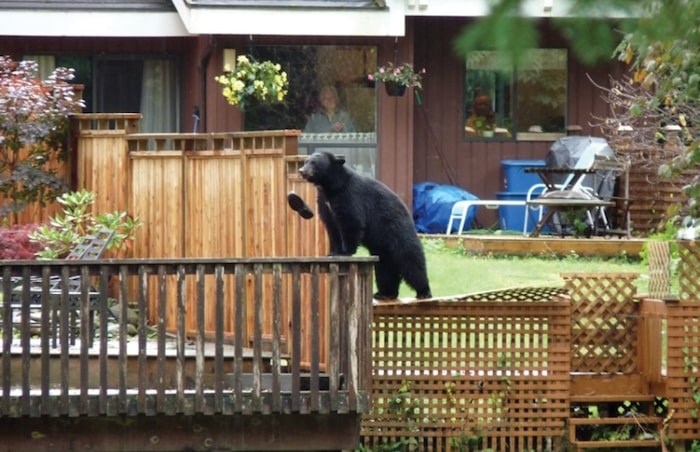 Shoe bear, shoe. One Seymour resident is walking around in bare feet after an exploring bruin grabbed his gardening shoe and pitched it into the Seymour River. Photo courtesy Patrick Lee

A North Vancouver resident gained a photo as his neighbour lost some footwear recently.

Patrick Lee readied his camera as an approximately three-year-old bear ambled from yard to yard on Riverside Drive across the Seymour River.

“It knew to look for garbage around the side of the house,” Lee said, noting the bear scurried away as soon as a neighbour opened a patio door.

The playful bruin eventually clamped down on a neighbour’s gardening shoe, dangling the shoe by its laces and swinging it around before letting it loose with what Lee called a “perfect lob.”

“It went straight in the river,” Lee said.