You may have heard of the by-now-famous Mandarin duck of Burnaby Lake (he’s kind of a big deal), but it turns out NOW had already dedicated a fair amount of ink to this city’s feathered citizens.
Oct 5, 2019 5:45 PM By: Cornelia Naylor

You may have heard of the by-now-famous Mandarin duck of Burnaby Lake (he’s kind of a big deal), but it turns out NOW had already dedicated a fair amount of ink to this city’s feathered citizens before that flamboyantly plumed avian busted onto the scene in May 2018. 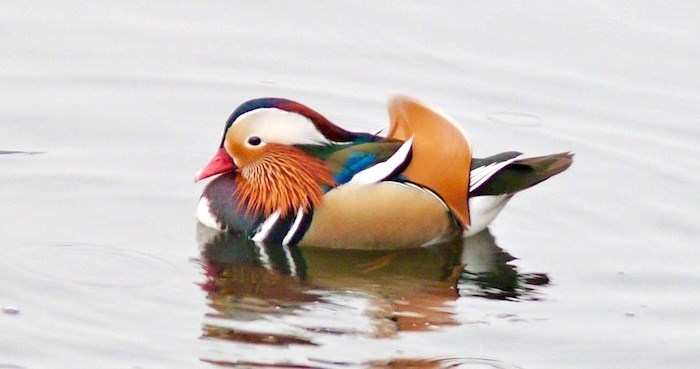 The Mandarin duck in Deer Lake. Photo by John Preissl.

A dive into the archives reveals stories both dark and delightful.

George Striefel, a long-time Burnaby resident living near Marine Drive, got a disturbing introduction to the evening grosbeak songbird in October.

He had never seen the brightly coloured species until the birds began flocking to his ornamental maple tree and eating the fermenting seeds.

Tipsy, eight killed themselves flying against his front window and another 16 stunned themselves despite Striefel’s efforts to stop them with metal TV trays and netting.

A wily duck and her 11 ducklings got first dibs on a new Burnaby pool in May.

The mother mallard and her offspring hopped into the newly built McPherson Park Pool just hours before parks staff planned to add chlorine. 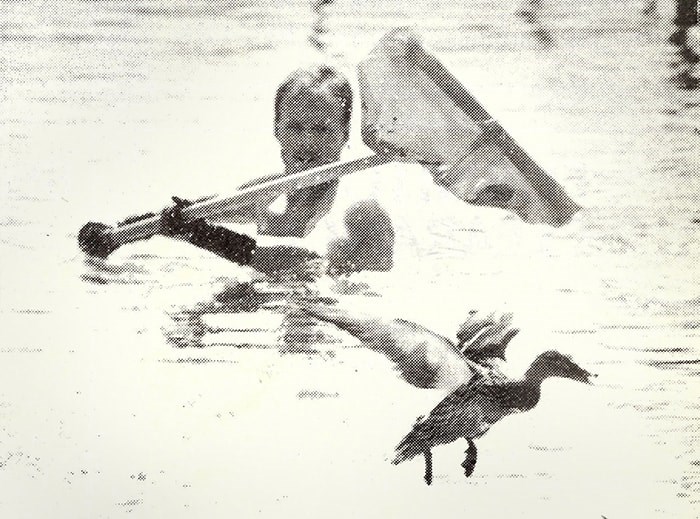 At one point, the ducklings were caught and put in a box, but their mother eluded capture.

Since animal control officers were not prepared to separate the ducklings from their mom, city officials just let the whole family spend the afternoon swimming in the pool.

In the end, the mother mallard hopped out of the pool and waddled off to a nesting site followed by her 11 offspring.

Parks staff then finished their work preparing for the pool’s grand opening.

A cold snap in January proved deadly for the Lower Mainland’s red-breasted sapsucker population, according to the Wildlife Rescue Association, which took in many of the birds.

The robin-sized avians were falling out of trees, unable to sustain enough energy to perch.

Some were so weakened they were blown along the roadside like so much litter, too weak to resist the wind.

The cold presented a double-whammy to the sapsuckers – increasing their food needs, while at the same time freezing solid the tree bark where they dig for sap and bugs.

Many of the birds taken to the association had lost a quarter of their 60-gram body weight and some had snapped off the tips of their beaks trying to peck through the rock-hard tree bark.

The ’90s were a wild time for exotic birds in the city.

In 1990, Burnaby RCMP executed a search warrant at a local residence and discovered a stolen macaw, worth an estimated $1,800.

Investigators determined the bird had been taken from a store in Mission months earlier.

In 1996, a fragile young cockatoo was stolen from the Fishbowl Pet Shop at Middlegate Mall, and the owner was worried about its health because it required special care and needed to be fed twice a day.

It wasn’t the first time someone had tried to swipe the $2,000 bird, either. A day earlier an employee caught a person trying to force open the cage, which sat on the owner’s desk at the store.

In 1998, meanwhile, an adventuresome $700 parrot flew away from its South Burnaby home and spent three days fending for itself before being returned to its 17-year-old owner by a local farmer.

The teen had let her imported Alexandrian parrot, Suka, sit in a tree near her home. The bird flew away and was returned two days later by the owner of Wing Wong Farms.

An unlucky pigeon found itself the centre of a Metrotown neighbourhood’s attention in March. 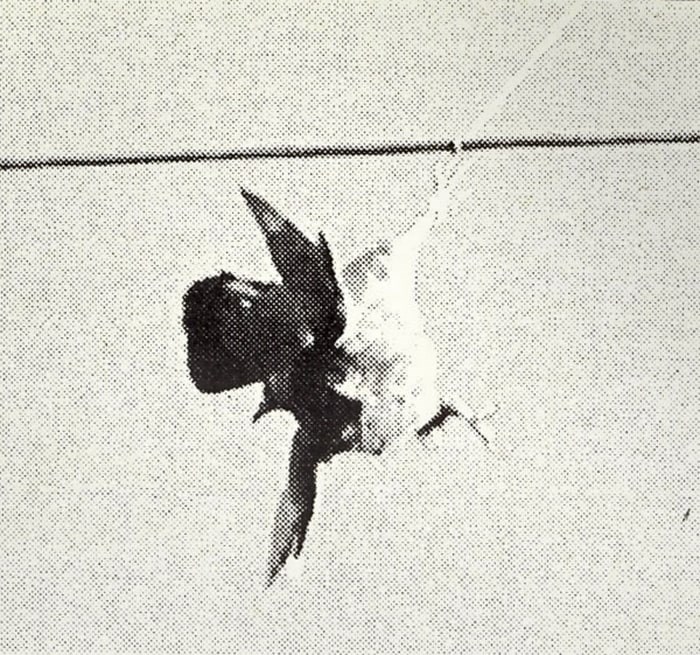 Things weren’t looking so good for this pigeon caught on a BC Hydro powerline in March 2001, but staff at the Wildlife Rescue Association were hopeful it would recover after it was untangled. – NOW archives

The hapless bird had become entangled with B.C. Hydro powerlines.

A piece of string wrapped around its leg had become looped around lines near Marlborough Avenue and Grimmer Street.

The bird’s noisy escape efforts drew the attention of nearby residents, but it took three hours to cut power to the lines so the exhausted pigeon could be rescued and taken to the Wildlife Rescue Association.

A mother pigeon returned to its yearly nesting site on a fourth-floor ledge off the Burnaby Hospital surgical ward. 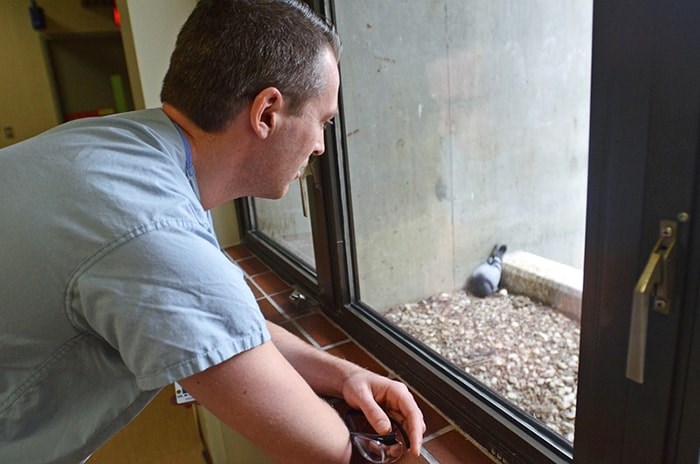 Surgeon Dr. Mark Dickeson casts an concerned eye on a pigeon raising a brood of young on a window ledge at Burnaby Hospital. – Cornelia Naylor

Longtime staff said the bird and its mate came every year to raise its brood just outside of some large windows off a busy hallway, giving staff, patients and visitors a chance to bear witness to the annual miracle.

While most delighted in the emergence of the hatchlings, surgeon Dr. Mark Dickeson said he tries to shoo the birds away every year in an attempt to prevent people from being traumatized the way he was one early morning when he came to check on the baby birds after crows had ravaged the nest.

“They call it a murder of crows – there’s a reason for it,” he said. “Nothing could be done to save the chicks that day.”