Black bear struck and killed by bus in North Vancouver

A black bear was killed in North Vancouver Monday night after being hit by an out-of-service transit bus on Capilano Road near Capilano Crescent.
0
Oct 11, 2019 2:07 PM By: Jane Seyd

A black bear was killed in North Vancouver Monday night after being hit by an out-of-service transit bus on Capilano Road near Capilano Crescent. 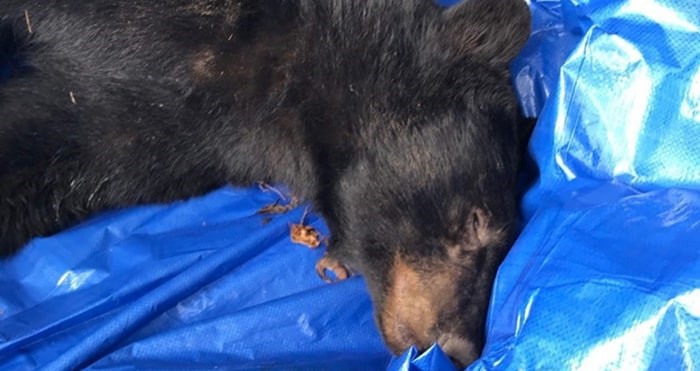 Sgt. Simon Gravel of the Conservation Office said the bear was reportedly hit by the bus when the driver wasn’t able to stop as the animal ran across the road.

The bear reportedly ran off into the bush after it was hit, but was later found dead near the side of the road by two pedestrians.

The scenario of bears being fatally struck by vehicles isn’t that unusual, according to both Gravel and Christine Miller of the North Shore Black Bear Society.

Usually, however, the bears that are killed on the North Shore are hit on the highway. “I don’t hear of it very often on residential streets,” said Miller.

She added there have been a number of bear sightings in the area recently and that the bear hit was likely the same animal.

District of North Vancouver crews removed the bear’s body Tuesday morning and took it to a local animal cremation facility.

Both Miller and Gravel said residents still need to be careful about managing their garbage and compost, as bears are still bulking up for hibernation.

Problem bears have been recently reported in Grousewoods, Riverside Drive and Deep Cove.

Conservation officers set a bear trap in Deep Cove this week after a food-conditioned bear who had been getting into garbage and green bins was reported to be chasing residents into their houses, said Gravel.

In the Riverside area, another bear has been breaking into the organics and garbage carts, added Miller.

Her group is urging residents to freeze all smelly waste and only put it in the cart on pickup day. She added she’s even heard of some families who have an extra small freezer to store dirty diapers – a bear attractant - until garbage day.

A total of 10 bears have been destroyed by conservations officers on the North Shore so far this year.