This blind sheep has had a tough life, but B.C. animal sanctuary wants to make it better

She had been kept in a barn for the past year because the farmer didn’t know that Shira was blind when they bought her and had no safe area outside.
0
Aug 2, 2019 1:06 PM By: Jessica Kerr 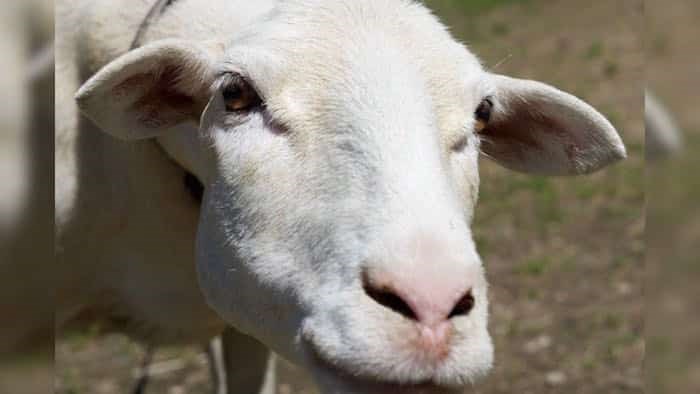 A B.C. animal sanctuary is looking for help making one of their newest residents a little more comfortable.

Diane and Harry Nicholson opened Twin Heart Animal Sanctuary in Tappen, B.C., which is near Salmon Arm, three-and-a-half years ago.

Both grew up in Vancouver — Diane, a life-long animal lover, even worked at the Stanley Park children’s zoo as a teen. But the couple wanted to get away from city life. They eventually settled in Tappen where they found a property that seemed perfectly suited for an animal sanctuary. Today they have more than 30 rescued farm animals, but one of their most recent additions requires a bit more care.

About a month ago, Diane saw an online ad advertising a free sheep.

“As soon as I see that, I know what’s going to happen because people are always looking for older animals for dog food,” she said. “People who like to feed their dogs raw meat find these animals… and kill them for dog food.”

Diane contacted the seller and was able to rescue the sheep, Shira, who was in rough shape. At six-years old Shira, a hair sheep, was likely bred every year of her life, Diane said, and soon after giving birth would have her babies taken away.

When Shira arrived at Twin Heart, she had recently given birth to twin ewe lambs. Diane said they tried to get the lambs as well, but the farmer wanted to keep them for breeding.

Shira’s udder was swollen from the sudden weaning, she was emaciated and her belly was distended due to a worm infection, her coat was greasy and her skin was yellow and flakey. Shira is also blind.

“She was frightened, not being able to see, and missing her babies,” Diane said, adding that Shira also appeared happy being outside.

She had been kept in a barn for the past year because the farmer didn’t know that Shira was blind when they bought her and had no safe area outside.

With the current set up at Twin Heart, Shira must be kept tied up when she’s outside during the day, which allows her to roam to some extent but keeps her safe from falling off a drop-off from a retaining wall on the property.

Diane said she attends to Shira at least 15 times a day — moving her from the hay to the grass, and closer to two goats, Koni and Keitou, and a donkey that also live at the sanctuary.

Diane recently launched an online fundraiser aimed at raising $5,000 to purchase 30 sheep panels to go around the retaining wall, which would allow Shira to safely roam free. The money would also help fund the construction of a new shelter for Shira and Koni. They are currently housed in a trailer that’s meant for emergencies.

“Shira is a special soul and we’d like to help her live out the rest of her years in peace and with a feeling of joy,” Diane said.

As of Tuesday, the GoFundMe campaign had already raised $1,145.