Señor Cinco, the California sea lion found seriously injured on Spanish Banks in May 2017, on Wednesday moved into a new long-term home at Vancouver Aquarium.
0
Jun 7, 2018 3:21 PM By: Jessica Kerr 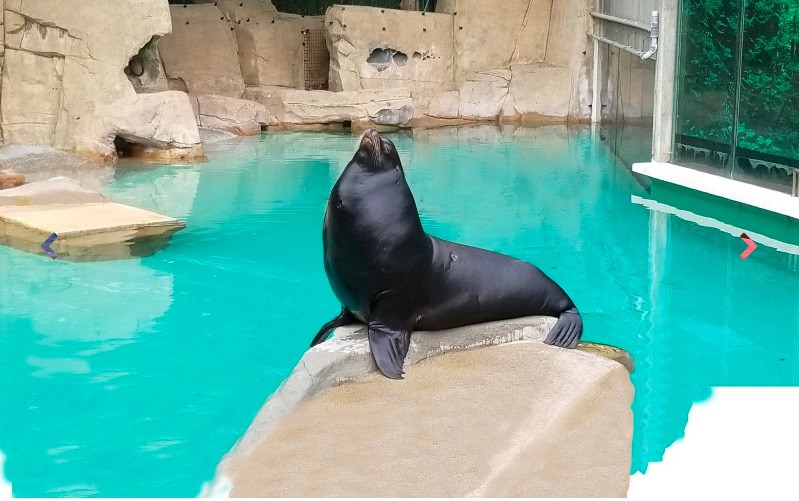 Señor Cinco, the sea lion found near death on a Vancouver beach last year, has found a new home at Vancouver Aquarium.

The adult male California sea lion was found on May 5, 2017 in critical condition. He had been shot twice in the face with a small-caliber gun. Blinded and with broken teeth, Señor Cinco was unable to forage for food and by the time he was discovered on Spanish Banks he was emaciated and too weak to move.

“We could tell immediately that his condition was critical,” Lindsaye Akhurst, manager of Vancouver Aquarium’s Marine Mammal Rescue Centre, said in a press release. “An adult sea lion should not be easy to approach, but he was lethargic and not responsive to activity arounf him onb the busy public beach.”

Veterinarians were able to remove the broken teeth and the sea lion was soon able to start eating again. Estimated at about 10 years old, Señor Cinco gained more than 140 kilograms over the 13 months of his recovery. He also won over the hearts of those caring for him.

“We don’t play favourites; we care about all of the animals that come through here,” Akhurst said. “But Cinco really is a special animal; he’s a bit of a gentle giant. He can’t see us but he responds to the sound of our voices and take his fish like such a gentleman.”

Because he is blind and unable to care for himself, Fisheries and Oceans Canada has deemed Señor Cinco non-releasable. On Wednesday, the marine mammal rescue team transported him to Vancouver Aquarium where he moved into his new digs in the Sugar habitat.

“He is settling in just fine,” said marine mammals curator Brian Sheehan. “His first day was spent starting to feel his way around his new habitat, but in the weeks and months to come, Cinco will begin his training, learning behaviours that will help us take care of him, and provide exercise and enrichment.

“In Cinco’s case, because he’s blind, we’ll be relying on hearing and touch rather than sight.”

Señor Cinco is the first California sea lion to take up residence at the aquarium. The males of the species is distinguishable from its cousin, the Stellar sea lion, by its blonde “buzz cut,” the sagittal crest on its head.