'Friendly' bobcat stops by B.C. home for a visit (VIDEO) 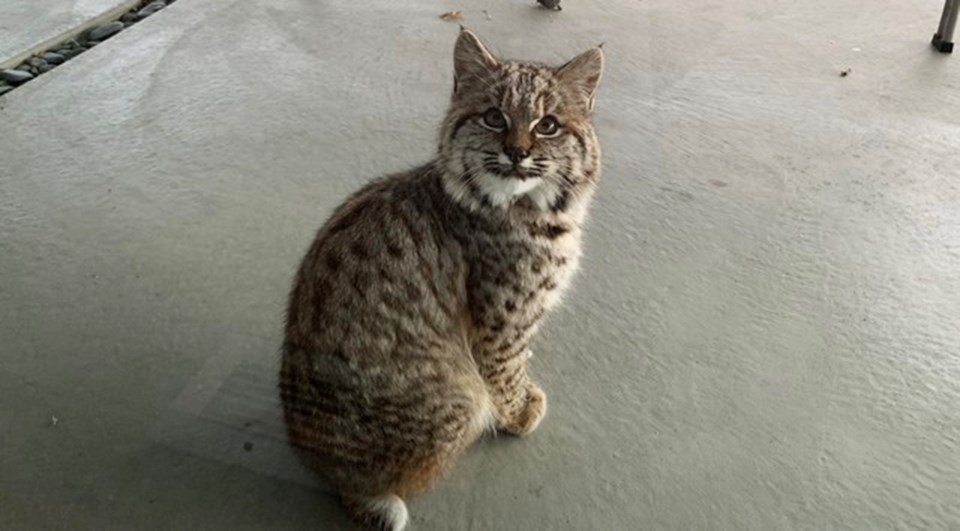 A seemingly unconcerned bobcat made itself at home on the patio of Kelly Wilson's East Kelowna home Sunday. Photo: Kelly Wilson

A Kelowna couple were given front row seats to some elusive wildlife last weekend.

A seemingly unconcerned bobcat made itself at home on the patio of Kelly Wilson's East Kelowna home Sunday.

Wilson, who owns Forbidden Spirits Distillery on Wallace Hill Road, says the cat didn't appear to be too concerned about them being on the other side of their sliding glass door.

“He was so friendly, he wasn't even scared. I was about a foot away from him, on the inside of the glass sliding door and he was just right on the other side,” Wilson said.

“We have two cats inside, and he kind of flung himself at the glass door.”

Wilson says she's never seen a bobcat on their property before. “He wasn't huge, I think it may have been a juvenile. He looked kind of kittenish.”

Here is why this fierce B.C. animal is called the 'hyena of the north' (VIDEO)
Jan 21, 2020 10:59 PM
Comments
We welcome your feedback and encourage you to share your thoughts on this story. We ask that you be respectful of others and their points of view, refrain from personal attacks and stay on topic. To learn about our commenting policies and how we moderate, please read our Community Guidelines.