Canadians, Americans divided on issue of zoos and aquariums: poll

Where Canadians - and British Columbians - stand on animals for eating, hunting, or entertainment.
Sep 21, 2020 1:07 PM By: Mario Canseco 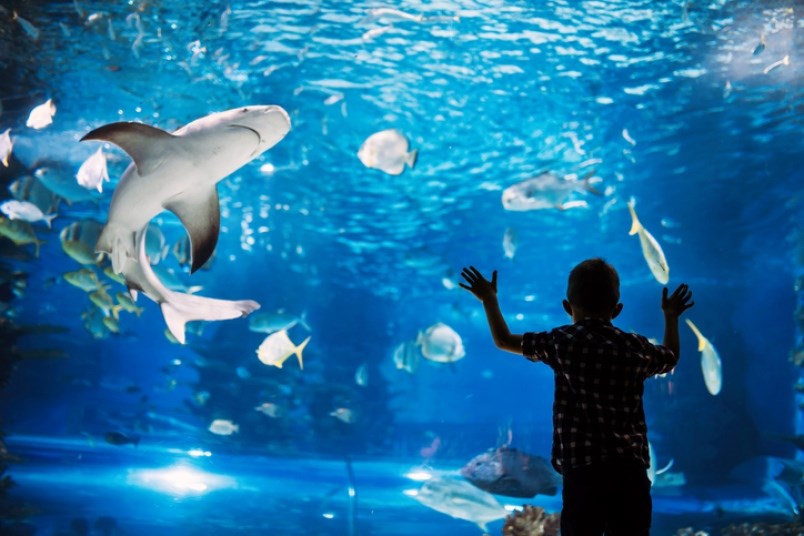 Late last year, Research Co. and Glacier Media took an initial look at the relationship between Canadians and animals.

At the time, the country’s residents appeared to express outright dismay at practices like trophy hunting and killing animals for their fur, but sizable majorities had no problems with eating animals or hunting them for meat.

In 2020, we wanted to once again review the feelings of Canadians but adding the perspectives of our southern neighbours. The two-country survey shows that the views of Canadians and Americans are common on some crucial topics, even if the prevalence of certain attitudes related to animals is not as significant in some parts of the United States.

Across the two countries, about three in four residents (76% in Canada and 75% in the United States) are in favour of eating animals. Opposition to this custom is highest among women (24% in each country) and residents aged 18 to 34 (27% in Canada and 25% in the U.S.). Quebec (23%) and the Northeast (26%) are the North American regions with the largest appetite for vegetarianism or veganism.

One of the biggest differences between Canadians and Americans is observed in their opinions on zoos and aquariums. The COVID-19 pandemic has greatly affected the activities of these venues, some of which are bringing in fewer visitors in an attempt to abide by social distancing guidelines. Others have temporarily closed their doors.

In Canada, half of residents (51%) are opposed to keeping animals in zoos or aquariums, while 39% are in favour of this custom. Support varies across the country, from a low of 35% in Ontario to a high of 46% in Alberta. Almost half of Canadian men (47%) do not have a problem with animals in captivity, compared to just one-third of women (33%).

There are some sizable differences in political allegiance, with support for keeping animals in zoos or aquariums climbing from 35% among Liberal Party voters in the 2019 federal election, to 40% among New Democratic Party (NDP) supporters, to 50% for Conservative Party voters.

The findings change in the United States, where there are no major regional fluctuations. Almost two-thirds of Americans (64%) are in favour of keeping animals in zoos or aquariums, and just over three in 10 (31%) are opposed.

The issue of using animals in rodeos is decidedly more contentious in the United States. Americans are evenly divided on this practice, with 46% saying they are in favour of it and 46% opposing it. The gender gap is large, with 58% of men supporting the use of animals in rodeos compared to only 34% of women. Republican Party sympathizers are also significantly more likely to be in favour of rodeos (65%) than Independents (37%) and Democrats (36%).

In Canada, as was the case last year, opponents of the use of animals in rodeos outnumber enthusiasts by a two-to-one margin (62% to 32%). In Alberta, 49% of residents are in favour of using animals in rodeos. Support is significantly lower in British Columbia (33%), Quebec (27%) and Ontario (25%).

Two other customs are unquestionably less popular in North America. Only 25% of Americans and 19% of Canadians are in favour of killing animals for their fur. Aversion to the practice is highest among women (85% in the United States and 83% in Canada).

On the issue of hunting animals for sport, positive perceptions in Canada have fallen to single digits, with just 8% of Canadians favouring this practice. Support for trophy hunting plummets to just 5% among Canadians aged 55 and over.

In the United States, 25% of Americans are in favour of hunting animals for sport. The expected gender gap persists (39% among men, 11% among women). Also, while only 16% of Democrats favour trophy hunting, support climbs to 44% among Republicans.

There are several disparities in the way Canadians and Americans relate to animals. On the convoluted issue of entertainment, the views of Canadians have evolved at a faster pace. Both countries hold roughly the same opinions on food and are developing a greater disgust for the use of animals as garments and trophies.

Results are based on online studies conducted from September 4 to September 6, 2020, among representative samples of 1,000 adults in Canada and 1,200 adults in the United States. The data has been statistically weighted according to Canadian and U.S. census figures for age, gender and region in each country. The margin of error, which measures sample variability, is plus or minus 3.1 percentage points for Canada and plus or minus 2.8 percentage points for the United States.