These 12 hours in the life of this lucky champagne tabby cat will likely mean she’ll never leave her Richmond house again.
0
Jun 26, 2018 10:56 AM By: Alan Campbell

Until around 5 a.m. last Thursday, little Lily had never been outside in her 18 months on the planet. 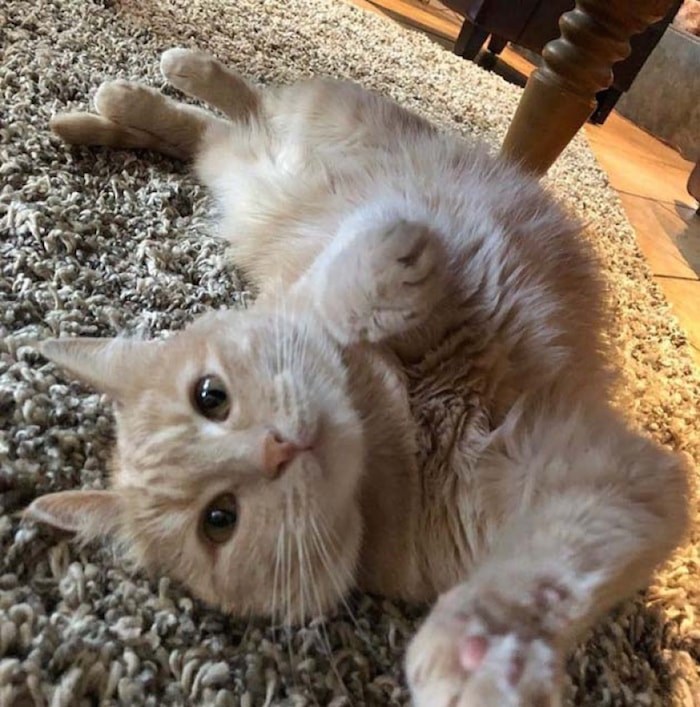 The drama started early Thursday morning, when Ruca Abbott’s daughter, Alexandra, woke everyone up in the house – close to Garry Point Park, Steveston – after noticing the front door was inexplicably wide open.

A frantic, PJ-wearing search of the neighbourhood ensued over the next hour or so, but to no avail. Lily was gone.

Ruca and her daughters posted flyers in the community and flooded social media to appeal for their precious pet’s return.

“I had blisters on my feet; we literally didn’t stop looking for her the whole day,” Ruca told the Richmond News.

However, about 7 p.m. the same day, she received a phone call from a man asking, “Did you get your cat? I gave it to Burnaby SPCA.”

Believing it to be a mistake, Ruca replied, “I don’t think that’s our cat, we live in Steveston.” 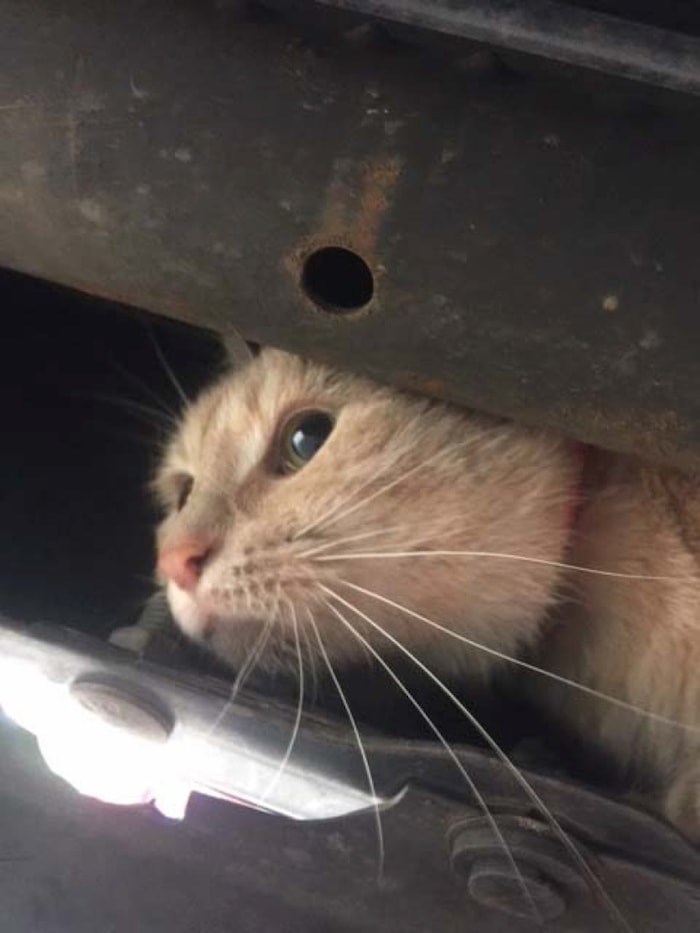 A neighbour of Steveston resident Ruca Abbott drove from Richmond to Vancouver and then Burnaby, not knowing little Lily was curled up in his bumper. (Photo: Submitted/Richmond News)

She was then stunned to hear the man, known only as Corey, retort that he lives “about 100 yards from you guys. (Lily) must have gotten into my car’s bumper. I noticed the tail hanging out when I got to Burnaby.”

Apparently, Corey, after noticing the cat’s tail hanging out under the bumper, had taken Lily to the SPCA in Burnaby to get Lily out of the bumper.

She had a microchip on her shoulder and the SPCA had left a voicemail on the Abbott’s landline, which they hadn’t checked.

But that’s not the end of the story.

“We went to pick her up on Friday morning; she was a little dirty, but there wasn’t a scratch on her,” Ruca added.

“But it was only then that we realized the full extent of what had happened. Corey had driven all around Vancouver during the day before heading to Burnaby.

“Lily had been in the bumper the whole time. Incredible. We can’t thank Corey enough. What a guy.”

Asked if Lily will likely venture out in the “wild” again, Ruca said, “That’s the million-dollar question.

“I hope not; I can’t handle another day like that!”

Read more from the Richmond News.