A drive-by shooting may have taken the life of the Notorious B.I.G. 20 years ago, but a Prince George cat named for the rapper has managed to survive a different kind of shooting.

Nicole Crandell was both elated and shocked when her cat Biggie was returned to her nearly three weeks after he had gone missing - elated that he was still alive and shocked that he was found with extensive injuries from being shot with a pellet gun. 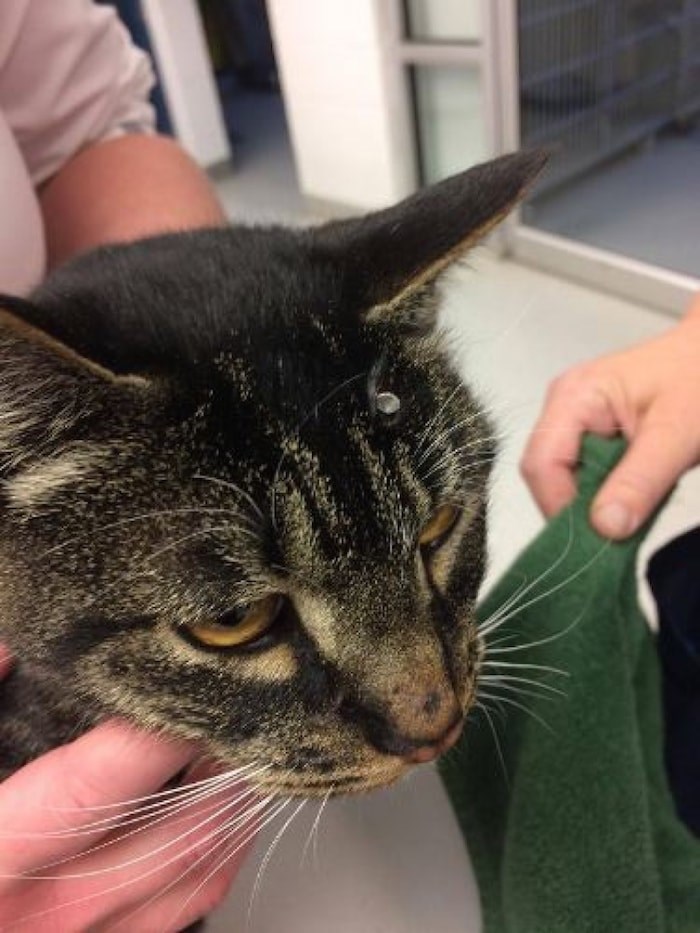 Four-year-old Biggie was found in Blackburn suffering from several shots from a pellet gun 2 1/2 weeks after he went missing from his College Heights home. – PHOTO PROVIDED BY NICOLE CRANDELL

Now she's asking for the public's help to track down the culprit.

"Obviously, we're super, super happy to have him home but really saddened by the fact that he was pretty traumatized," Crandell said. "Imagine going through that, getting shot at least four or five times, it's just really saddening."

Crandell lives in College Heights area of Prince George by a greenbelt so when four-year-old Biggie first went missing on November 3, she thought a fox might have got him.

But 2 1/2 weeks later, she got a call from a veterinarian who told her he had been found in Blackburn, about 15 kilometres away. The feline was traced back to Crandell through a tattoo in his ear.

The good news was countered by the fact more than five shots from a pellet gun were found in his head, cheek and spine. Three of them remain following surgery to remove the shots.

She speculated Biggie was kidnapped from College Heights, taken out to Blackburn, shot point blank multiple times, then dumped and left to die.

She said a file has been opened with the SPCA.

Incidentally, Crandell's other cat's name happens to be Smalls.